Skip to Main Content
BlogTechnical AnalysisWhat is a Hammer Candlestick Pattern in Trading?

Technical analysis has been used since the 1900s to predict stock market prices. Unlike fundamental analysis, market technicians believe that all available information is already reflected in a stock price, and day-to-day market fluctuations are more a function of human emotion (fear and green) than changes in the underlying value of a company. 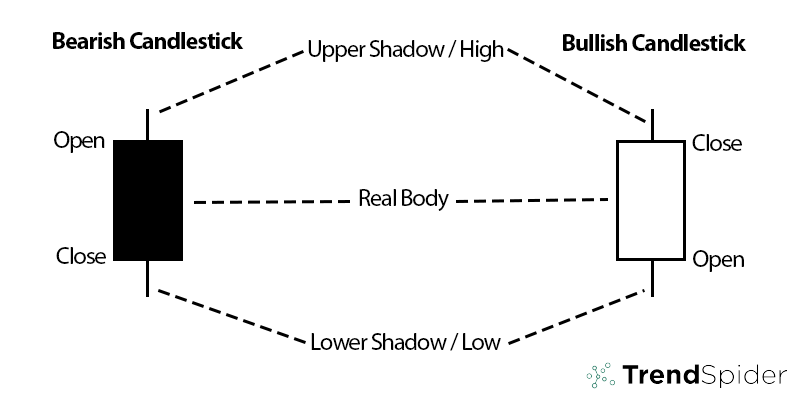 For example, a small candle with long wicks suggest that the period was characterized by a lot of indecision in the market. Traders may want to exercise caution since there’s no clear direction. On the other hand, a large candle with short wicks suggests that the stock moved strongly higher or lower, and a longer-term trend may soon emerge.

Let’s take a look at one of the most frequent and popular candlesticks used to predict bullish reversals—the Hammer.

There are four different ways to interpret Hammer candlestick patterns depending on their orientation (standard or inverted) and position within the larger trend.

The Bullish Hammer is a bullish reversal pattern that follows a downtrend. The lower wick indicates a struggle between bulls and bears for control over the price, while the candle’s positive close shows that the bulls ultimately won the fight. In addition to predicting reversals, bullish hammers can also indicate important support levels.

The Inverted Hammer, not surprisingly, looks like the Bullish Hammer, but it’s upside-down. Like the Bullish Hammer, the bullish reversal pattern appears following a downtrend. The long upper wick suggests a lot of indecision in the market, but the positive close shows that bulls may have managed to gain the upper hand. 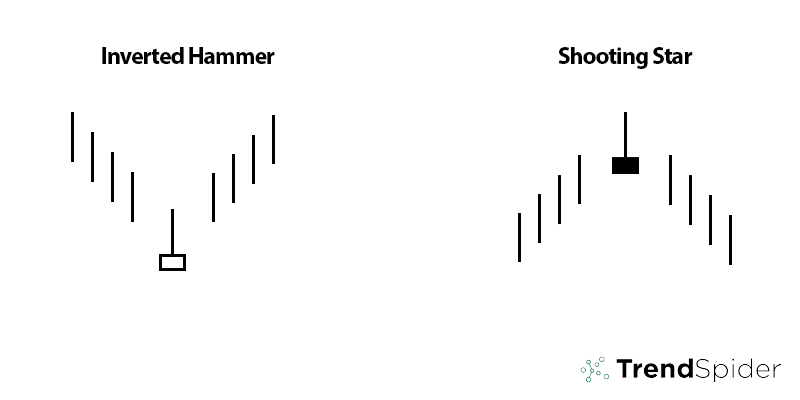 The Shooting Star is a bearish reversal pattern that looks similar to the Inverted Hammer, but it appears following an uptrend and the candle has a negative close. The long upper wick indicates that the price gapped higher, but the failure of the bulls to remain in control throughout the period suggests that there could be a change in trend ahead.

How to Trade a Hammer

The Hammer candlestick patterns are relatively common and fairly accurate in predicting reversals. According to Bulkowski’s research, the Hammer is in the top third percentile in terms of frequency and correctly predicts a bullish reversal 60 percent of the time.

In reality, candlestick performance depends largely on the individual security. Hammer patterns may be much more accurate predictors of reversals in some securities, and not so great predictors in others. You should experiment with the Hammer and other candlestick patterns to see what works best for a given security, timeframe, and situation.

As with all candlestick patterns, Hammer patterns work best when combined with other forms of technical analysis that act as confirmation. The Hammer’s long wick suggests that plenty of indecision remains in the market, and it’s important to watch subsequent candlesticks and consider the wider trend to confirm a reversal before placing a trade.

In this chart, TrendSpider identified a Shooting Star on November 9th. The following candle shows a strong move lower that confirmed the change in trend. An Inverted Hammer marked the end of the downtrend on November 23rd, and the price rose to form a bearish double-top chart pattern. The index then experienced a significant decline.

Candlestick charts are a great way to gauge market psychology at-a-glance. While they don’t generate surefire signals on their own, they are great leading indicators for potential reversals that can be confirmed with other forms of technical analysis.

TrendSpider makes it easy to spot Hammers and other candlestick patterns. Sign up for a free trial and see how you can improve your trading with automated pattern recognition.