Skip to Main Content
BlogPrepare for the Trading WeekMarket Update Into 3/14: Markets on Thin Ice

Though the major indices did experience a few constructive days, as well as held their most recent relative lows, things do seem to be on very thin ice as we close out this week. With continued unrest in Europe and rising commodities prices, the fear is palpable and markets seem like they might just be poised for a continuation move lower. 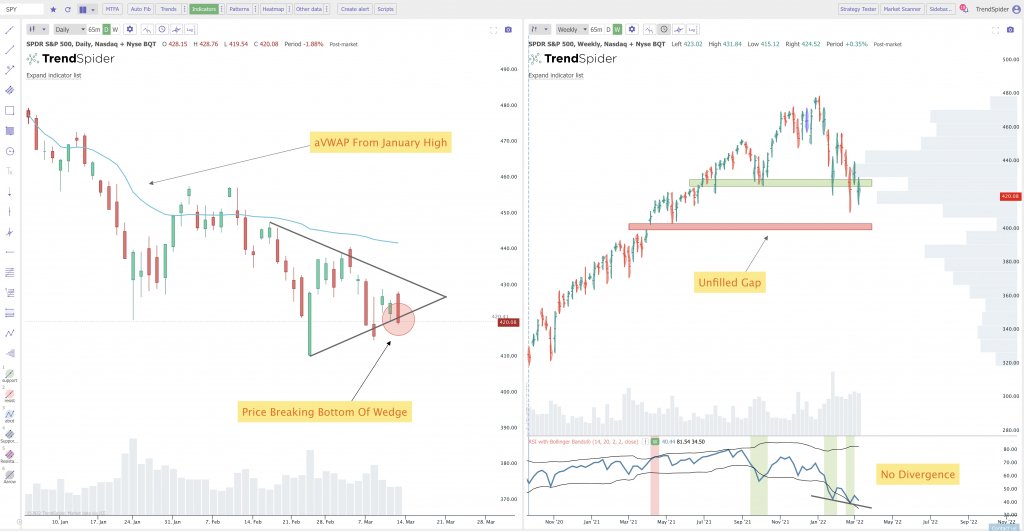 This week, the $QQQ ETF closed at $324.39 (-3.85%), making it the weakest performer of the bunch. Though the support level in green continues to hold, we can see a wedge breakdown occurring on the daily time frame. If the price fails below the current support level, the area in red might come into play in the coming sessions. 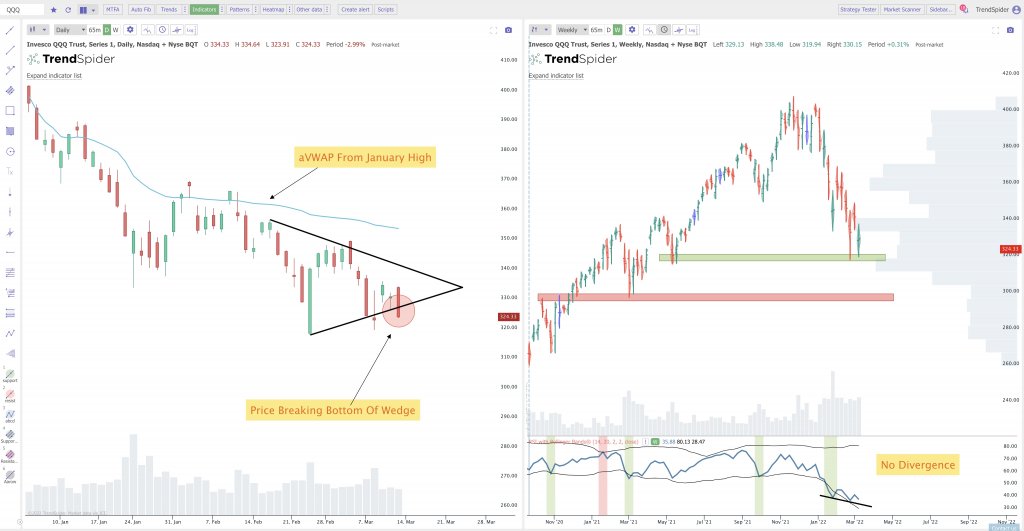 This week, the $IWM ETF closed at $196.62 (-1.00%), making it the strongest performer of the bunch.  Just like the $SPY and the $QQQ, this index is seeing price breaking down on the daily chart. Again, the green zone is acting as support for now and a glimmer of hope can be seen in the RSI divergence on the weekly time frame. That said, if the price is to fail that support zone, the next major level of interest lies quite lower, at the unfilled gap around $165. 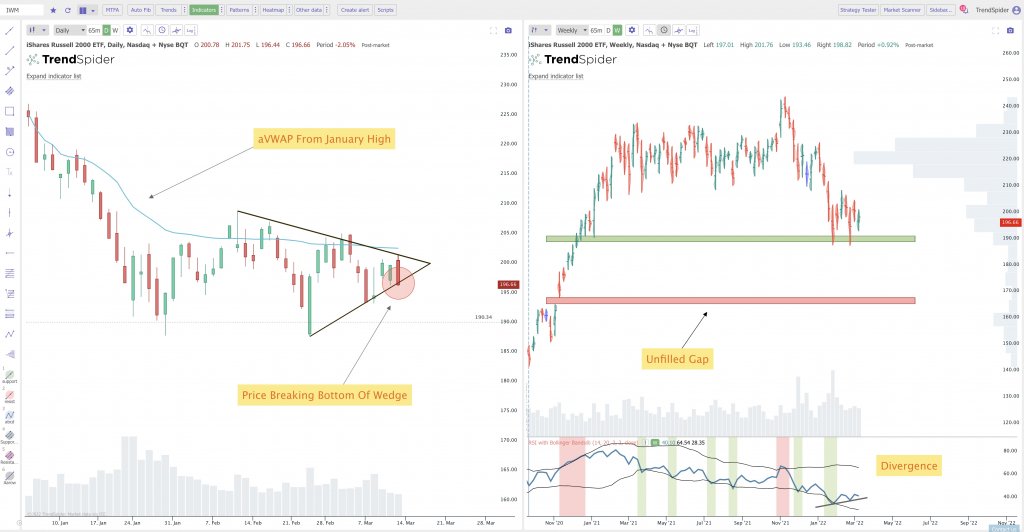 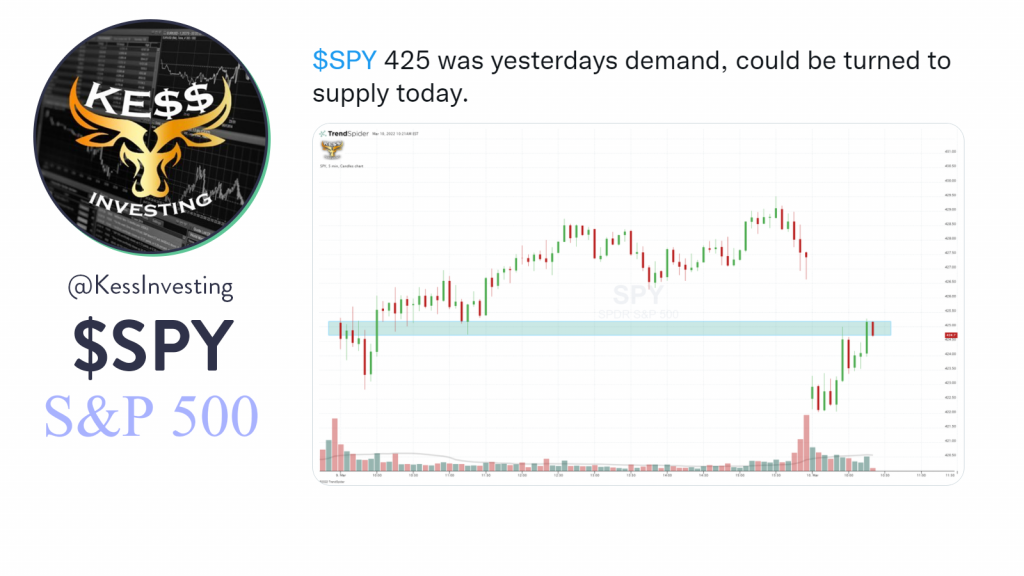 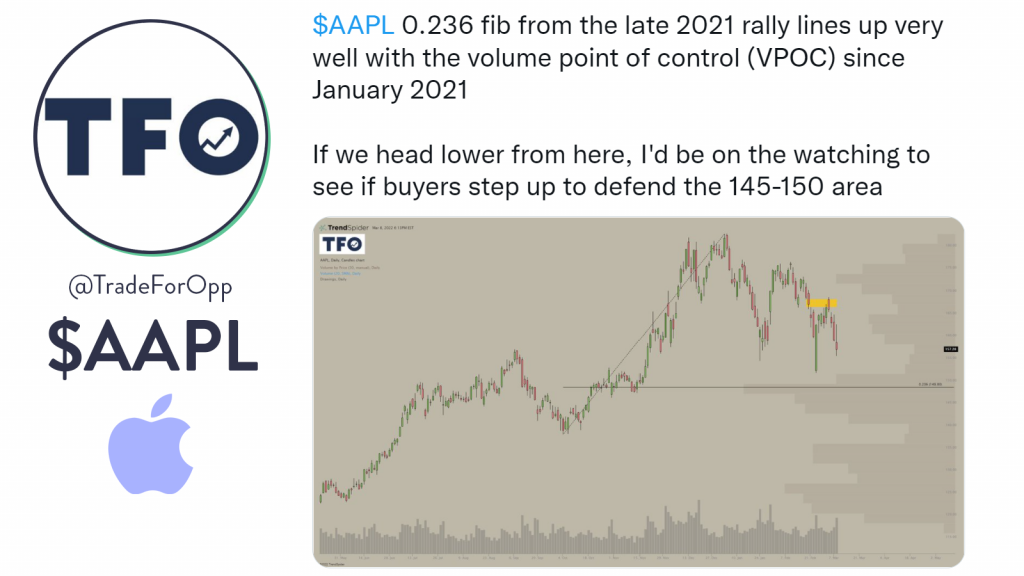 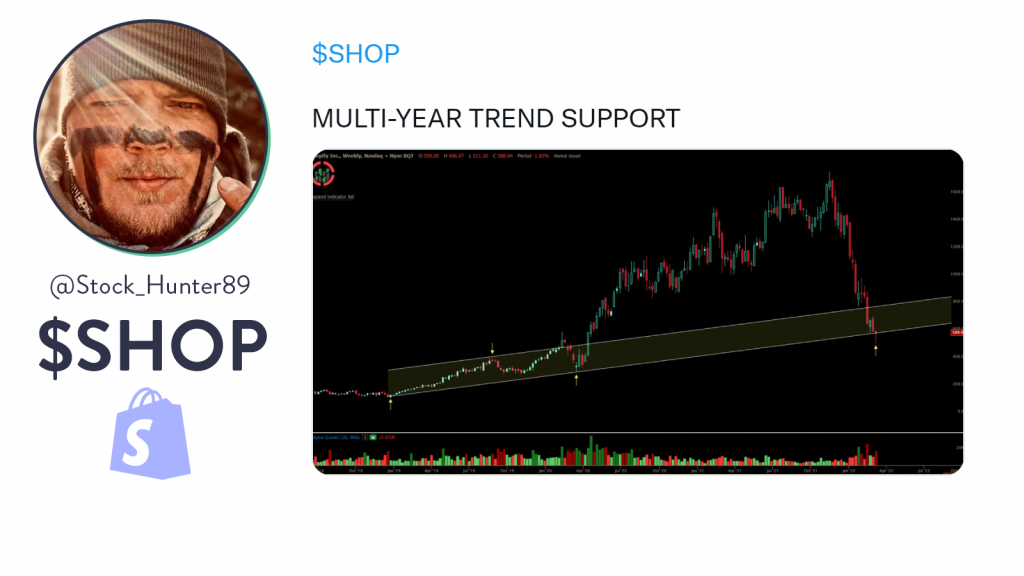