Skip to Main Content
BlogPrepare for the Trading WeekMarket Update Into 6/28: The Broad Market Takes the Reins and Closes at New Yearly Highs

The broad markets and major indexes decided to celebrate the 4th early; booking impressive gains at the close on Friday. Of note, the S&P 500 closed at new all-time highs, signaling that investors are digesting new economic data on inflation as transitory and any rate hikes to be much later than sooner. The U.S. core PCE price index rose to highs not seen since 1992; however, coming in lower than expected on a month-to-month basis, which was received favorably by the markets. In addition to economic data alleviating investors’ inflation fears, Washington finally sealed a bipartisan deal on infrastructure spending which is being interpreted as the shot in the arm which will keep the fragile U.S. economy from stalling in the near term. 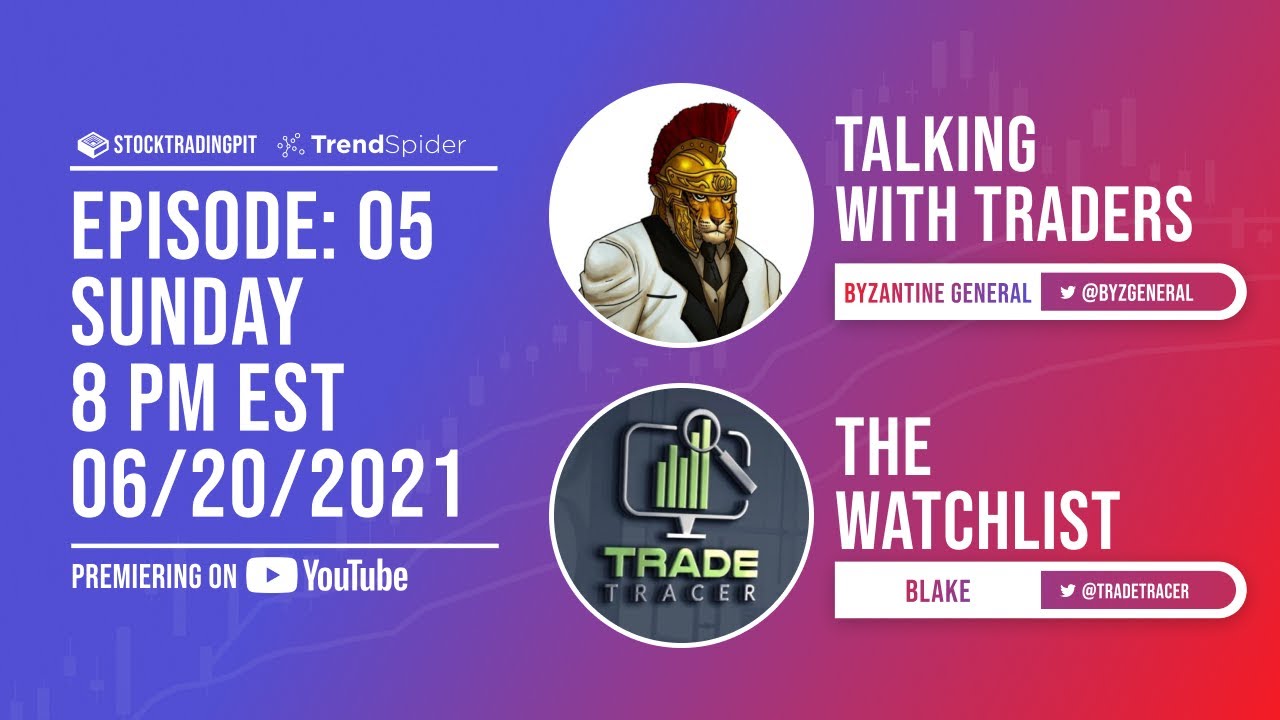 The $SPY closed at $426.57 (+2.34%). Looking at the daily Raindrop Chart® price has finally closed above the upper trendline of the broadening wedge; with volume in the upper price range of the raindrop®. On the weekly, price has closed impressively above the highest volume nodes which now serves to be a possible launchpad for new highs. 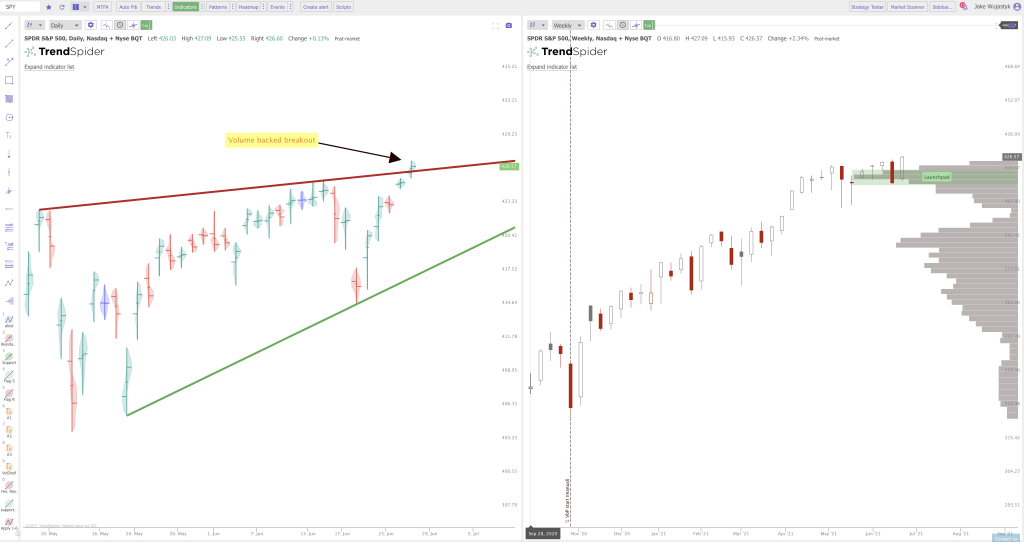 The $QQQ closed at $349.48 (+2.06) on Friday. Mid-week, price broke through the upper trendline and appears to be moving towards a test seen in the volume building on the daily Raindrop Chart® on Friday’s close. On the weekly, price has finally absorbed supply to close strongly above the upper trendline of the ascending triangle, stoking optimism for a continuation. Very much looking forward to next week’s opening. 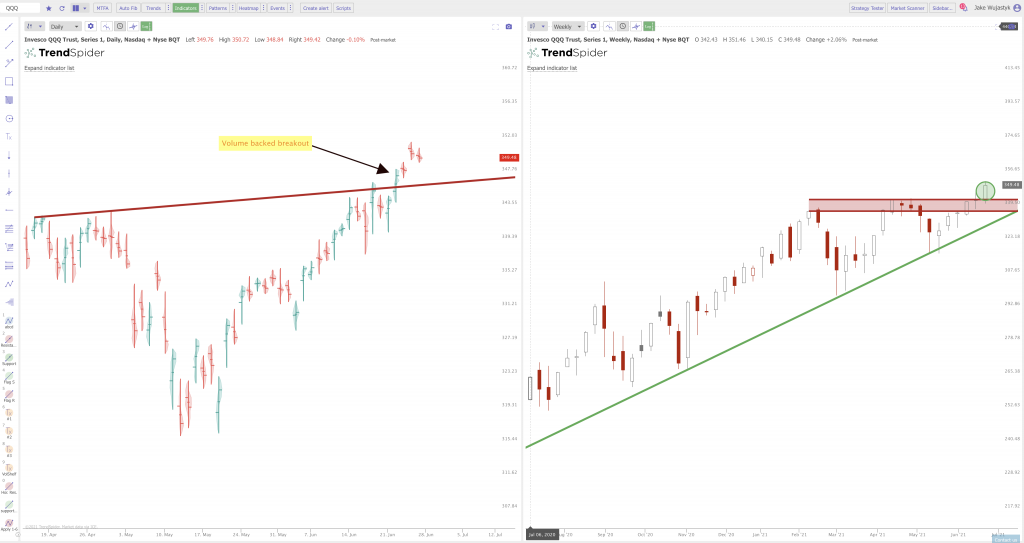 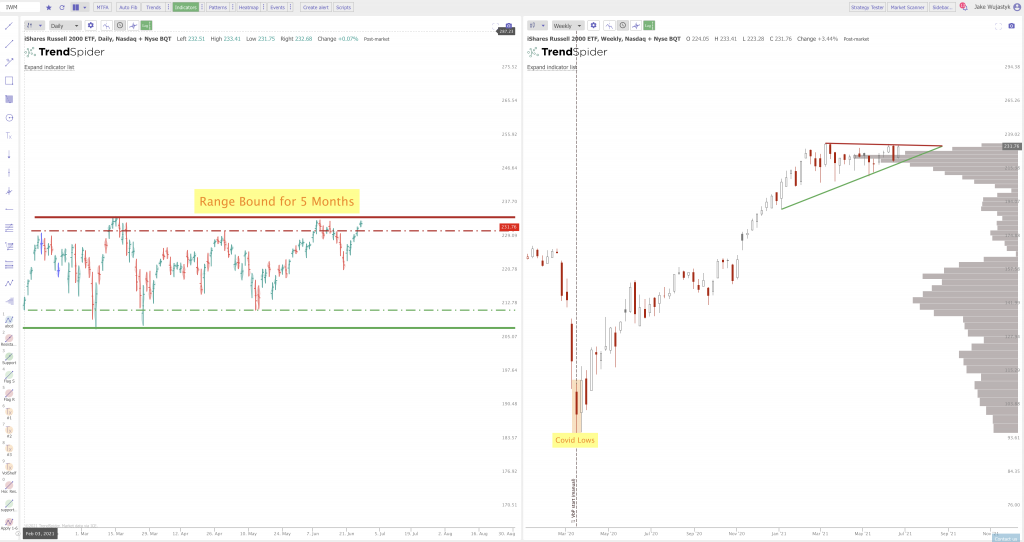 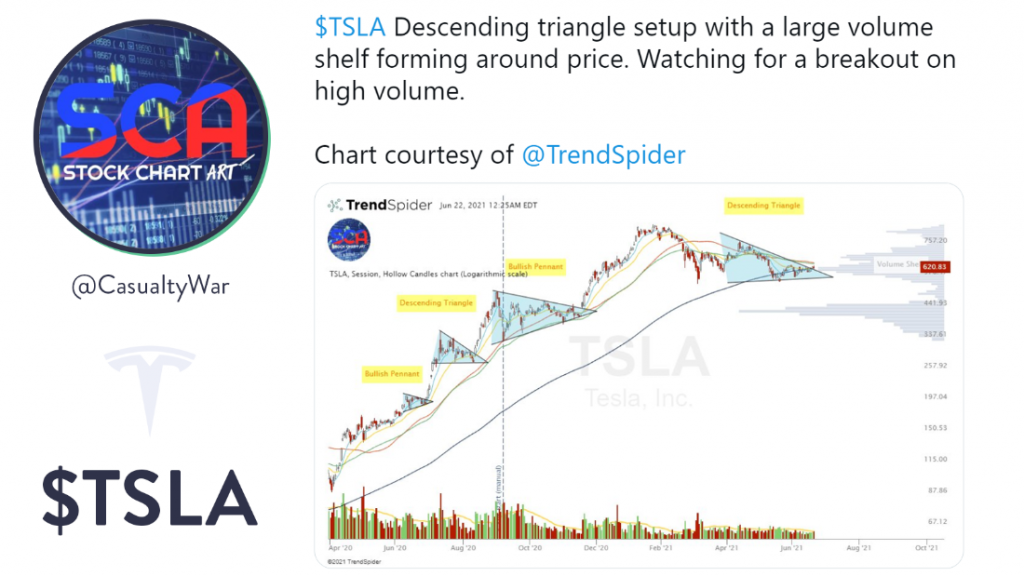 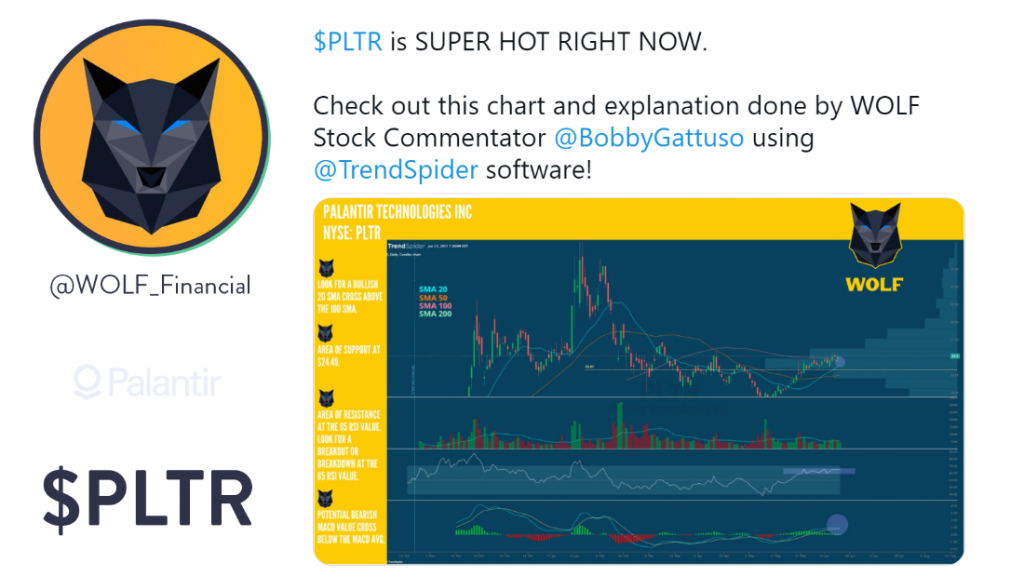 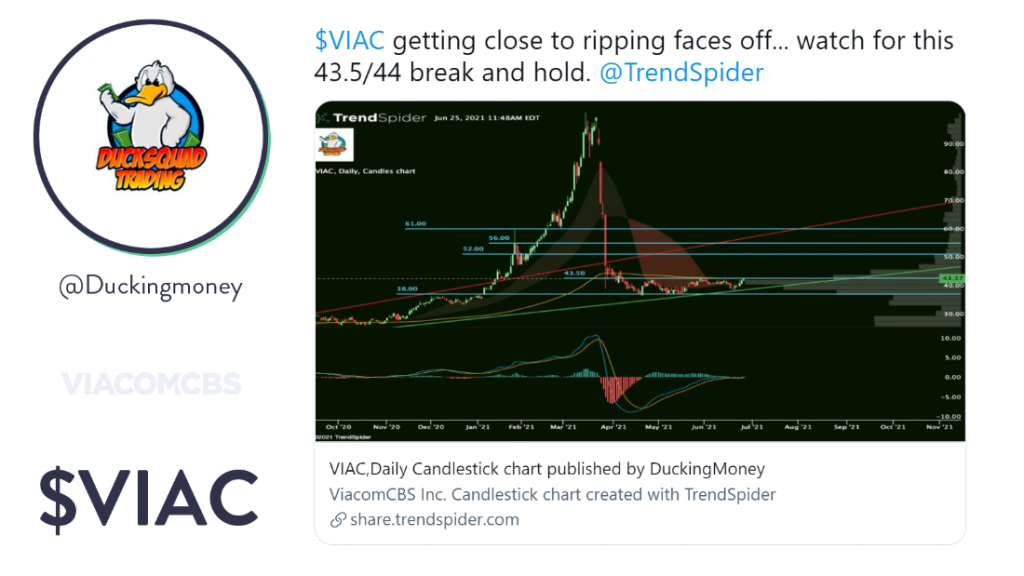