Skip to Main Content
BlogPrepare for the Trading WeekMarket Update Into 2/28: Another Wild Week in the Markets

Despite some late-week strength that coincided with news of the Russian invasion of Ukraine, the markets continued their slide to the downside this week. Though it’s too early to say if conditions now favor the bulls, we have to at least note the possibility of double bottoms being made across the indices.

This week, the $SPY ETF closed at $437.69  (+0.80). Though it did make a new low on the weekly time frame, price appears to have found support at the AVWAP from the September 2020 lows. Adding confirmation to the idea that a potential double bottom is in play is the RSI Divergence that can be seen on the daily chart. 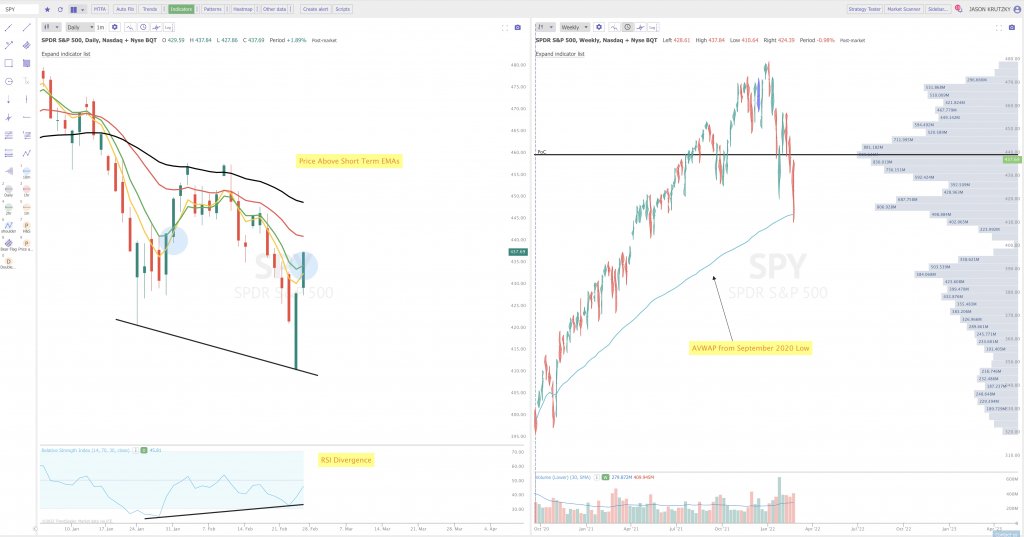 This week the $QQQ ETF closed at $345.84 (+1.27%). making it the 2nd strongest performer of the major indices. Much like the $SPY, a clear RSI divergence and potential double bottom is visible on the daily time frame. By the skin of its teeth, this index was able to close just above the AVWAP from the September 2020 lows, as well. 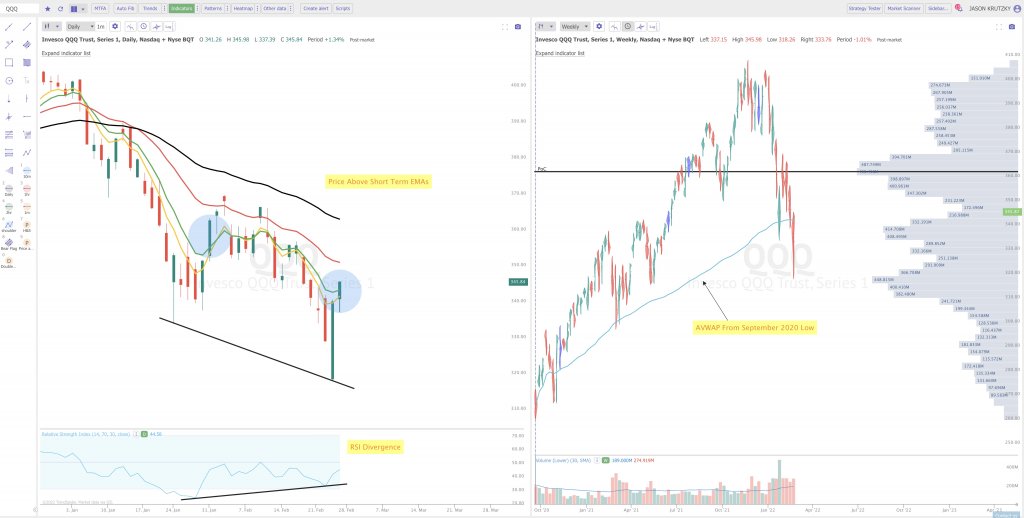 This week the $IWM ETF closed at $202.61  (+1.58%), once again making it the strongest performer of the major indices. Though the bear flag that we noted last week did resolve to the downside, it appears this index might be putting in a double bottom right at the AVWAP from the March 2020 covid lows. 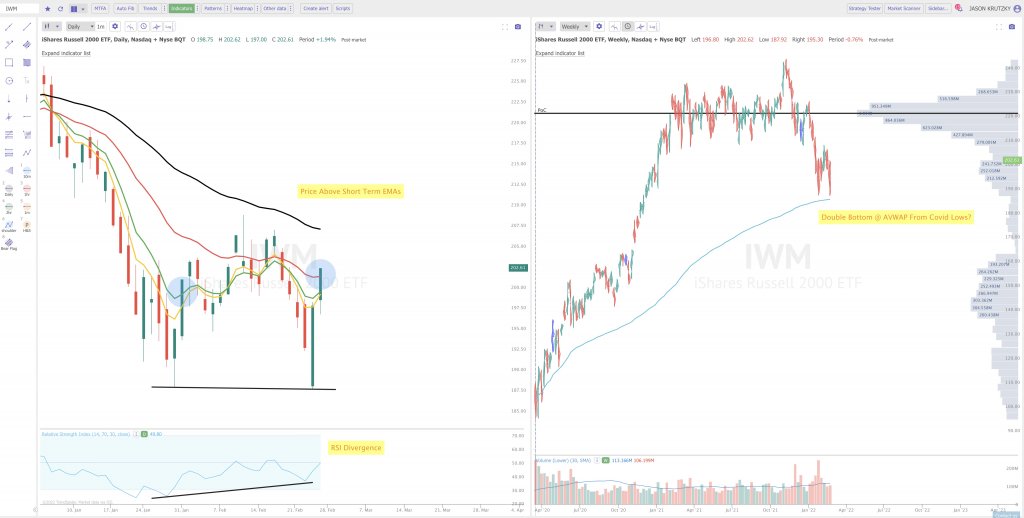 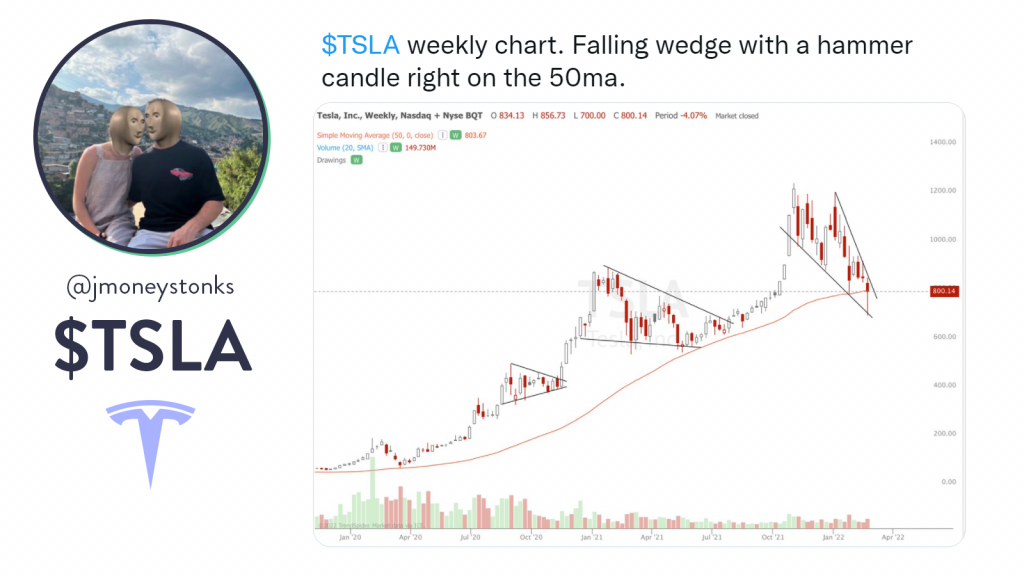 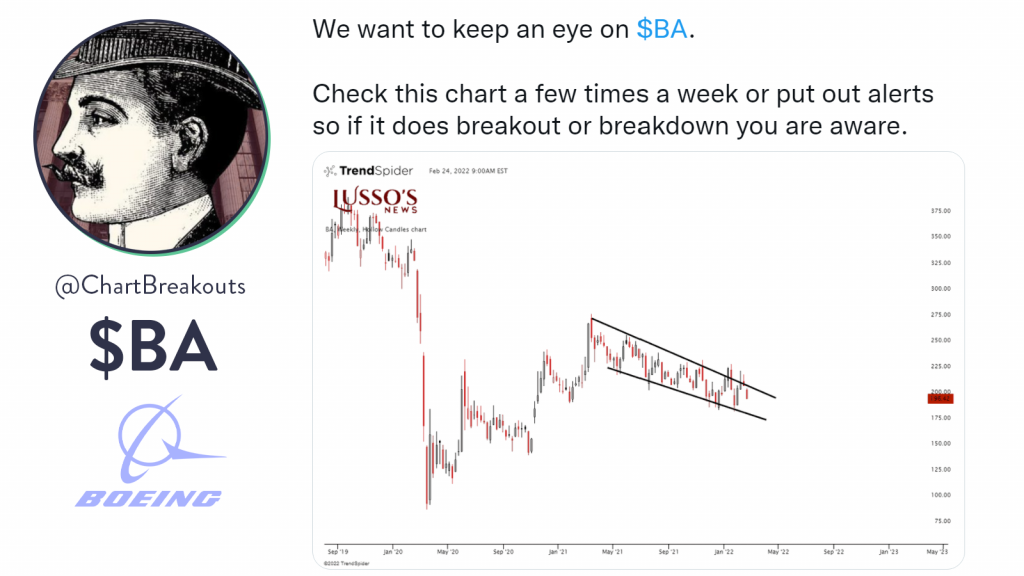 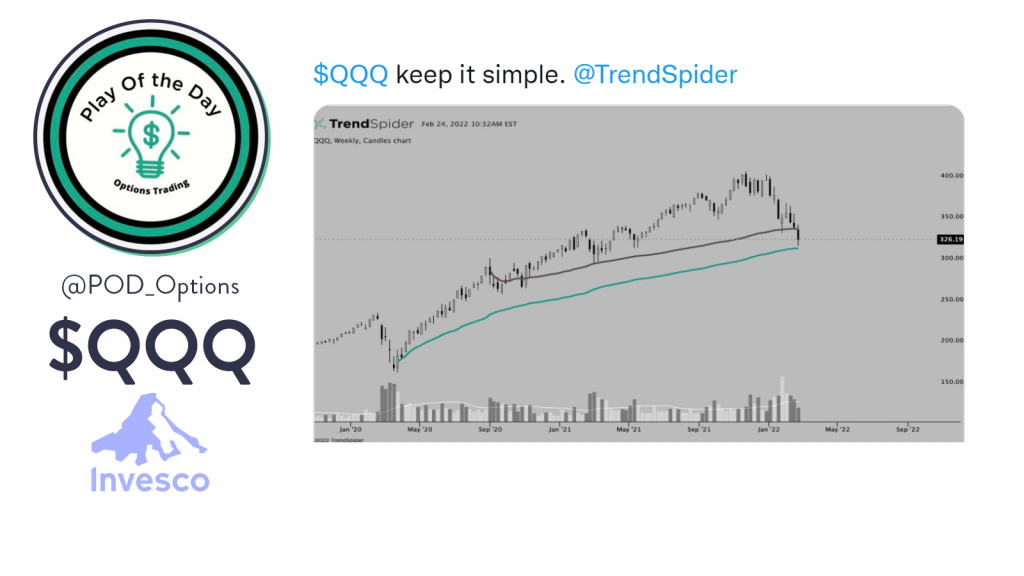