Skip to Main Content
BlogPrepare for the Trading WeekMarket Update Into 2/22: The Bears Maintain Control

Our suspicions at the close of last week regarding the market being poised for its next leg lower were certainly confirmed this week. Despite mid-week rallies, all three indices lost more ground by the week’s end. It’s difficult to know when conditions might again favor the bulls, but we have to at least note the possibility of higher lows being put in this week. That said, it will take higher highs to confirm the trend, so until then the odds do still favor the bears and more downside from here. Let’s jump into the individual indices to see how each one faired.

This week, the $SPY ETF closed at $434.26  (-1.41%). It’s difficult to not see the potential head and shoulders pattern forming on the weekly chart. With price firmly below the 200-day moving average, the next level of support could be found at the green trend line pictured on the daily chart below. 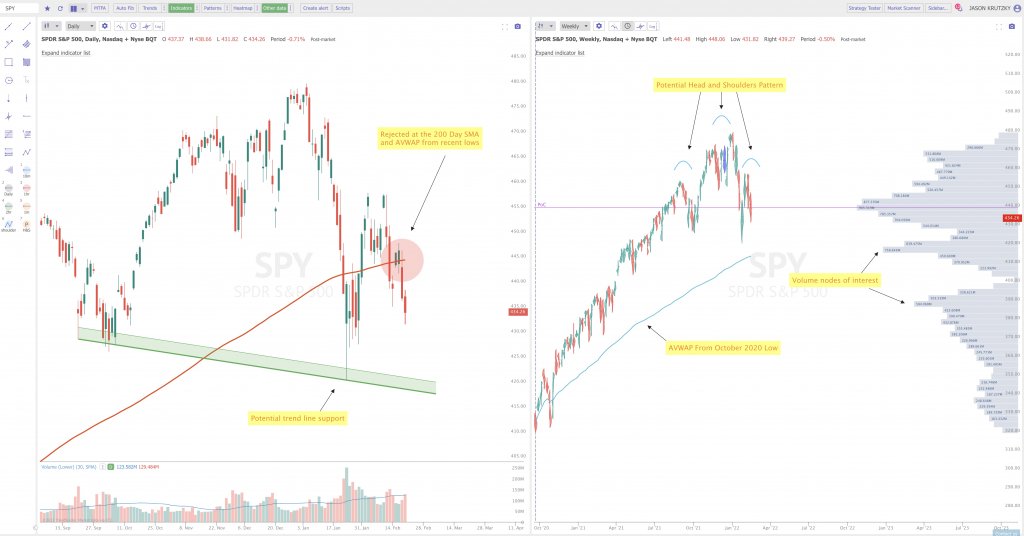 This week the $QQQ ETF closed at $341.58 (-1.55%), making it again the weakest performer of the major indices for another week. Not only is a clear head and shoulders pattern forming on the weekly time frame, but also it appears that the same pattern is playing out on the daily time frame. Additionally, price closed below the long-term trend line pictured in green. 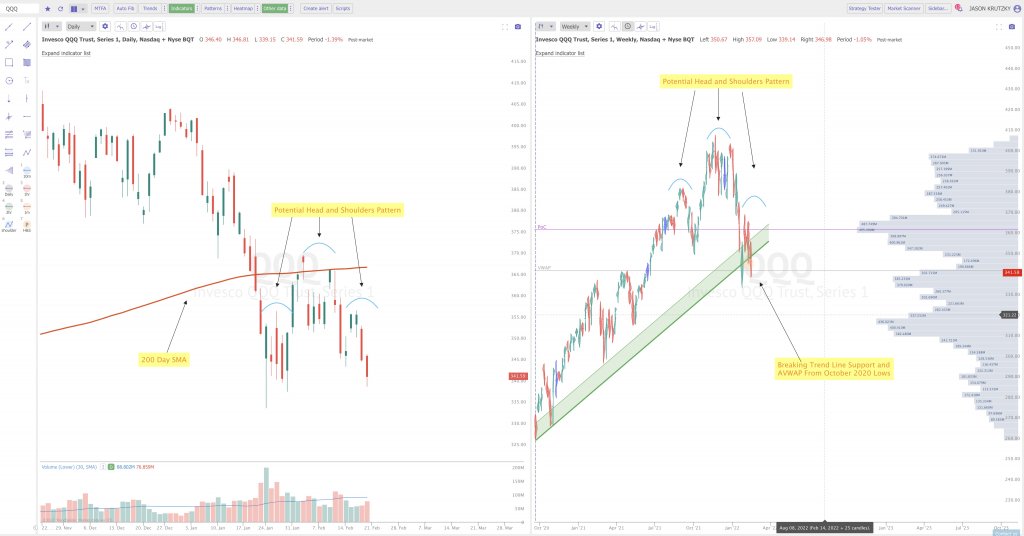 This week the $IWM ETF closed at $199.45  (-0.97%), making it the strongest performer of the major indices for the second week. Unfortunately, a clear bear flag is forming on both the daily time frames, and it appears price is in the process of breaking down below the flag at this time. 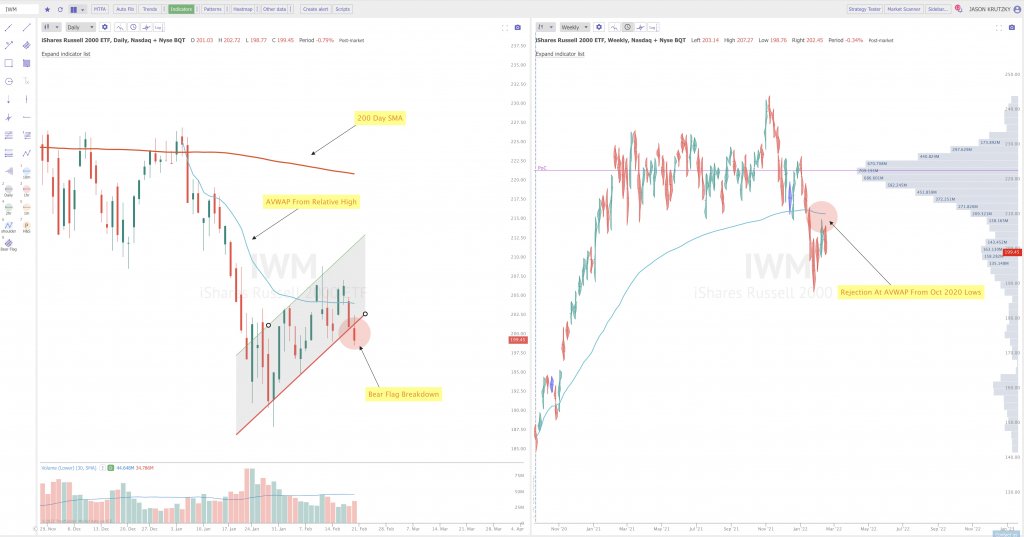 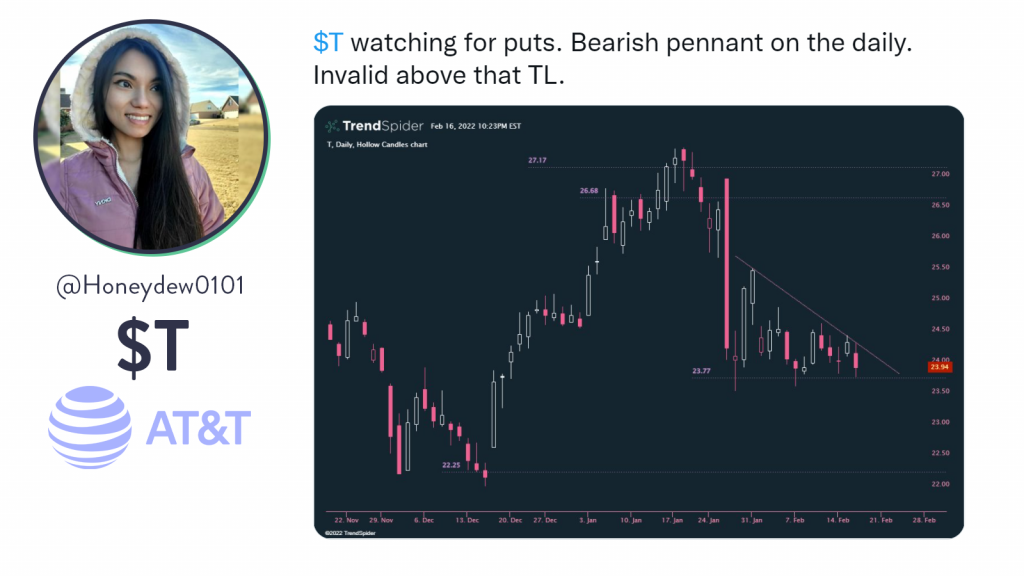 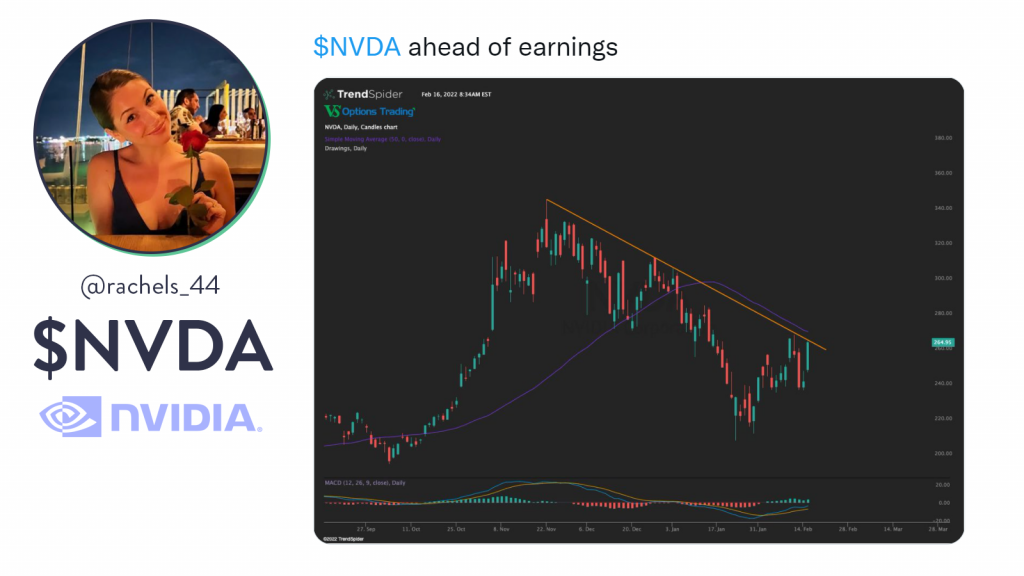 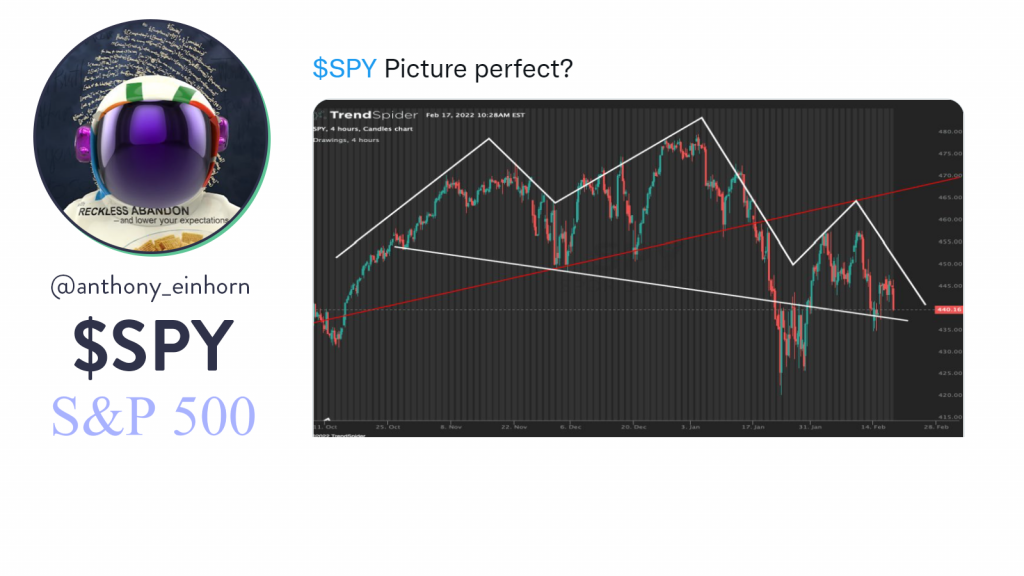