Skip to Main Content
BlogPrepare for the Trading WeekMarket Update Into 2/14: The Bears Regain Control

The week started constructively across all of the indices. We saw mid-week strength, but just like last week, the market began selling off on Thursday due to a hotter-than-expected CPI number and renewed fears of the looming rate hikes. The $SPY and $QQQ both closed near lows for the week, with some rare strength being seen in the $IWM. Is the market poised for the next leg lower? 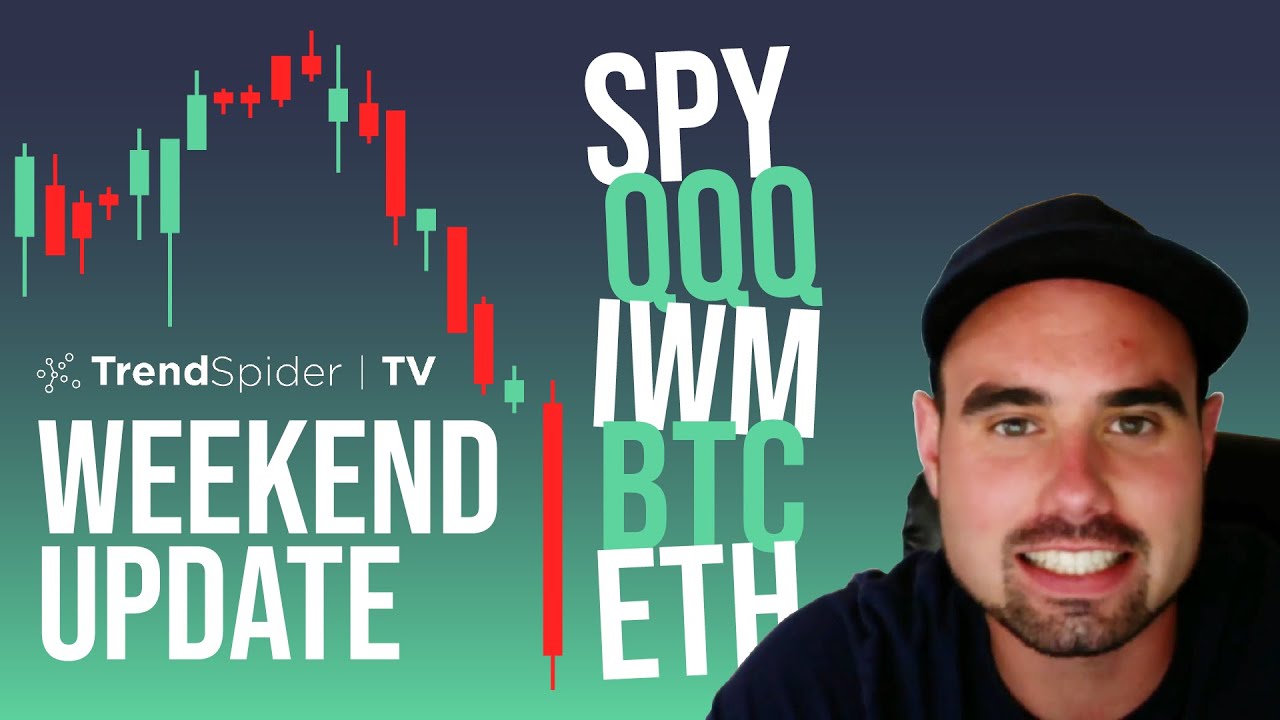 This week, the $SPY ETF closed at $440.48  (-1.83%). Friday’s candle closed below both the 200-day moving average and the anchored VWAP from the recent low put in on January 24th, signaling the potential for more downside. A retest of the lows put in at the end of January could be the next level of support for this struggling index. 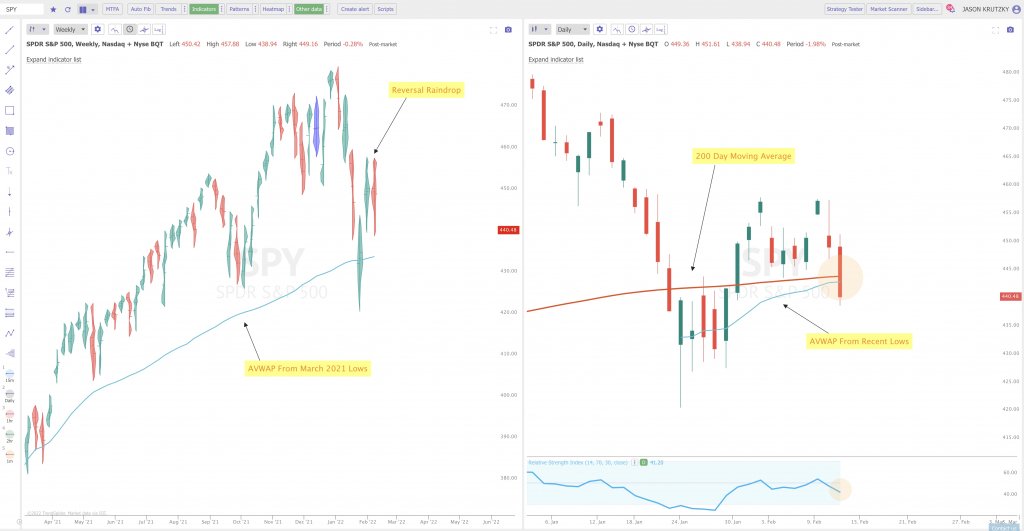 This week the $QQQ ETF closed at $347.13 (-3.04%), making it the weakest performer of the major indices. Friday’s candle closed below the 200-day moving average as well as the anchored VWAP from the low put in on January 24th, signaling further downside is possible from here. The next line of defense will be the January lows. 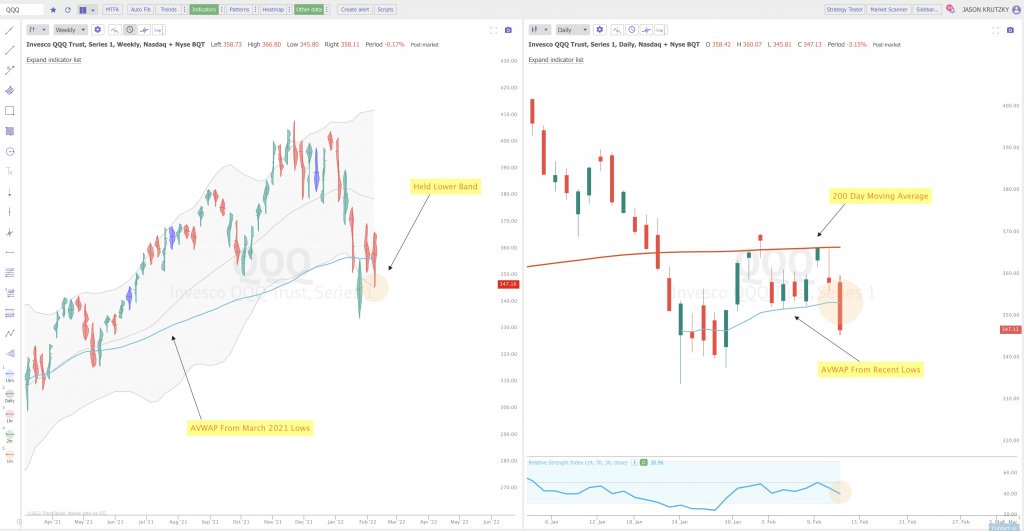 This week the $IWM ETF closed at $201.27  (+1.46%), making it the strongest performer of the major indices. Still trading well below its 200-day moving average, but last week’s inverse head and shoulders pattern did play out and this index was able to close above the anchored VWAP from its January lows. The next area of interest would be a break and hold above the lows of the consolidation period that took place throughout much of 2021. 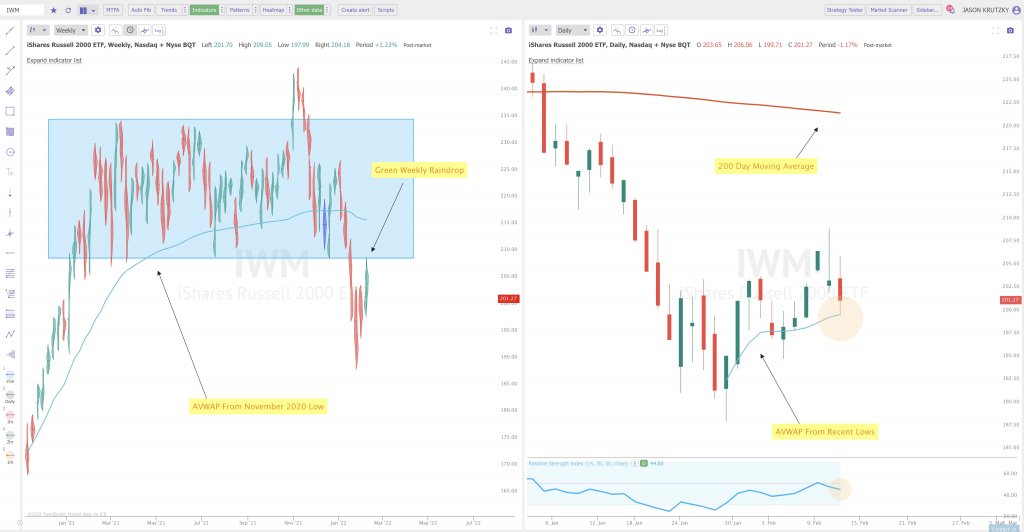 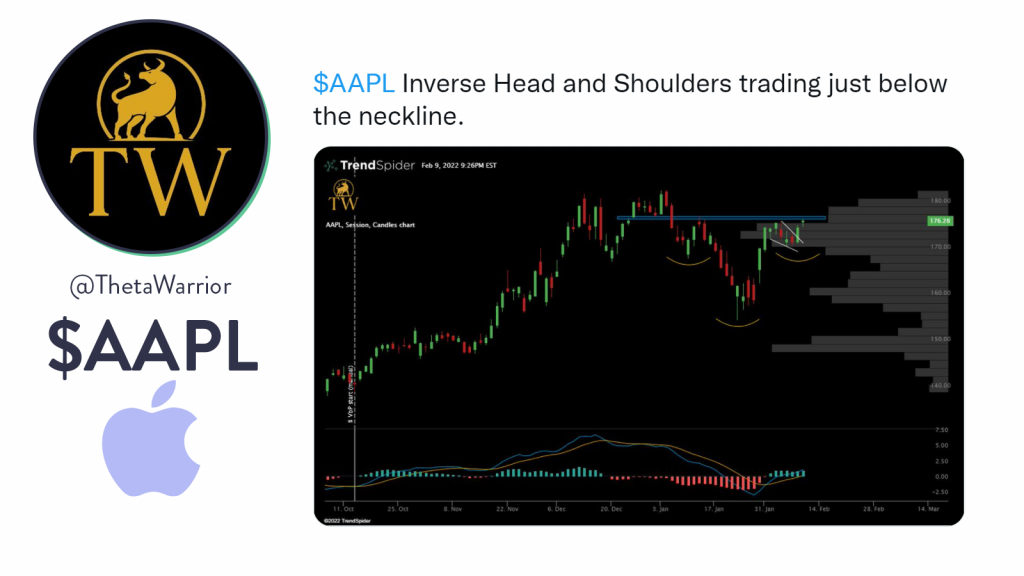 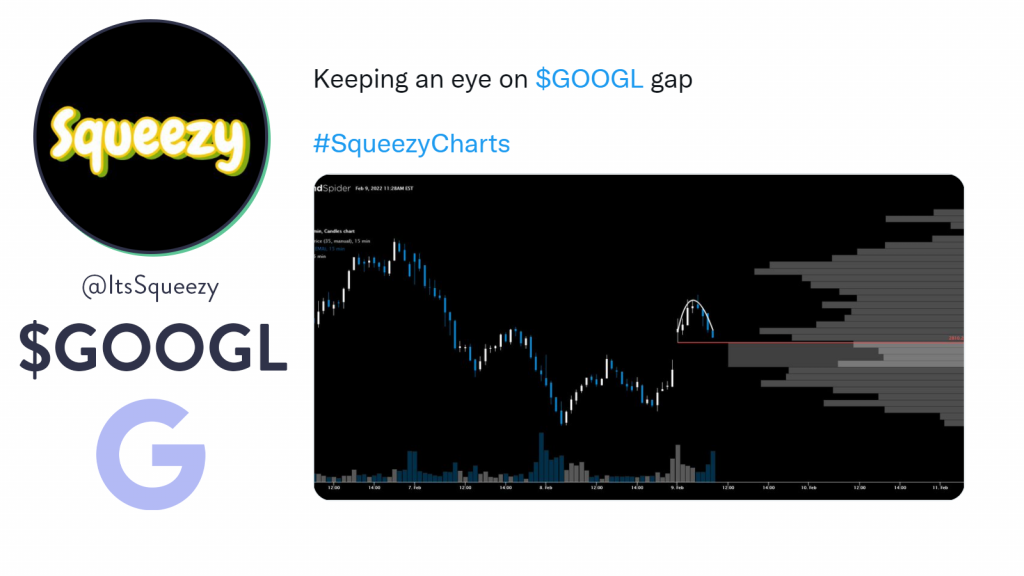 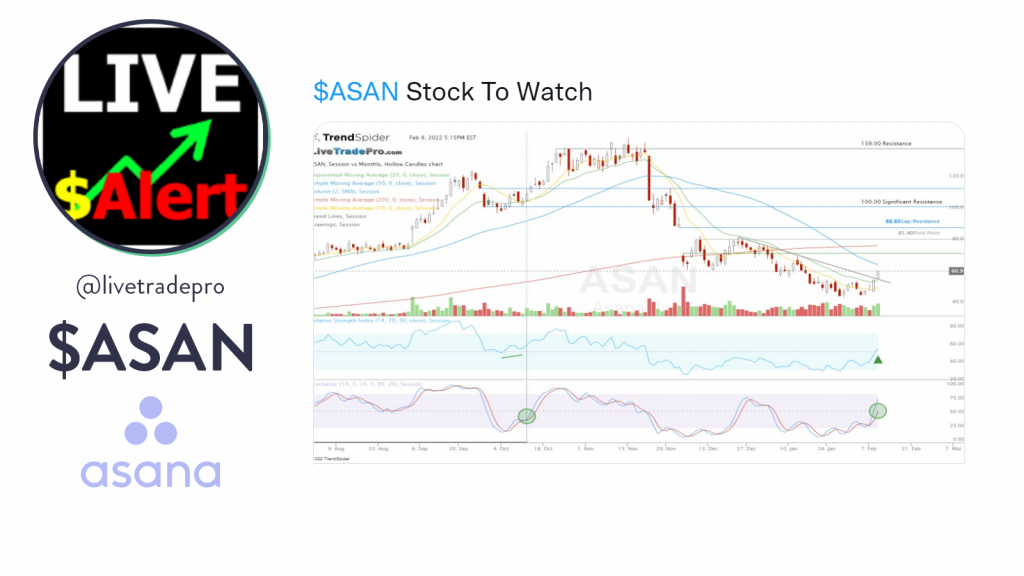