This Thursday, we take a look at social media stocks which are showing some very different setups on each chart. The EMA (50) is the main upper indicator to keep an eye on into Friday as this is acting as crucial resistance and support on the Facebook, Twitter, and Snapchat charts. 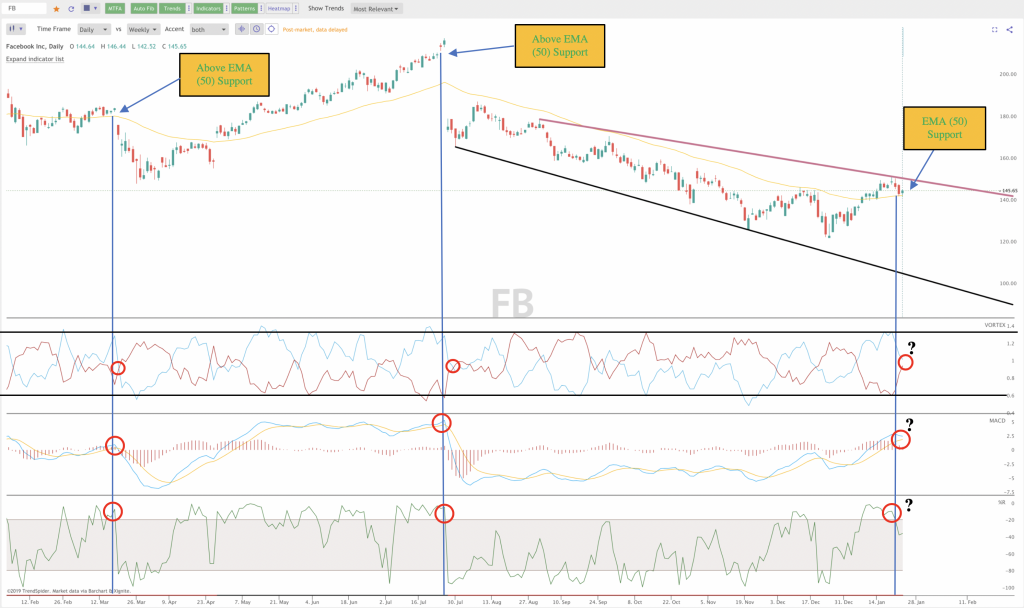 Facebook is currently trading right at the megaphone resistance with the EMA (50) acting as sole support into Friday. This backtest looks at a few different times that the Vortex Indicator, MACD, and Williams %R all lined up with the MACD about to bearish cross below the zero-line. Each one of these red circles shows price action right before the MACD crossed below the zero-line, as well as the VI+, hitting the threshold that it has hit two previous times before a hard reversal as well as the Williams %R hitting overbought and reversing to the downside. The EMA (50) is the main thing to watch into the weekend as this area has been a crucial point for reversals in the past. 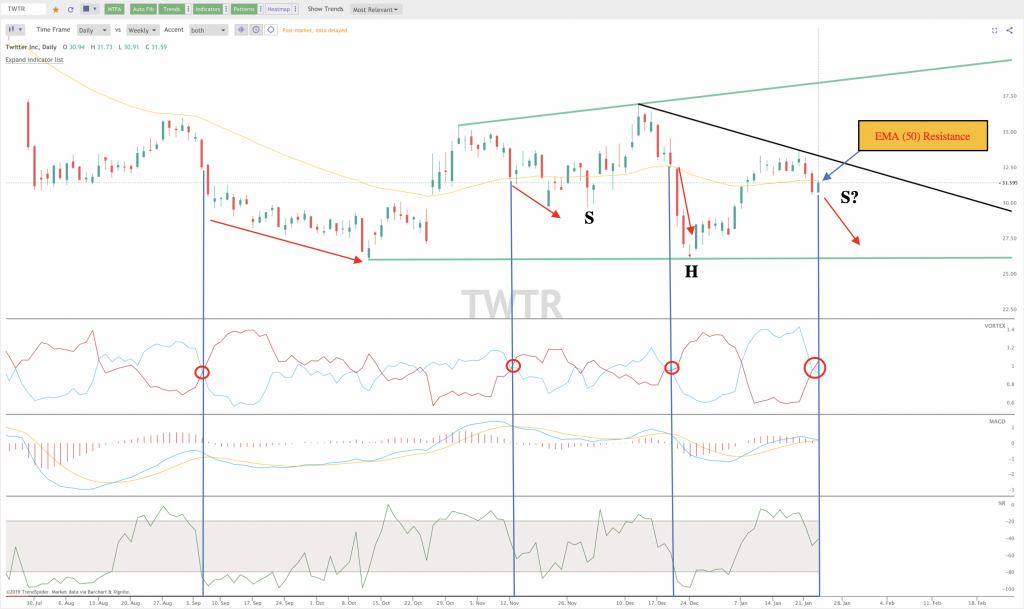 Twitter is showing an interesting setup that is almost the opposite of Facebook. In this case, the daily price action is having trouble breaking through the EMA (50) acting as resistance above (The EMA is acting as support on FB). Looking back at how price action has reacted when all three lower indicators have lined up like this in the past, there could be more downside here if the inverse head and shoulders fail to materialize. As the Williams %R has already started to move out of overbought territory, this could be a sign momentum is quickly changing. 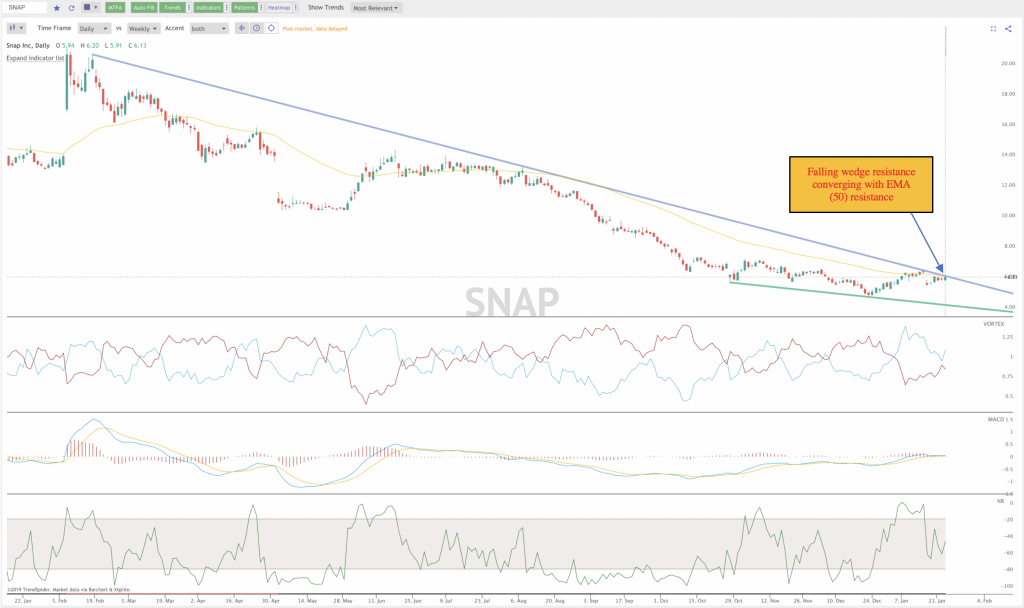 Snapchat is an interesting chart into Friday with the daily price action trading right at the confluence of the EMA (50) and falling wedge resistance. If this can break out on increasing volume today, this could be a longer-term reversal in play. The VI is showing signs of a potential bearish reversal but the VI on the SNAP chart is not as useful as it is on the FB and TWTR charts. Some charts just don’t react the same to indicators as other charts which is why optimizing the inputs on the lower indicators is so important.