Skip to Main Content
BlogTrendSpider StrategiesTrading the SMA vs. the EMA

When most traders think of moving average confirmation strategies, they may immediately think of the generic and most widely used ones such as the 50-day Simple Moving Average vs. the 200-day Simple Moving Average. However, even though these can be very useful, especially as many traders become educated and are looking at the same thing creating self-fulfilling moves, there are other moving average relationships that backtest very well.

The “Simple Moving Average” is a slower indicator that has a mathematical formula that is simply the mean of closing prices over X period of time plotted on a chart. In this case, every single close within the equation has equal weight (i.e. for a 20-day moving average, you would add each of the last 20 closes and divide that number by 20, giving each close a 5% weight).

As you can see, the equation for the “Exponential Moving Average” is much more complex than calculating the “Simple Moving Average” as it adds a level of complexity to give the more recent action more weight. Some traders like using this combination as it shows the relationship between the general price action over a specific amount of time vs. the most recent price action. 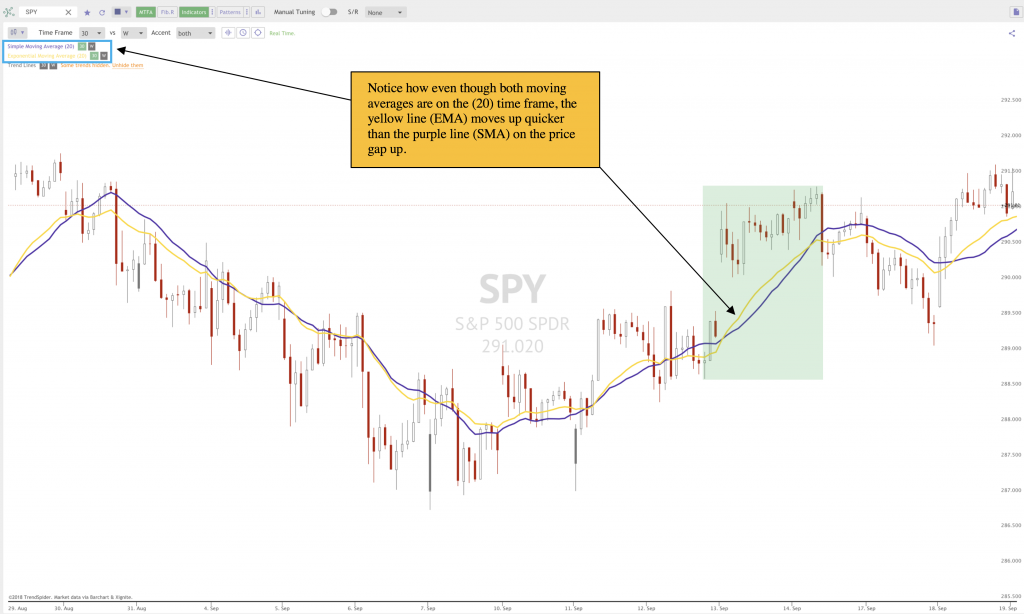 The relationship between the SMA and EMA when they are both on equal inputs (in this case we used twenty (20) 30-minute time frames).

Adding the SMA vs. the EMA on your TrendSpider Chart 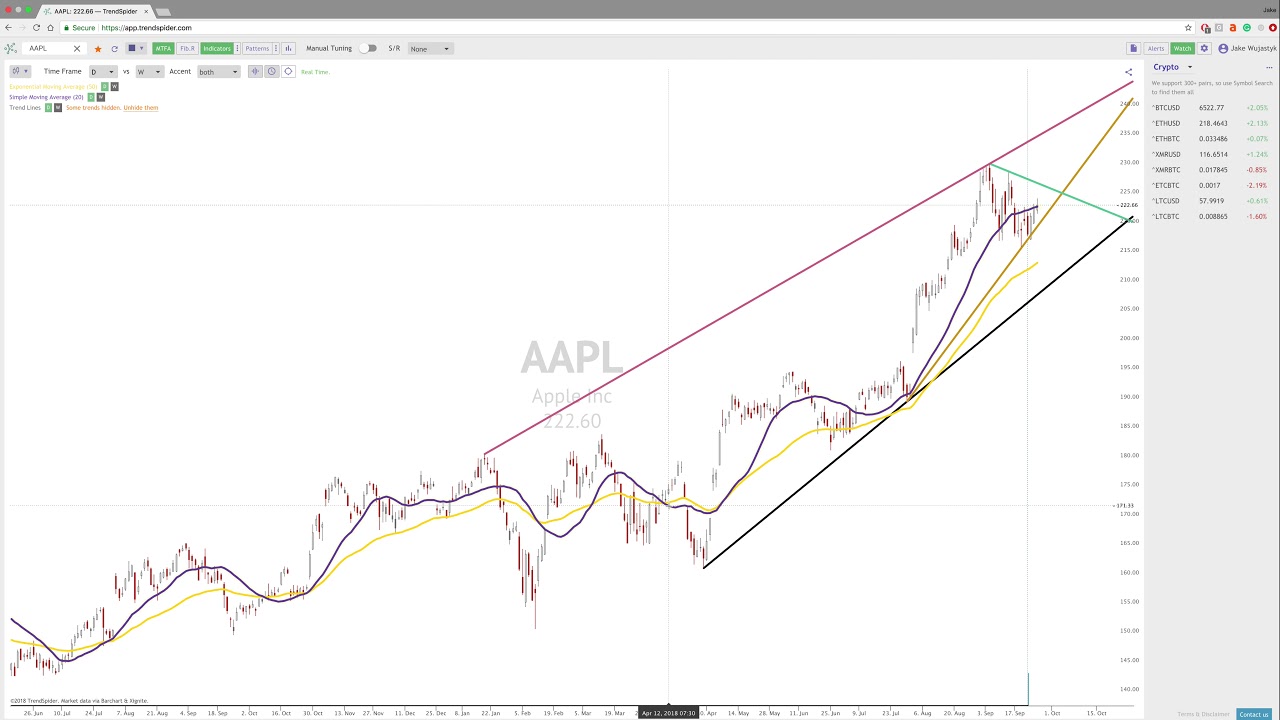