At TrendSpider, we are constantly working on adding new, useful features to our platform as well as updating and improving the ones we currently have. In this blog post, we take a look at the addition of over a dozen new indicators. Enjoy!

The Ergodic oscillator is based on a true strength index by William Blau. It is a double smoothed candlestick oscillator made upon 2 sets of exponential moving averages. This indicator acts much like a stochastic oscillator, but with less compression in its oversold and overbought areas. It comes with a signal line for buy & sell signals triggers. 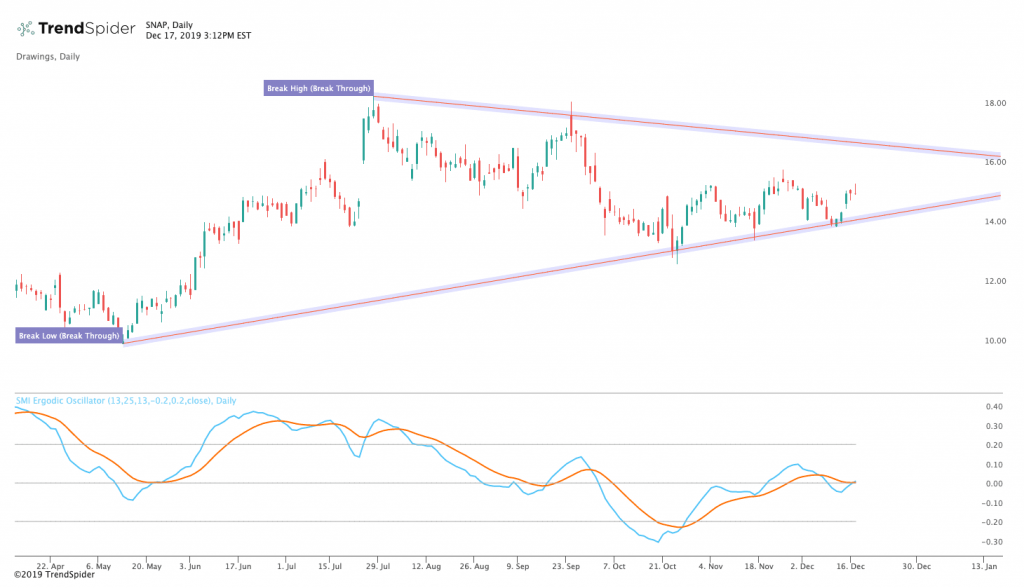 Donchian Channel Width is measuring the distance between Upper and Lower Bands of the Donchian Channel. It is used in technical analysis to measure a security’s volatility. 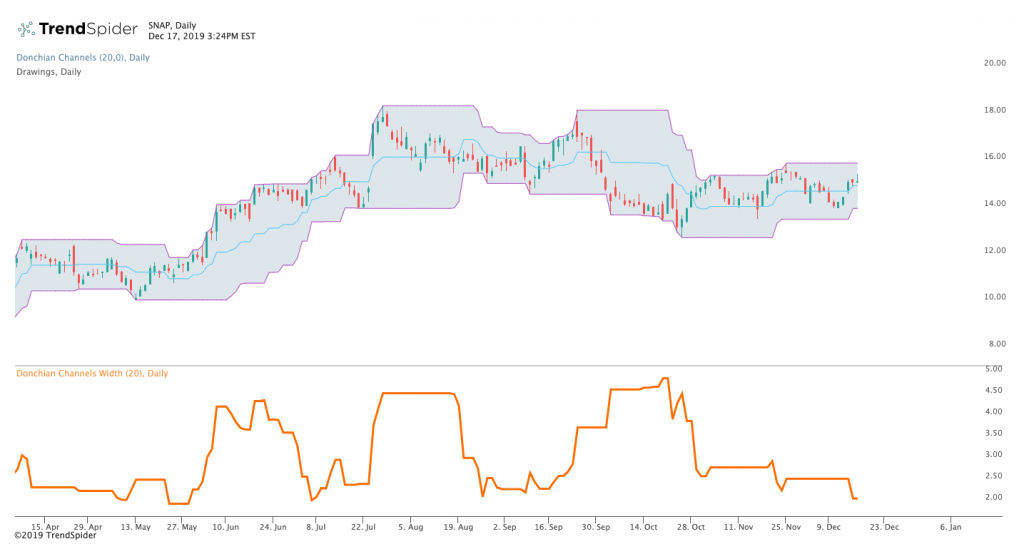 The Klinger Oscillator ( KO ) was developed by Stephen J. Klinger. Learning from prior research on volume by such well-known technicians as Joseph Granville, Larry Williams, and Marc Chaikin, Mr. Klinger set out to develop a volume-based indicator to help in both short- and long-term analysis. The KO was developed with two seemingly opposite goals in mind: to be sensitive enough to signal short-term tops and bottoms, yet accurate enough to reflect the long-term flow of money into and out of a security. 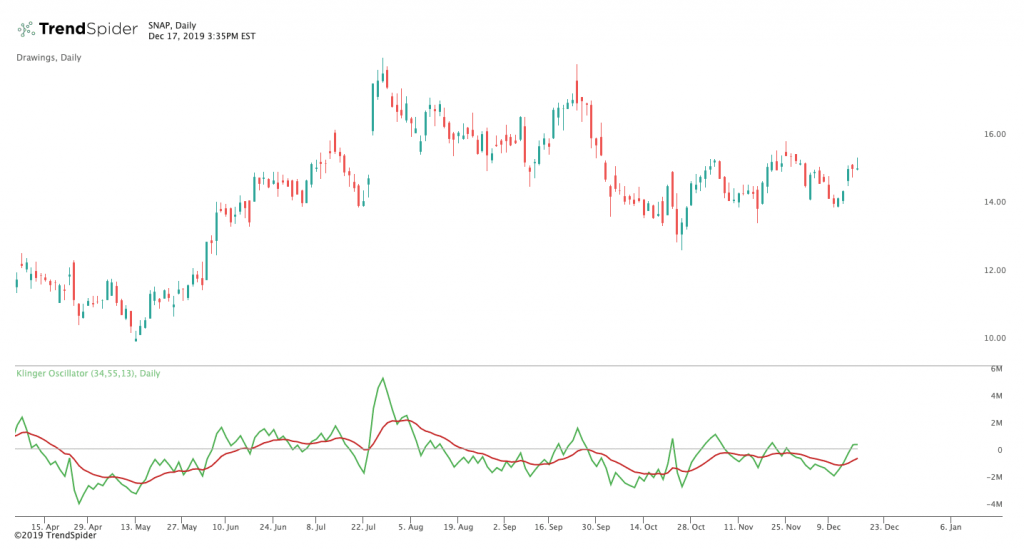 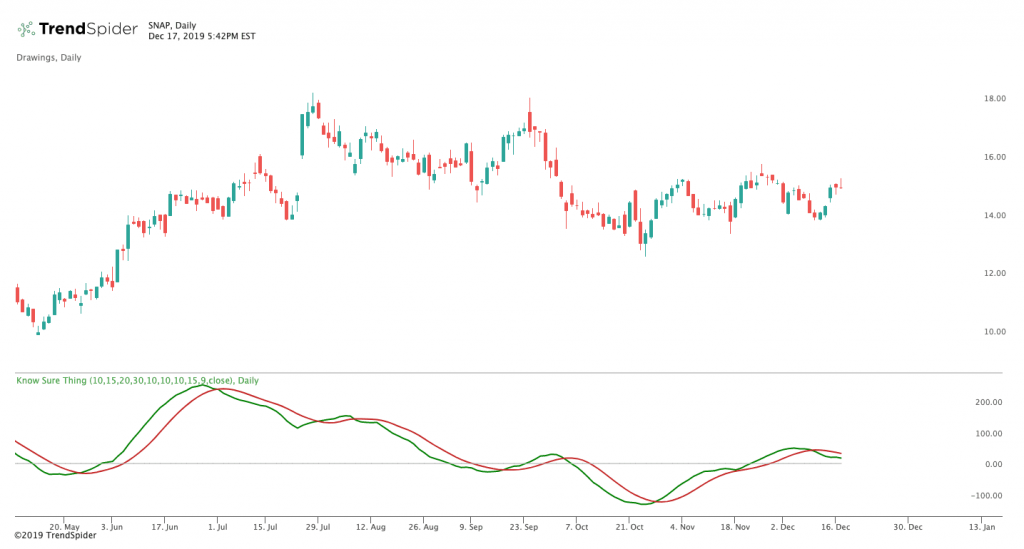 The Coppock Curve is a long-term price momentum indicator used primarily to recognize major bottoms in the stock market. It is calculated as a 10-month weighted moving average of the sum of the 14-month rate of change and the 11-month rate of change for the index; it is also known as the “Coppock Guide.” The Coppock formula was introduced in Barron’s in 1962 by Edwin Sedgwick Coppock. 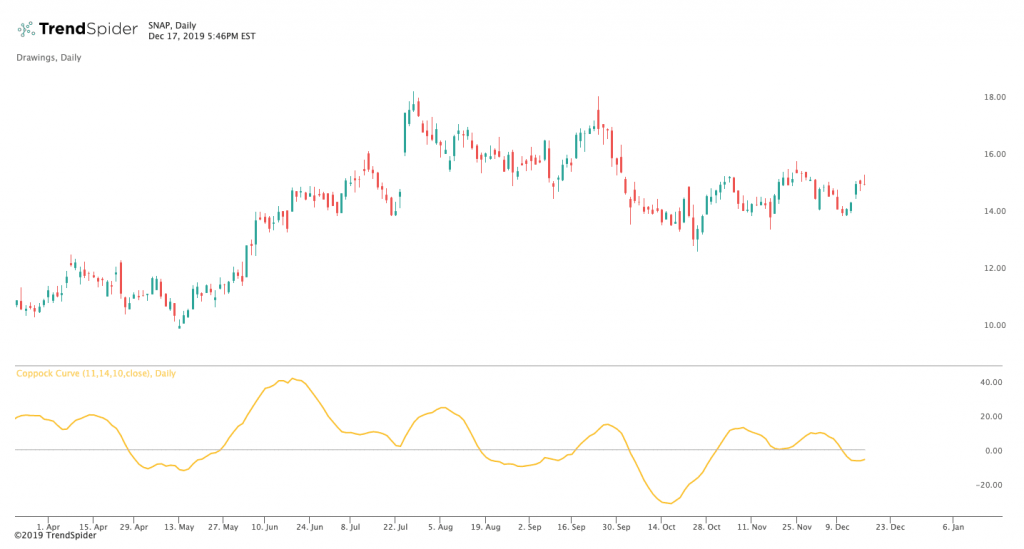 Woodies CCI is a momentum indicator that was developed by Ken Woods. It’s based on a 14 period Commodity Channel Index (CCI). It’s a fully unbounded oscillator with a base value of 0 and has no lower or upper limit. 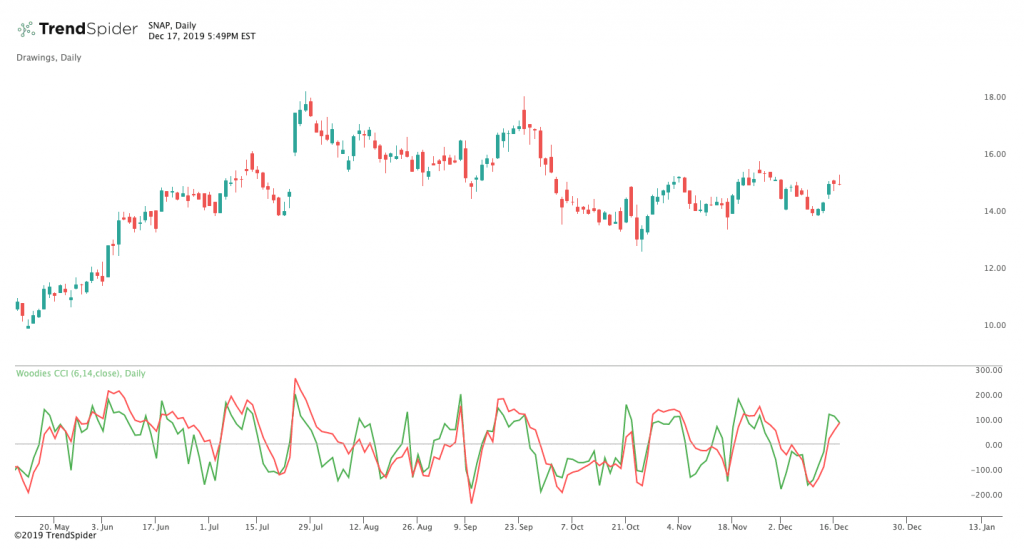 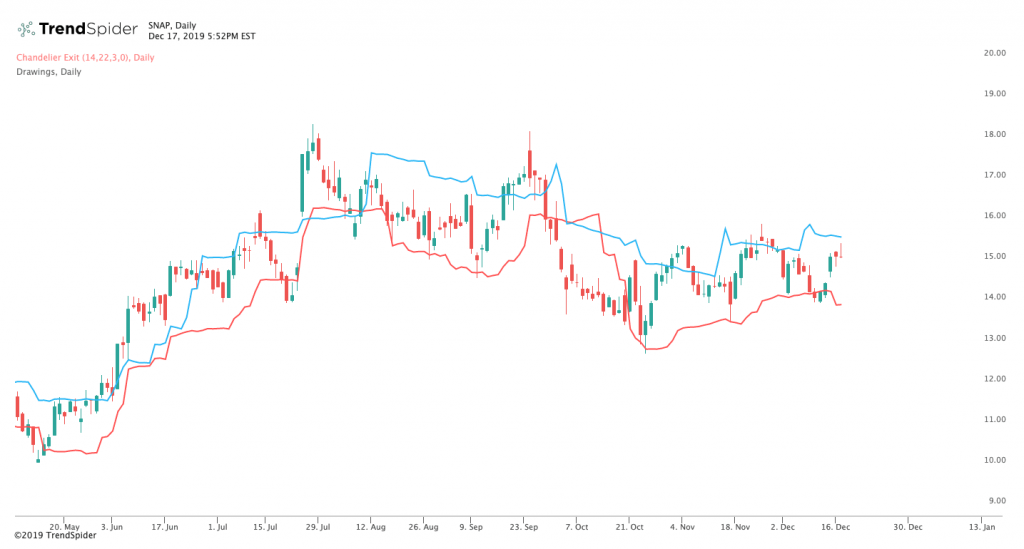 Chande Kroll Stop is a trend-following indicator that identifies the stop loss for a long or short position by using a variation on directional movement. It is calculated on the average true range of an instrument’s volatility. 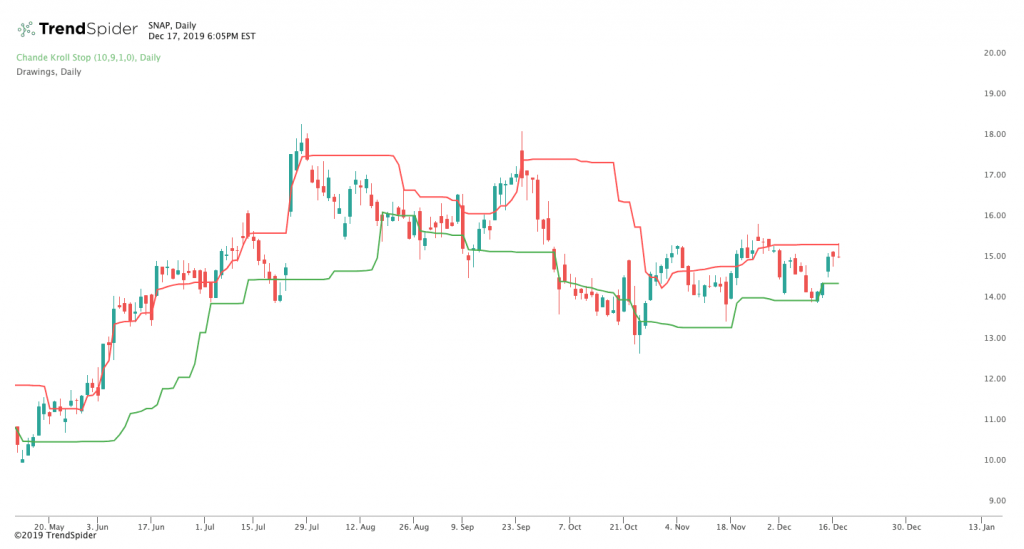 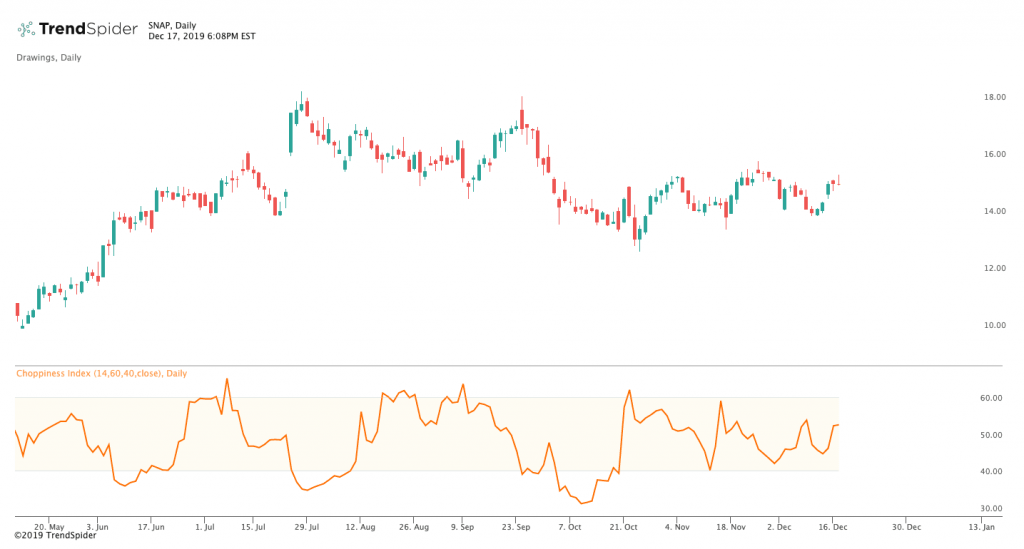 One of the oldest technical studies, the Departure Chart measures the difference between two moving averages of price; one short and one long. Its primary use is as a trend identification tool, but it may also be used to identify overbought and oversold conditions. 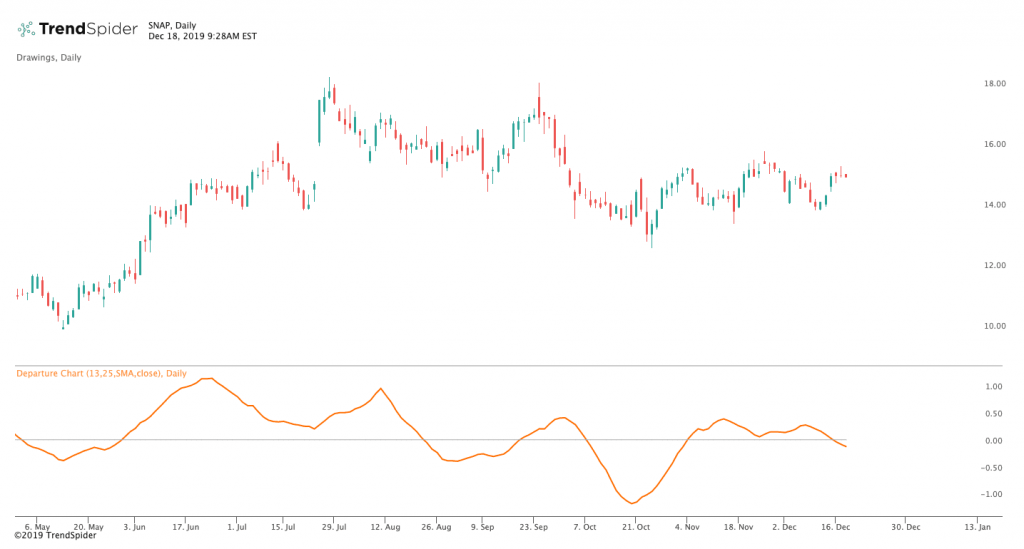 The Elder-Ray Index is a technical indicator developed by Dr. Alexander Elder that measures the amount of buying and selling pressure in a market. This indicator consists of three separate indicators known as “bull power” and “bear power”, which are derived from a 13-period exponential moving average. 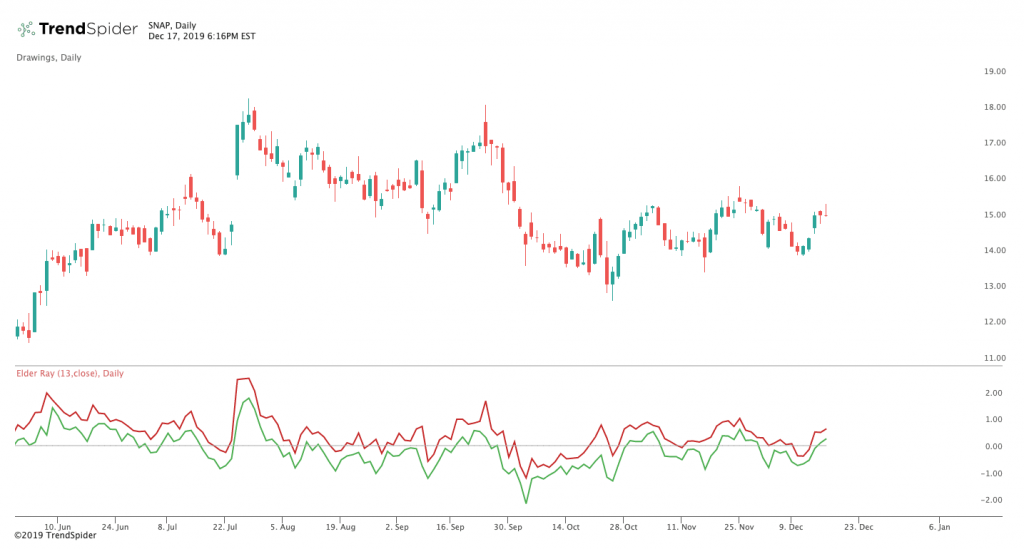 Elder’s Force Index measures the power behind a price movement using price and volume. The indicator can also be used to identify potential reversals and price corrections. The EFI is an oscillator that fluctuates between positive and negative values, above and below a Zero Line. 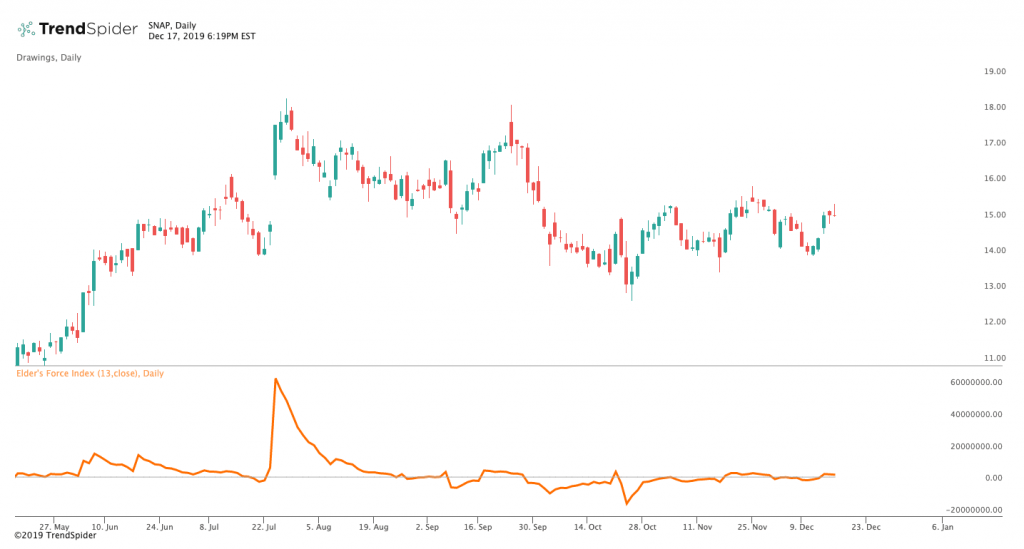 The relative volatility index is a volatility indicator that was developed by Donald Dorsey to indicate the direction of volatility. It is similar to the Relative Strength Index ( RSI ), except that it measures the standard deviation of prices changes over a period rather than the absolute price changes. 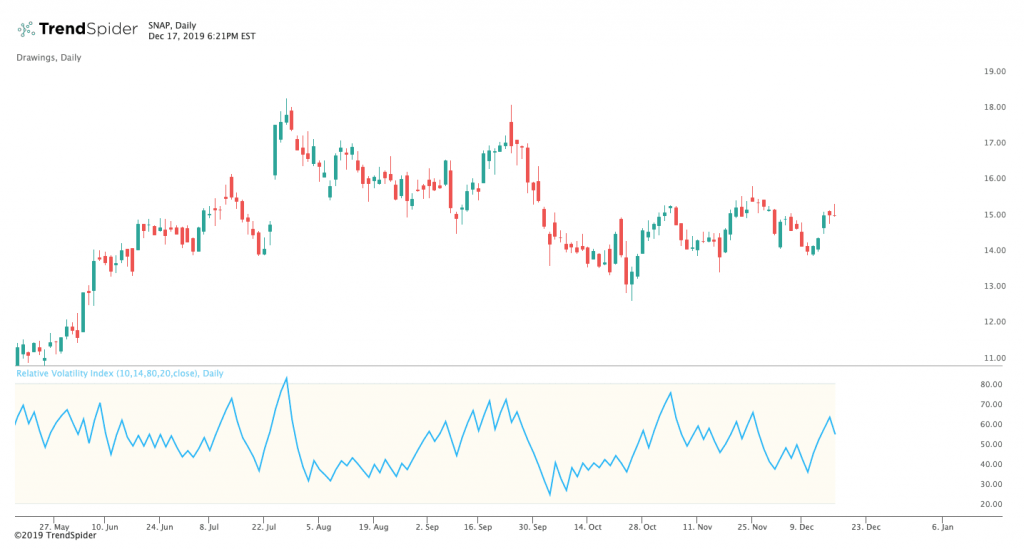 Moving Standard Deviation is a statistical measurement of market volatility. It makes no predictions of market direction, but it may serve as a confirming indicator. 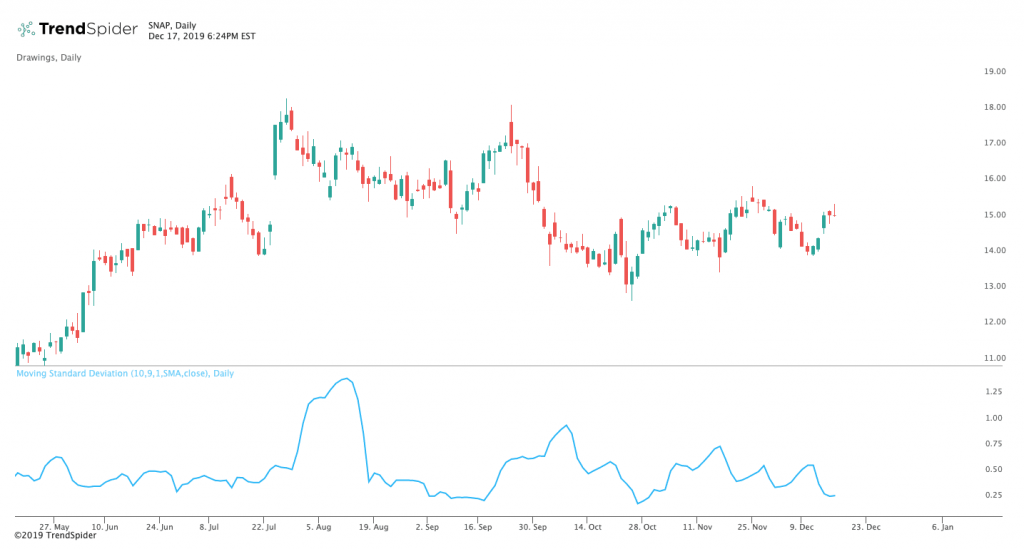 The Historical Volatility Ratio is the percentage of short to long average historical volatility. When a market’s short volatility declines below a certain percentage of its long volatility, it may be an indication that an explosive move is imminent. 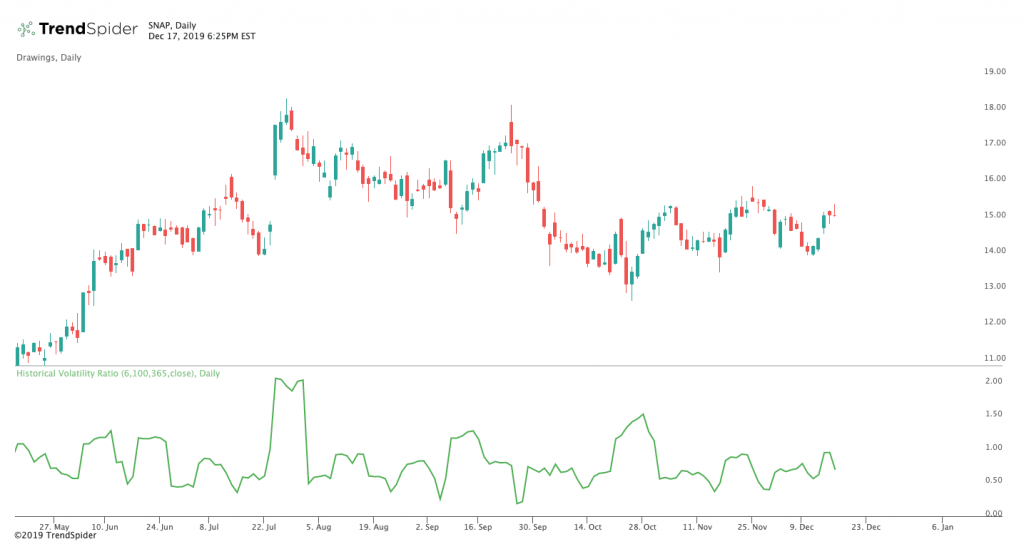 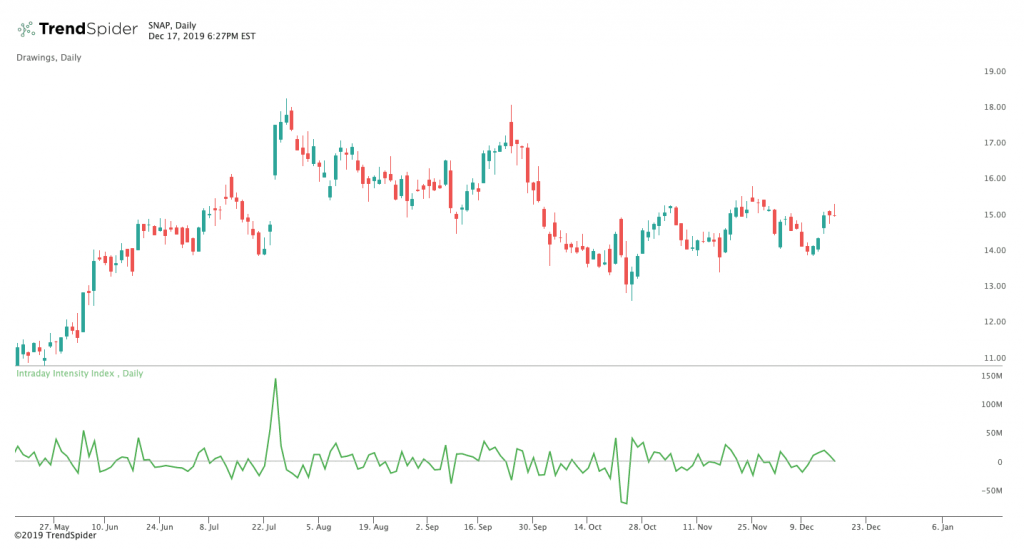 A volume-based indicator that depicts the flow of funds for a security according to where it closes in its high and low range. This indicator was developed by Dave Bostian. Its goal is to track the activity of institutional block traders.

The stochastic indicator is a momentum indicator developed by George C. Lane in the 1950s, which shows the position of the most recent closing price relative to the previous high-low range. The indicator measures momentum by comparing the closing price with the previous trading range over a specific period of time. 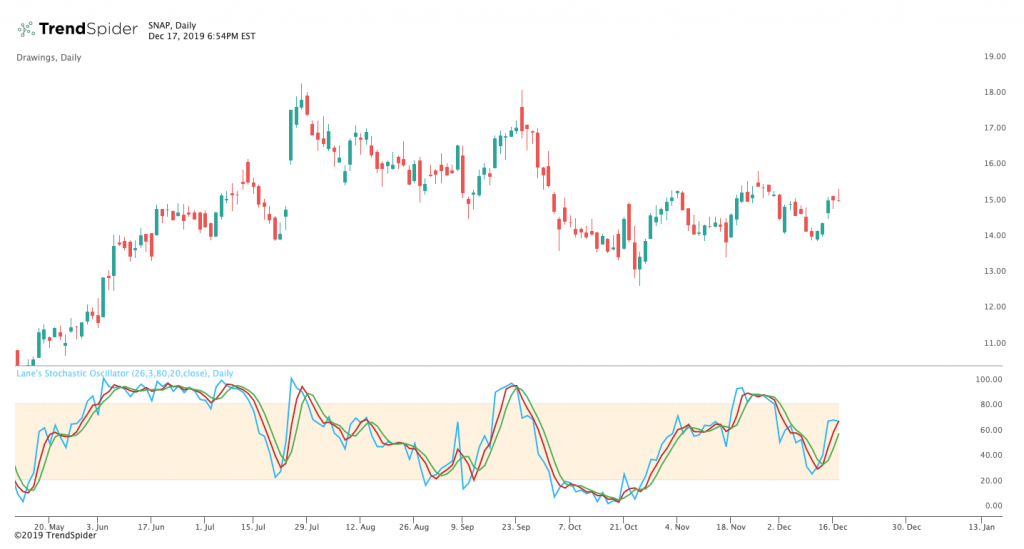 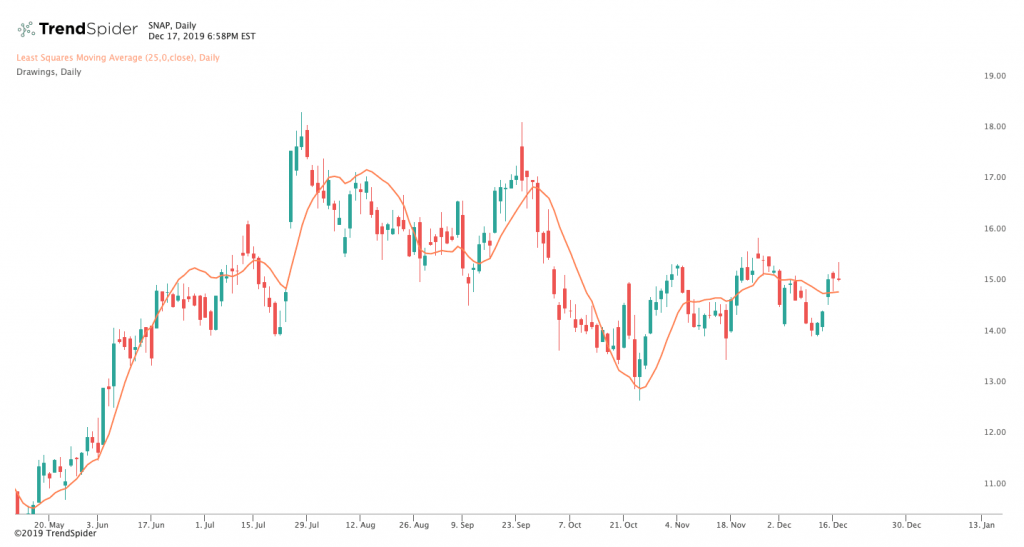