Skip to Main Content
BlogPrepare for the Trading WeekMarket Update Into 7/9: Trading Signal Alerts on Trend Breakouts and Breakdowns

Below are three key tickers that we have analyzed and identified interesting trendline setups in. We believe keeping an eye on these is crucial to watch this week.

A prepared trader is a profitable trader, and Sunday is a great day to get ready for the week. Start by setting up your Dynamic Price Alerts and remember: make a plan, trade the plan. Be smart out there!

The S&P 500 surprised many bearish traders as tariffs officially went into effect on Friday and the market rocketed to the upside, despite the news. The weekly candle closed as a strong bullish engulfing candle which was identified by our automatic candlestick recognition feature. Check out the 4 Dynamic Price Alerts we created below for this week, and how we identified them using TrendSpider Automated Technical Analysis. 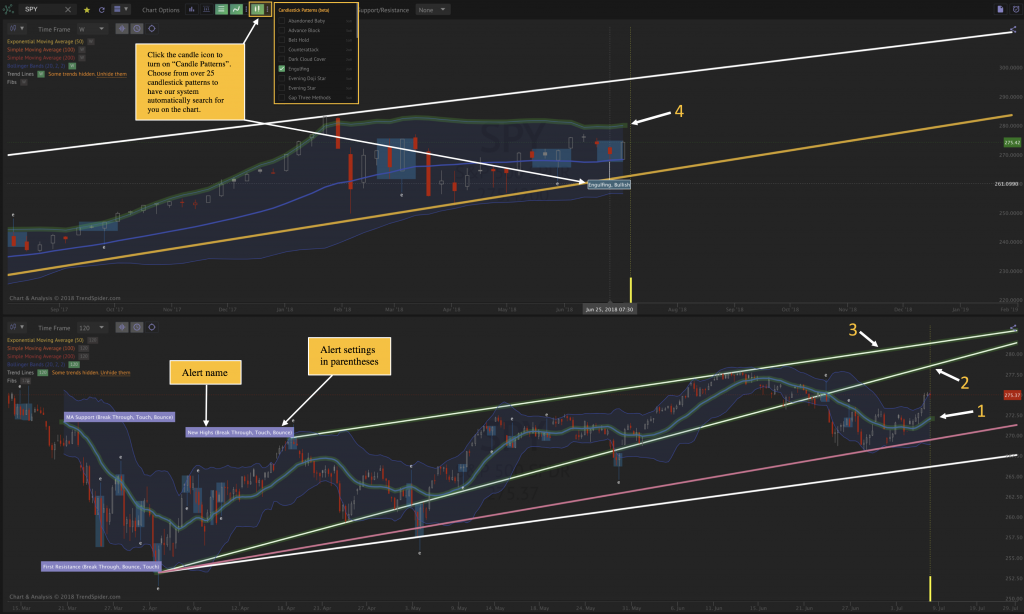 $XBI moved up huge all week with Friday being the biggest gainer partly due to positive news out of Biogen ($BIIB, a stock represented in this ETF) regarding their successful Alzheimer’s drug trial, which pushed shares as high as 20% intraday. 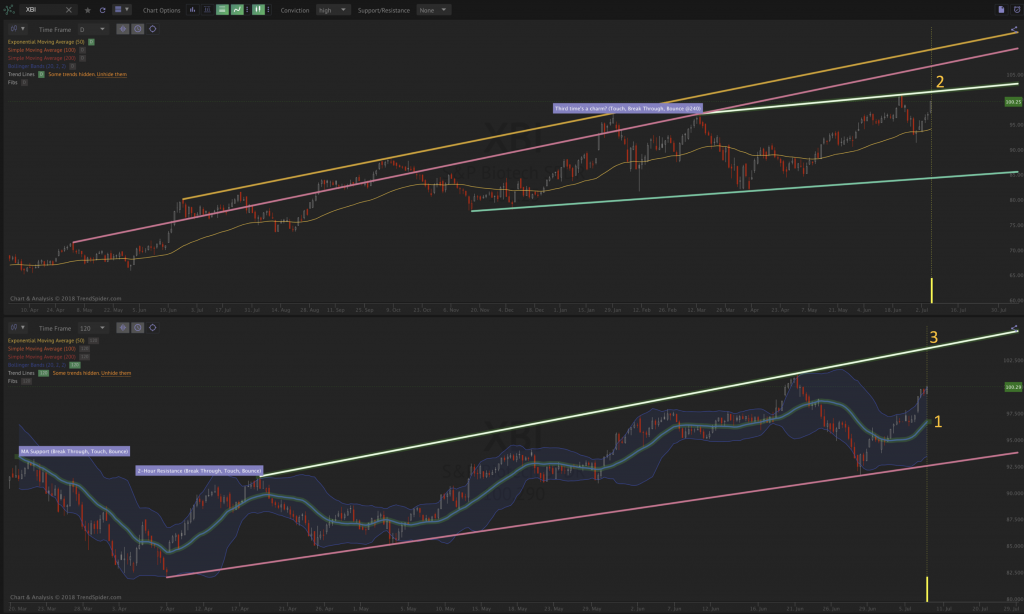 As Elon Musk has been in a public Twitter battle with short sellers over the last several months, it seems that bearish sentiment may be starting to take over. Price is nearing crucial support here and it looks as if a breakdown may be on the horizon if bulls don’t take back control of the price action, and quick! 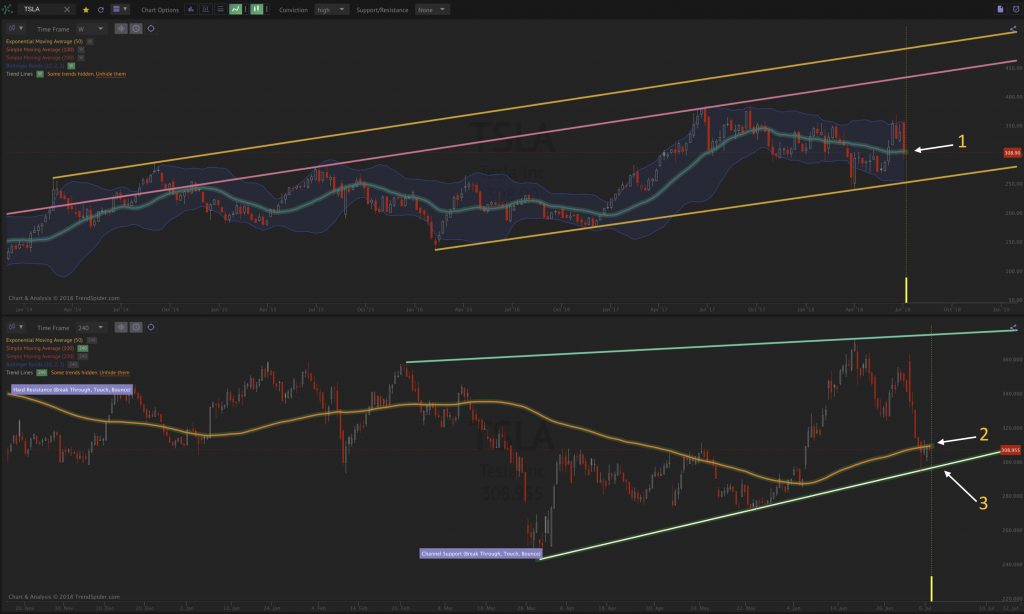 Putting It All Together

As world events continue to unfold politically and economically, it seems the volatility that has been around all year may continue into the second half. As the charts change, so will our trendlines and dynamic alerts to stay on top of the current technical trends unfolding. Remember, stay smart out there and always do your own due diligence for all trades.