TrendSpider is happy to announce the winners of its first charting contest which took place August 12th – 18th on Twitter under #TrendSpiderContest19.

Bio: My name is Jack and currently live in Chicago. I am a Jr. Trade Analyst and I’m currently studying for my CFA.

Chart Explanation: The chart I submitted is a daily of Advanced Auto Parts (AAP). When it comes to entering a short position (or selling a current long), I use William O’Neil’s guidelines for analyzing charts.
First, before looking for any possible shorts, I analyze the S&P, Dow, Nasdaq, and Russel and look for any signs of distribution or weakness.
Next, I look for faulty bases, and AAP is portraying a triple-bottom-cup with a failed breakout (The volume drying up was a good sign it would fail). Also, if you look at AAP’s weekly chart, there is a large overhead supply in the $150.00-$175.00.
I wait for the stock to have two to four failed rally attempts above the 50DMA. According to O’Neil, these rallies are usually pushing out the premature short-sellers and finally bringing in the “fundamental bargain hunters”. After the failed breakout in mid-April, AAP had 3 failed rallies above the 50DMA. $150 has been the consistent floor for all of 2019, and when a stock breaks obvious support, a small or large squeeze sometimes occurs. In this case, we had a minor four-day rally with the last two days making no price progression and closing near the intraday lows (churning action or railroad tracks). On August 12th, the short rally failed and it was a great day to enter the short. 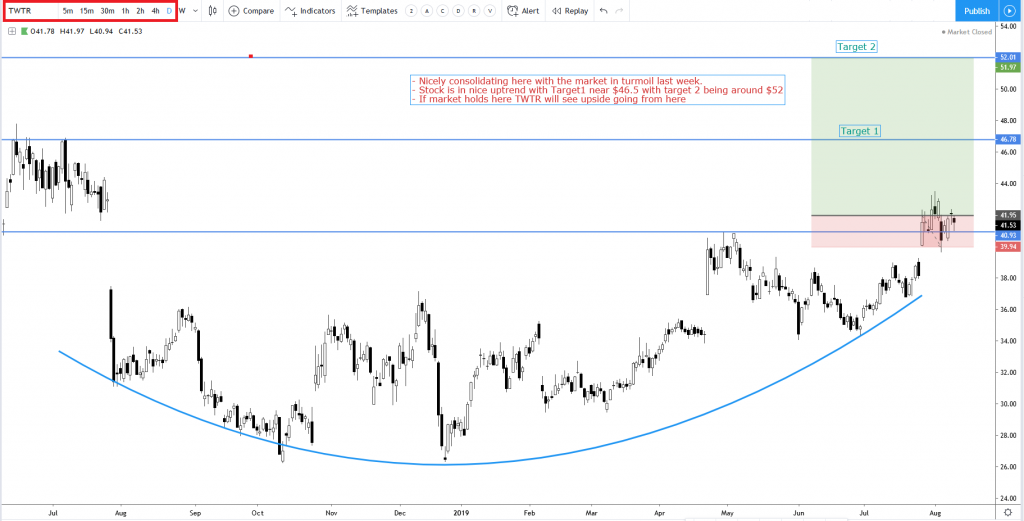 Bio: I am a day trader and swing trader mainly trading equities and FX market. I have a full-time job currently that is my primary source of income, transitioning slowly to be a full-time trader and be financially independent.

Chart Explanation: $TWTR is something I trade often and use platform on a daily basis. While looking at the chart, $TWTR just popped out for mainly the following reasons: 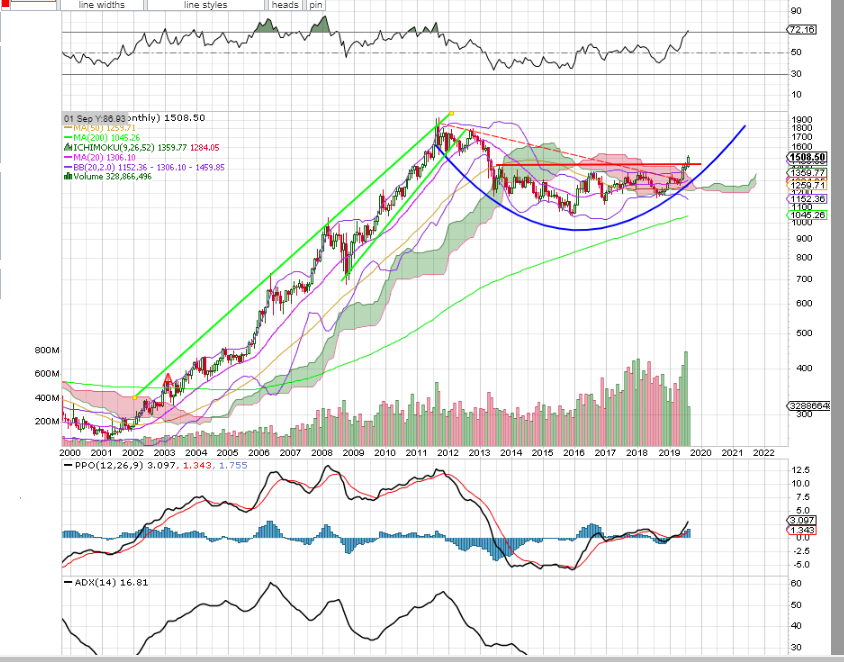 Bio: I’ve been trading/speculating on the markets since I was 18 years old – I’m currently 25 and have been doing this full-time for about 3 years now.

Chart Explanation: Choosing the GOLD chart as the chart to enter for the TrendSpider competition was a fairly easy choice.  GOLD’s extended chart of over 20+ years tells a great story – while the market has been climbing for over 9 years GOLD has been forming a very bullish consolidation pattern.

The volume over the last 3 to 4 months surpass all-time volume on a month-to-month basis.   Also, during the increasing volume GOLD had a key resistance neckline break above the current consolidating channel.  GOLD has great R/R and it looks like it is now trying to form a new trend as it breaks out of its current sideways pattern.