Skip to Main Content
BlogTrading TipsShould You Sell in May and Go Away?

The arrival of Spring has most of us itching to take a vacation—or as traders say, “sell in May and go away”. Unlike many trading adages, historical data seems to support the theory that stocks underperform in summer. The catch is that past is no guarantee of the future, and sometimes, staying out of the market still results in missed opportunities.

Let’s take a look at the historical data behind the popular trading adage, some potential reasons for these trends, and whether you should sell in May.

What Does the Data Say?

June, July, August, and September have produced the worst stock market returns over the past 30 years—at least when looking at S&P 500 index returns. According to Ploutos, the annualized returns for the six months from May to October were just 4.9% compared to 16.3% for November through April. The catch is that 4.9% is still higher than 0% for those moving into cash.

Dutch researchers found the same trends occurring in 36 of 37 developed and emerging market economies between 1970 and 1998. The effect is especially pronounced in European countries, where summer vacations happen to be more common than in the United States. While researchers can’t prove any causation, it’s at least an interesting trend to observe.

Barron’s found that investors selling in May could have beat buy-and-hold investors by 0.7% per year. While these returns sound attractive, they don’t include the impact of taxes and trading costs associated with selling and buying back stocks. These costs can be especially high for long-term investors that trade capital gains tax rates for ordinary income. 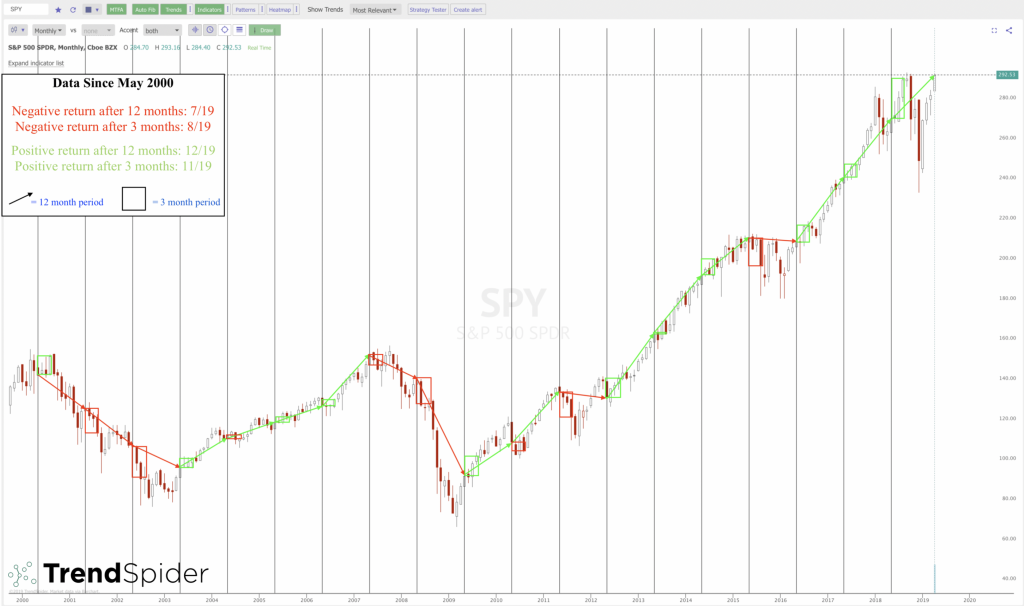 Reasons for These Trends

There is no shortage of theories speculating why stocks underperform during the summer months—both from academic researchers and long-time active traders.

Some of the most popular theories include:

These reasons may or may not be true. While there’s some historical data supporting these claims, the observations could simply be random events that will eventually disappear along a longer timeframe. This means that traders should consider these theories for what they are—theories.

How Should Traders React

Most long-term investors are best off holding their stocks throughout the year for two reasons. First, the average performance during summer months is still higher than zero and many alternative assets. And second, the tax implications of buying and selling each year can be significant, especially if it pushes an investor into ordinary income tax brackets.

Active traders may take a different outlook on the market. For example, they could dial back their long exposure and shift towards short positions during the summer months. There may also be opportunities to shift long positions into alternative assets during these times, which could offers superior returns when stocks are heading lower.

The “sell in May and go away” advice may be more accurate than most trading adages, but that doesn’t mean that all traders and investors are better off selling into cash. Long-term investors are often better off holding positions over the long term, but short-term traders may benefit from tweaking their long/short ratios during these times to tilt the odds in their favor.