Last week, we noted some ‘Zones Of Interest’ to be mindful of coming into this week. The lower zone was tagged across all the major indices and was immediately rejected on the news of a higher-than-expected CPI number. Then came the jobless claims number, which was cooler than expected, and the retail sales number, which was also hotter than expected. These circumstances created the perfect storm for markets to correct, creating bearish engulfing candle patterns on all the indices. Though we could bounce in the near term, it seems indices are potentially setting up for their next leg lower in the weeks to come. We’ll go into a little more detail below, but first, a word from Jake! 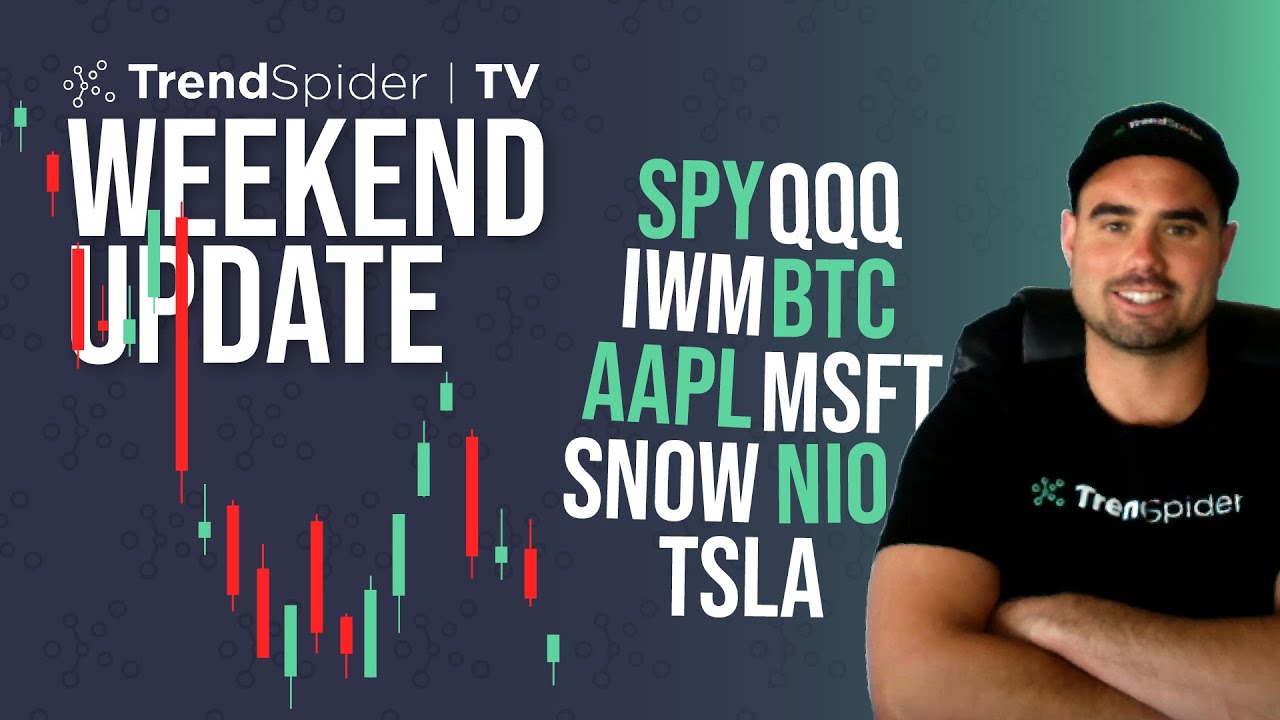 This week, the SPY ETF closed at $385.64 (-5.15%), getting rejected at the zone of interest from last week. We’ll be looking for the ‘Next level of potential support’ to hold around $377.91, but if price fails there, the June lows will almost certainly be tested and it also opens the door for the October 2020 pivot lows to come back into play. 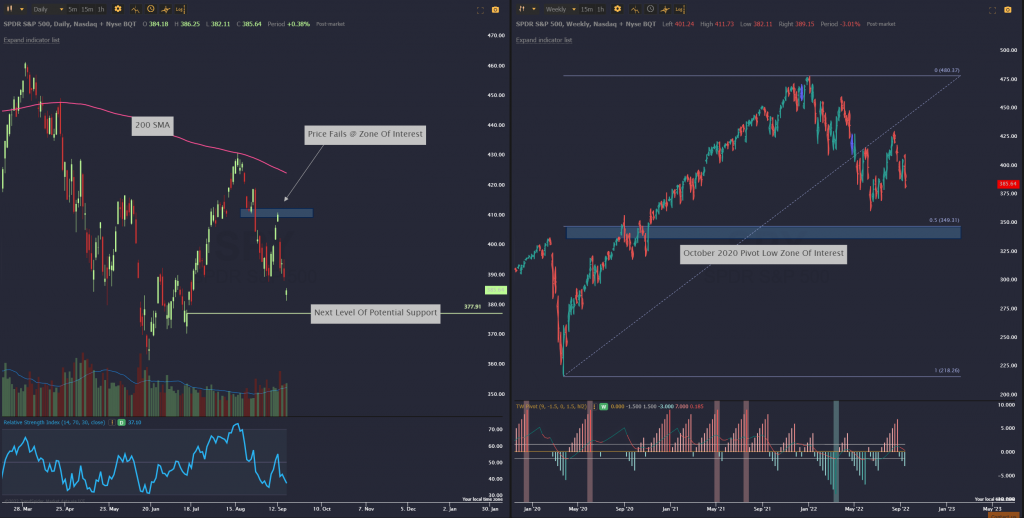 This week, the QQQ ETF closed at $289.20 (-5.83%). Much like SPY, price tested the lower zone of interest mentioned last week and promptly failed. For now, it’s putting in a higher low but the June lows could come into play in the coming weeks. Below that, we look to the Pre-Covid highs as the next level of support. 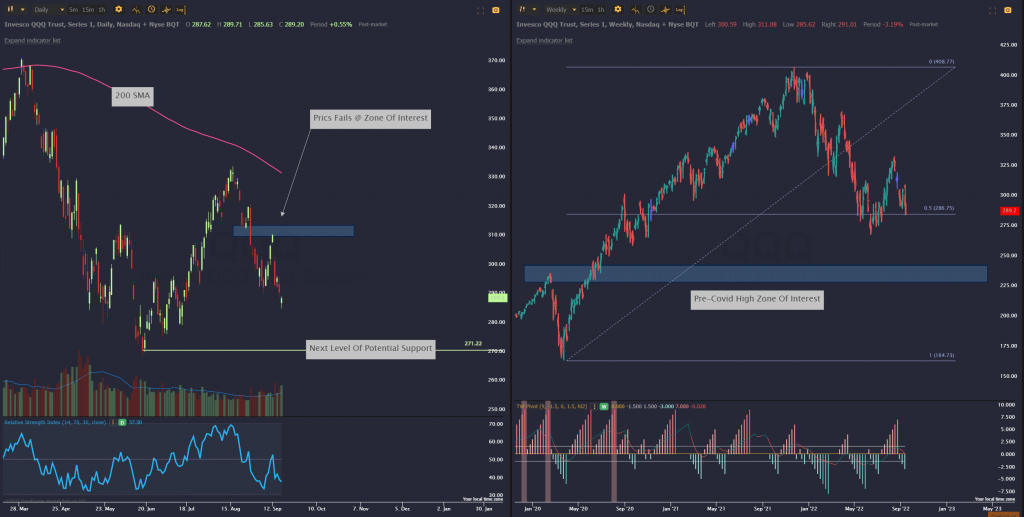 This week, the IWM ETF closed at $178.84 (-4.57%), making it the strongest performer of the bunch, percentage-wise, for another week. The next level of potential support lies quite lower, at $168.68, and below that, we look to the October 2020 lows to hopefully catch price. 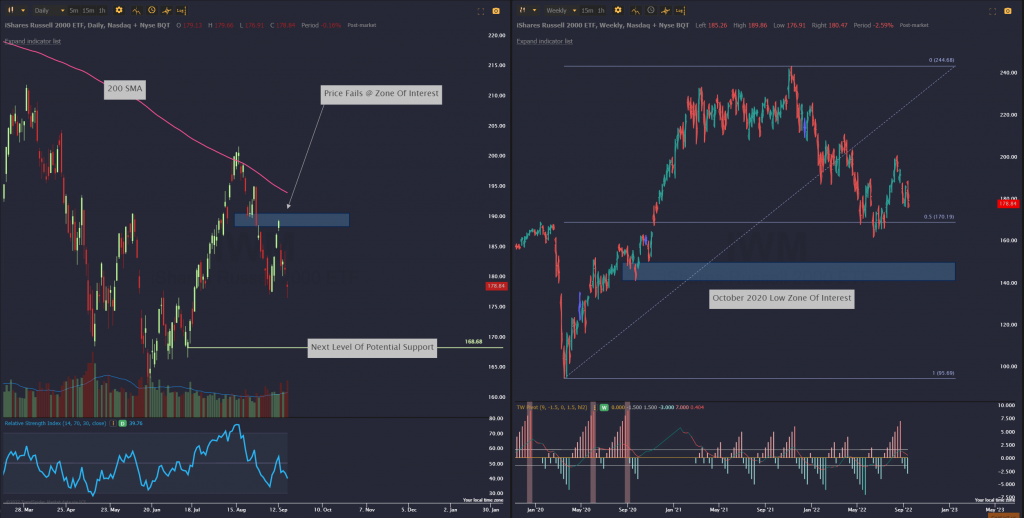 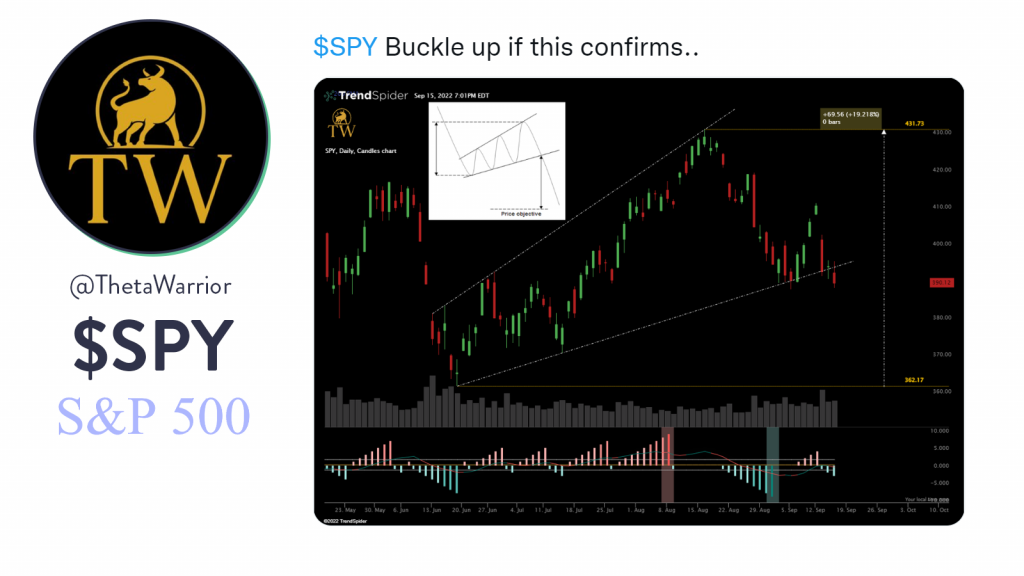 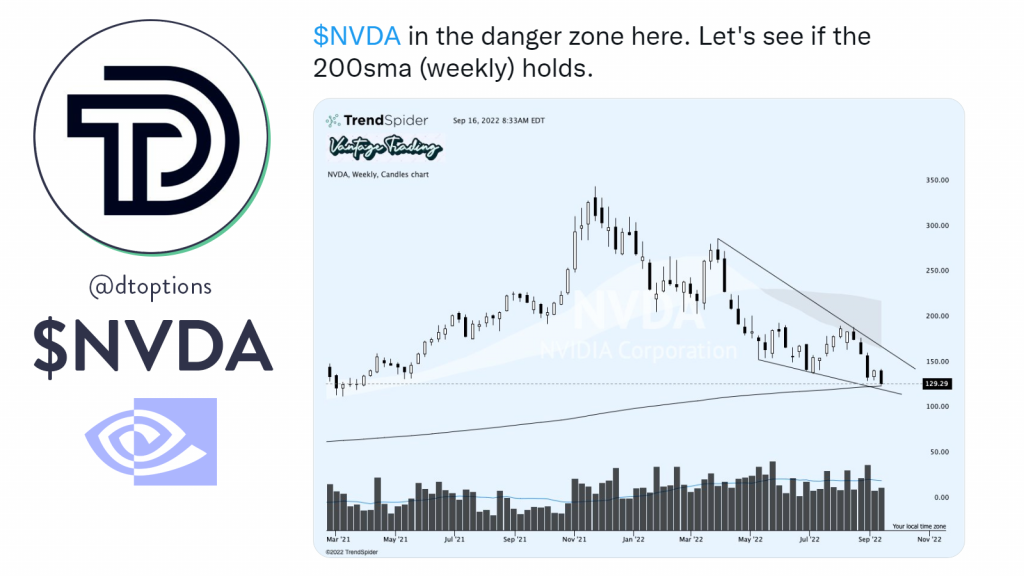 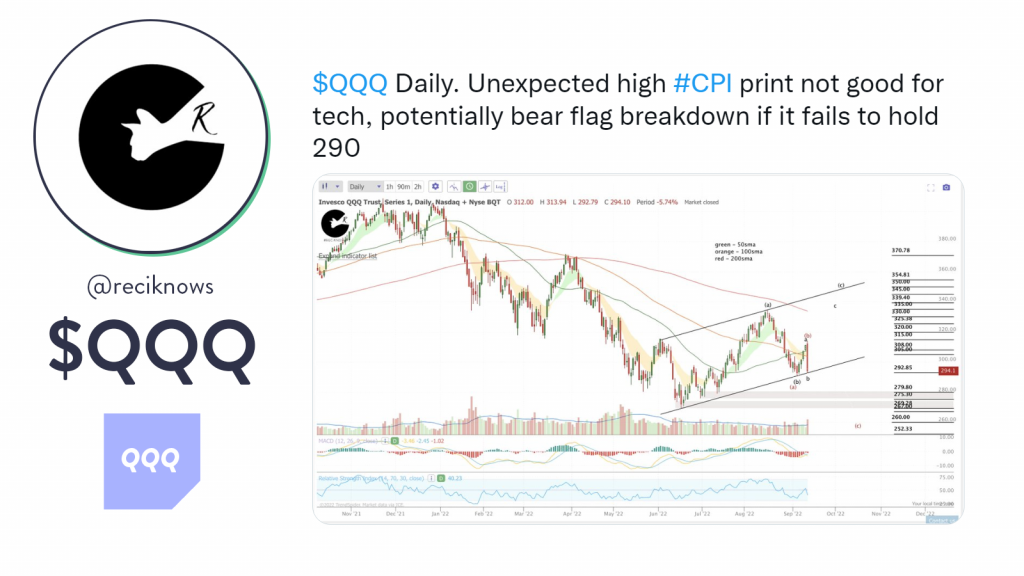