Last week’s gains were nice, but they sure were fleeting, as they were almost completely given back by the end of this week. The real blow came on Wednesday afternoon when Jerome Powell dashed bulls’ hopes with a 75bps interest rate hike and a strongly hawkish stance on what to expect from the Fed in the months to come. The bulls stood back up on Friday, with a strong end-of-day rally, but whether that action was enough to see continuation into next week is yet to be seen. Noted in the charts below is the weekly 50/100 SMA cross down on the SPY index. This could prove to be an important thing to watch, as the same occurrence has led to extreme drops in both 2001 and 2008. We’ll dig into the individual names below.

This week, the SPY ETF closed at $376.35 (-3.26%), giving back all of what it gained last week, but closing above the aVWAP from the October low and Point-Of-Control from the August high. As mentioned in the opening, the weekly 50/100 SMA cross-down is something to keep a close eye on, as it has led to nearly 50% drops the last two out of three times it’s occurred. 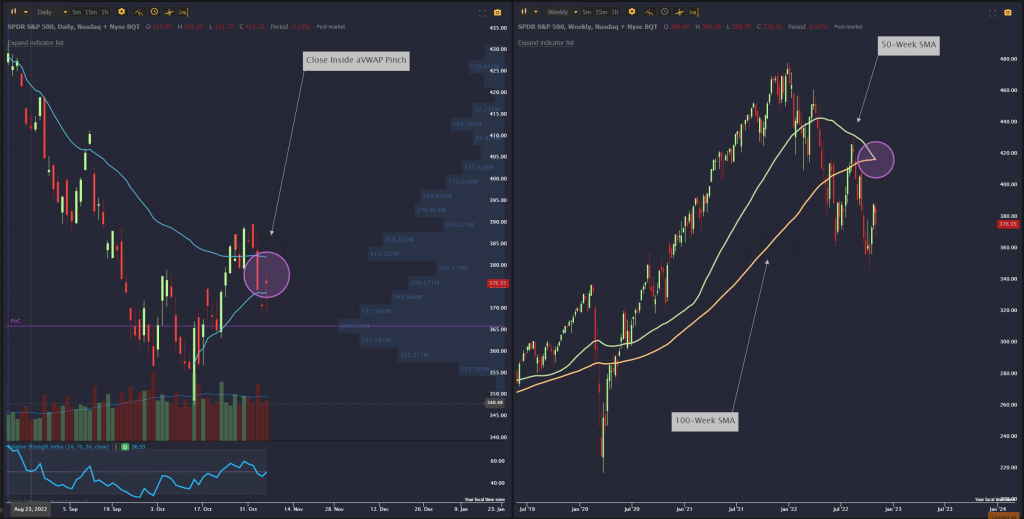 This week, the QQQ ETF closed at $264.68 (-5.88%). Much like the SPY, this index gave back all of its previous week’s gains, closing below the aVWAP from the October low as well as the Point-Of-Control from the August high. The weekly 50/100 cross-down occurred a number of weeks ago, a further warning shot for the potential of continuation lower.

This week, the IWM ETF closed at $178.68 (-2.45%), making it the least weak of the three indices. It closed above the important aVWAPs but just below the Point-Of-Control from the August high. That PoC level will be an important level to gain in the coming sessions. 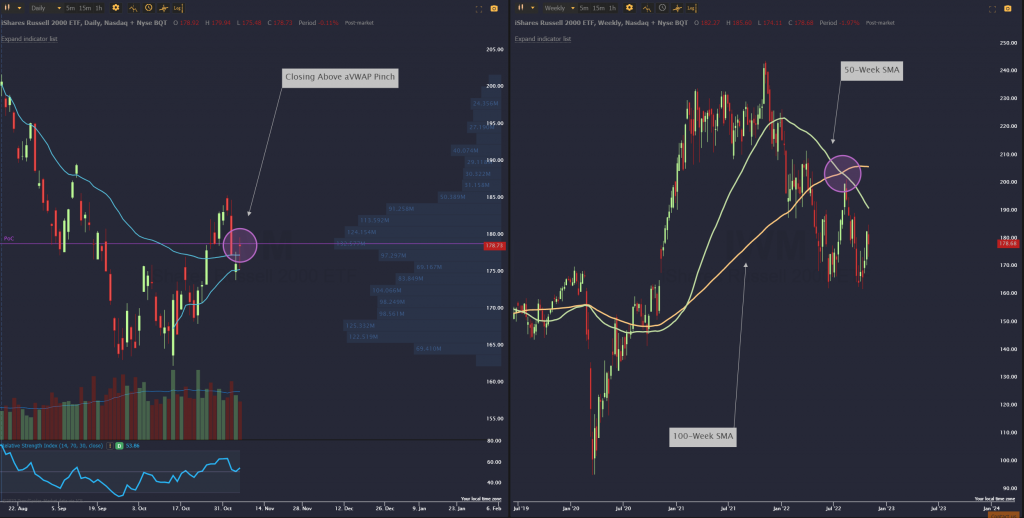 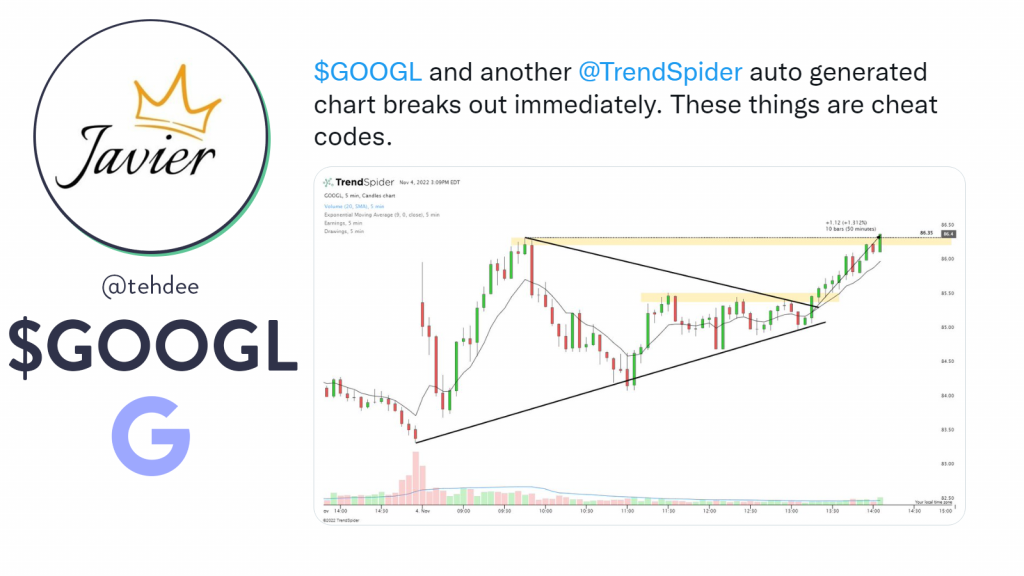 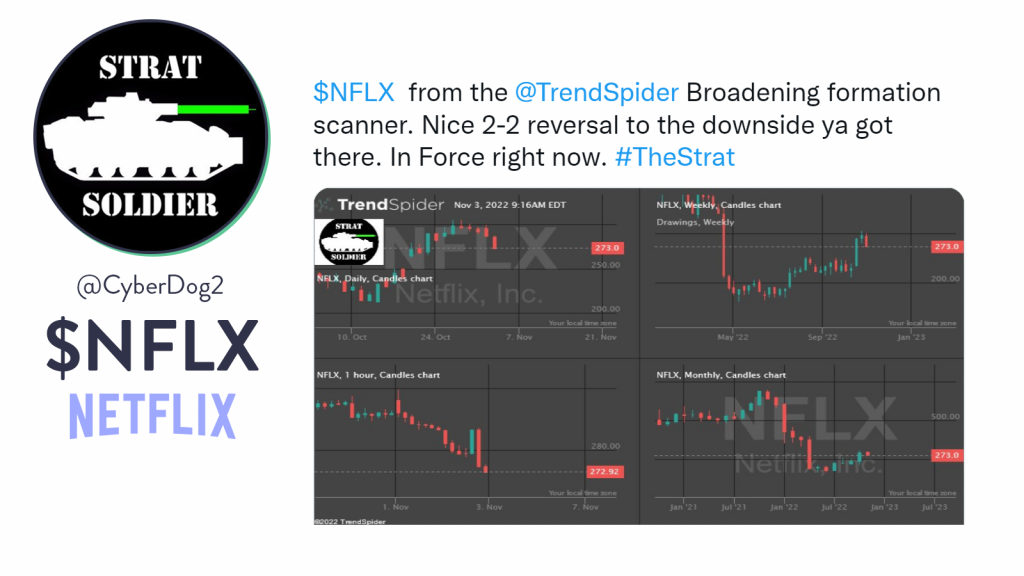 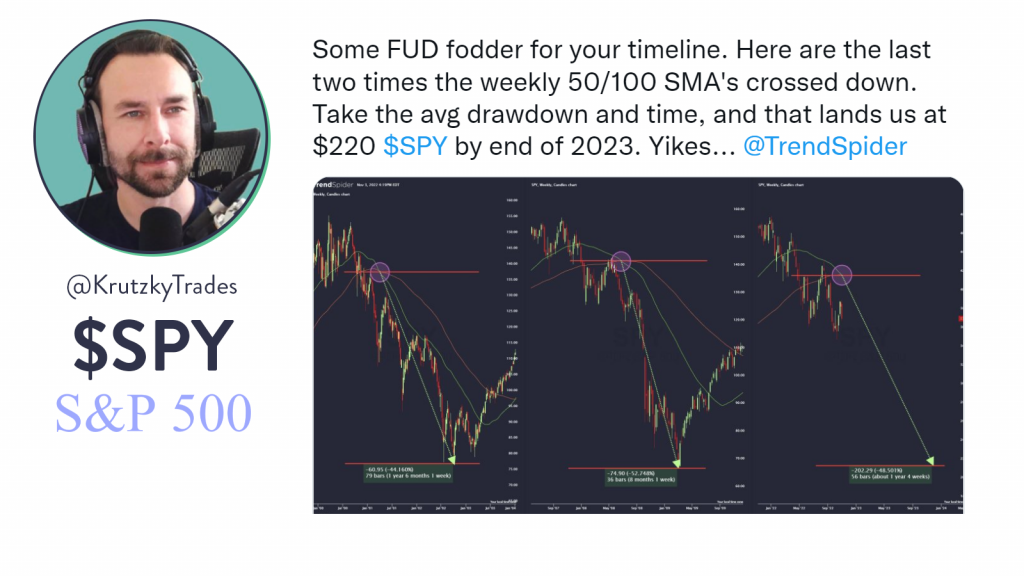