Skip to Main Content
BlogPrepare for the Trading WeekMarket Update Into July 5th: A Week Of Backtesting

After the strength seen across the indices last week, it was reasonable to expect a bit of a pullback this week to see if last week’s lows would hold. That being said, the week ended with fireworks which is only appropriate for 4th of July weekend! A potential ‘higher low’ was found on Thursday, but we’ll have to watch next week to see if this technical pullback can serve its purpose and allow markets to move higher in the coming weeks. Let’s dig into the individual names!

This week, the $SPY ETF closed at $381.2 (-2.28%), giving back some of what it gained last week but making new weekly highs against last week, as well. The June monthly candle closed below the aVWAP from the Covid lows, a warning shot for bulls who will want to see that reclaimed sooner than later. 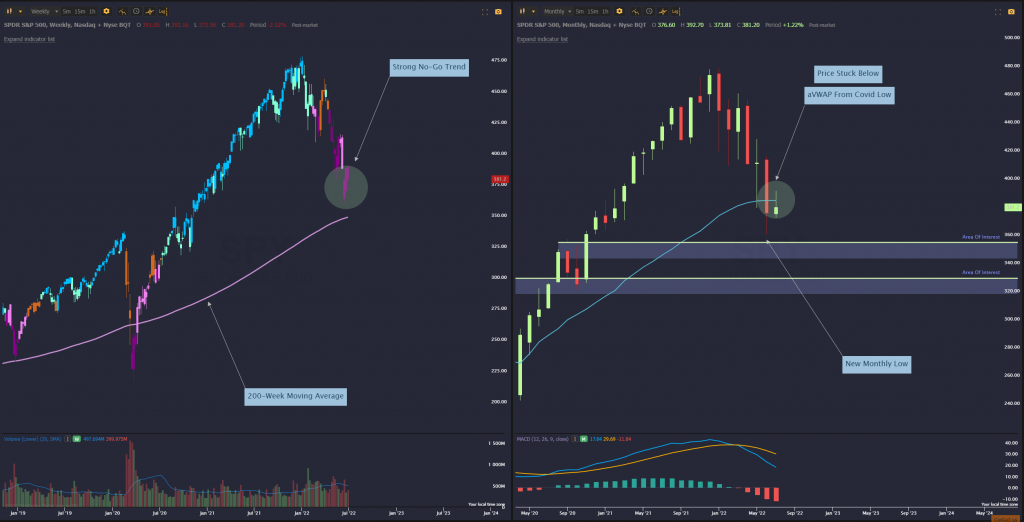 This week, the $QQQ ETF closed at $282.11 (-4.38%), and similar to the $SPY, gave back some of what it gained last week. This week’s outside bar signals that range is expanding, but price is holding at the 200-week moving average for now. Resistance above can be found at the high that was made on June 27th, around $296. 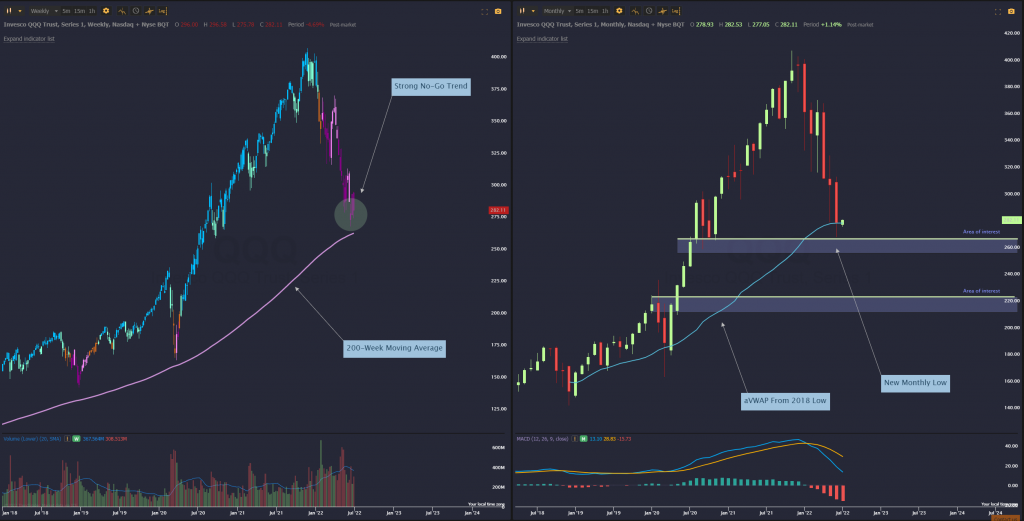 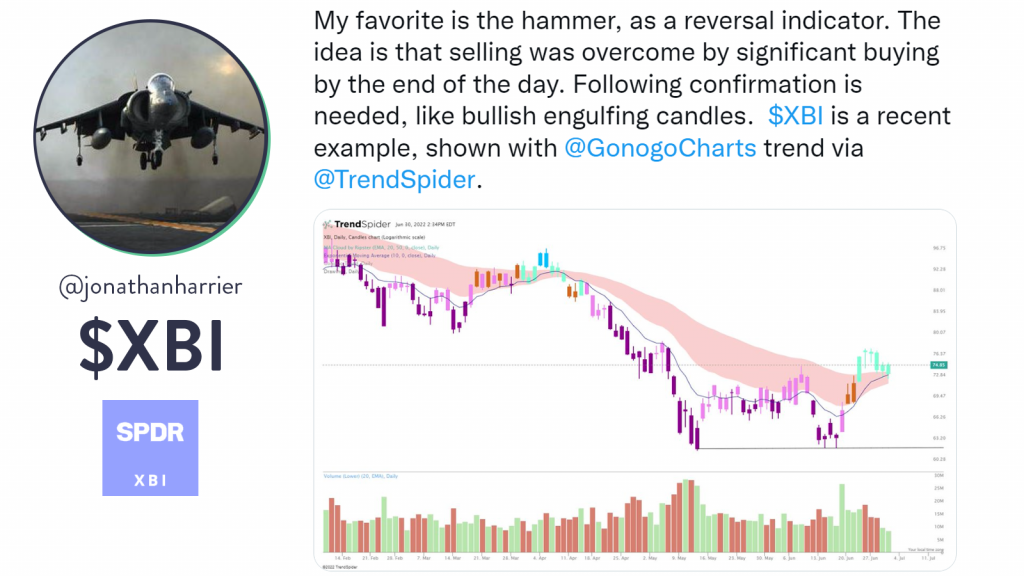 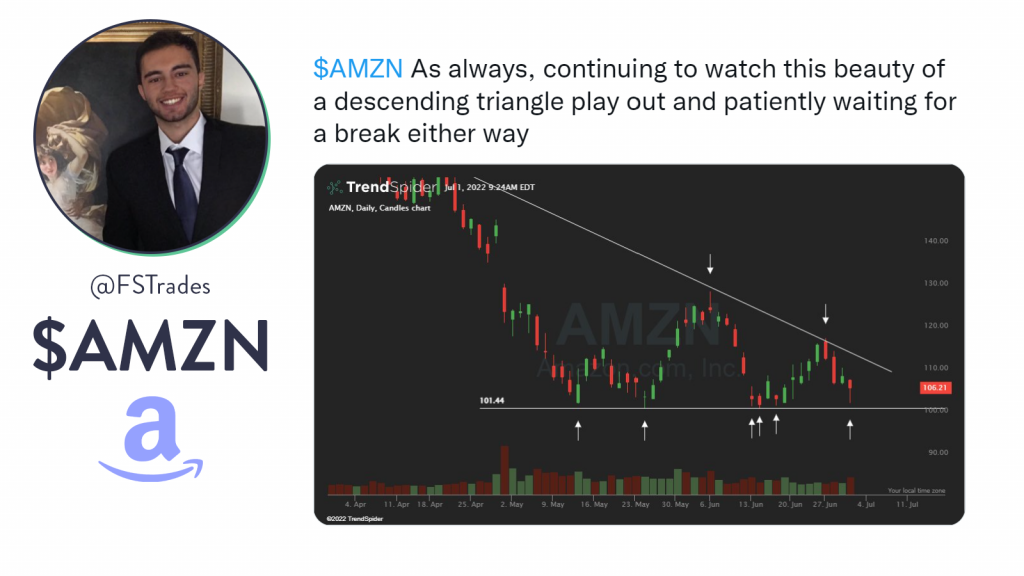 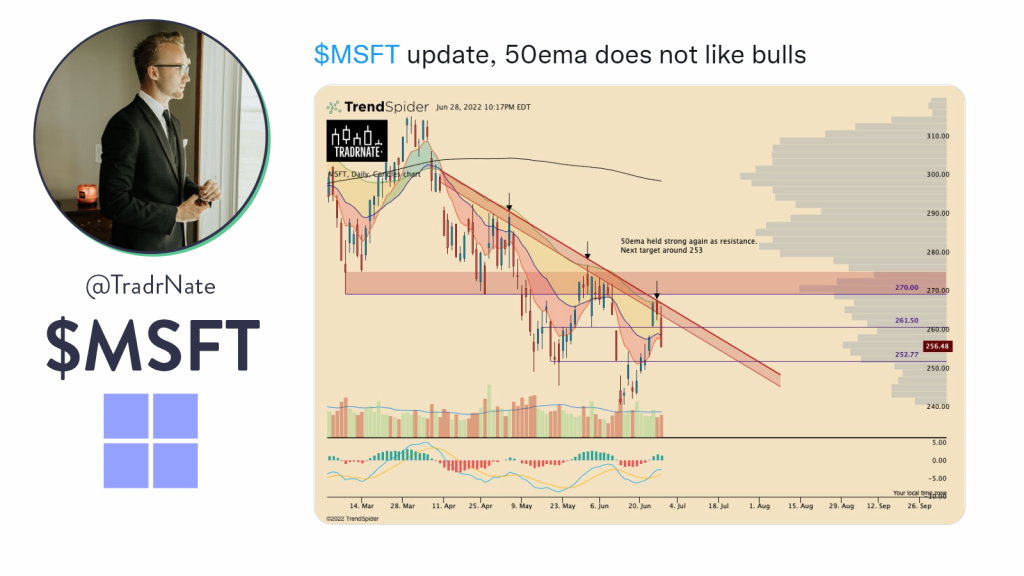