Skip to Main Content
BlogPrepare for the Trading WeekMarket Update Into August 22nd: Markets Cooling Off?

There’s been a lot of talk lately as to when markets might lose some of the wind from their sails and it seems that those worries could be coming into fruition now. We saw indices stall and consolidate at or near their 200-SMA’s before turning down on Friday, leaving traders to wonder what lies ahead. Whether the move over the past month has been just a bear market rally or something more is yet to be known, but we’ll dig into the individual names below and see where we are. First, however, an update from Jake! 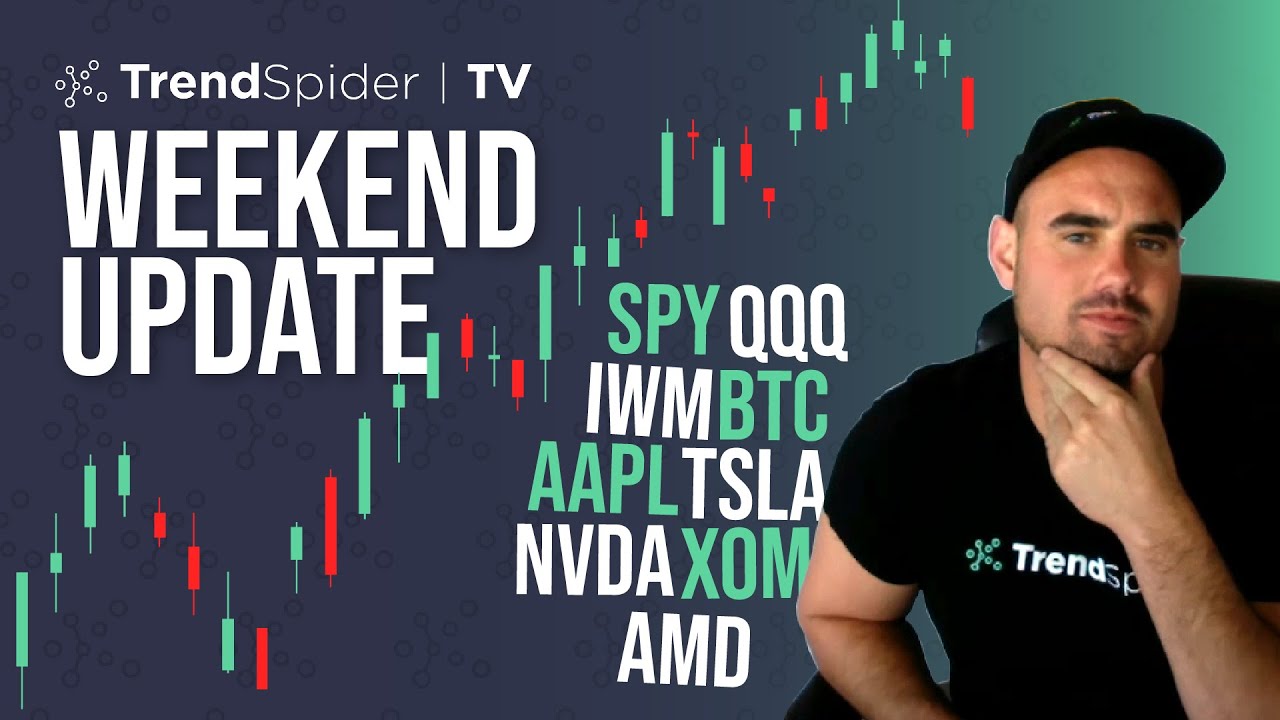 This week, the $SPY ETF closed at $422.14 (-1.16%), making it the strongest performer of the group. This is a trend change, as this index has lagged behind in weeks prior. Resistance was found right at the 200-Day SMA and the downward sloping trendline from the all-time high. A potential support zone below can be found in the $417 area, where price consolidated previously.

This week, the $QQQ ETF closed at $322.88 (–2.52%). making it the second strongest performer. This is the only index that hasn’t quite yet made it to its 200-Day SMA. If a mover lower comes next week, we’ll be looking for support near the previous consolidation zone around $310, which happens to align with the aVWAP from the recent higher low.

This week, the $IWM ETF closed at $194.62 (-2.85%), making it the weakest performer of the indices. This is a change of trend for this name, as it’s been leading relative to the $SPY and the $QQQ for much of this bull run. Resistance was found at the 200-Day SMA, and if it continues lower, we might look for support near the $190 level, which coincides relatively nicely with the aVWAP from the recent higher low. 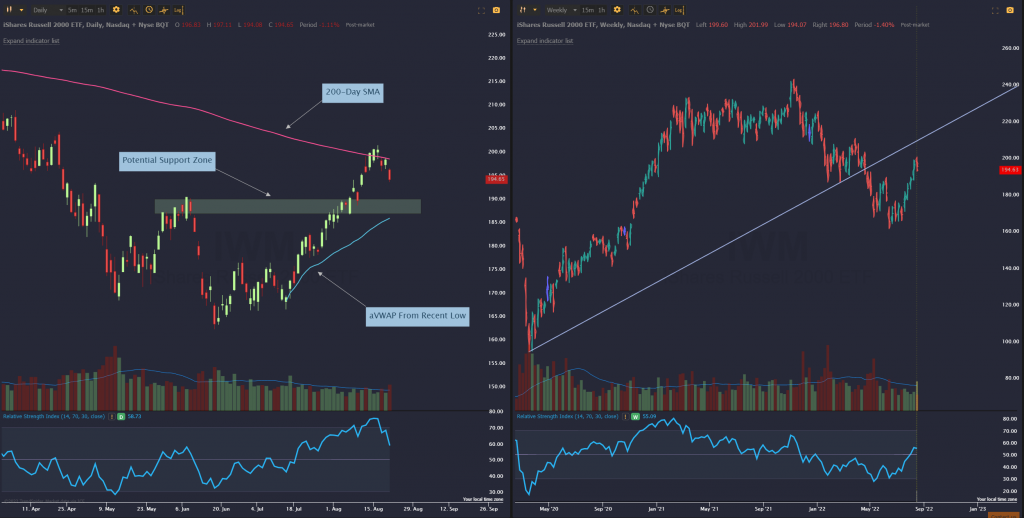 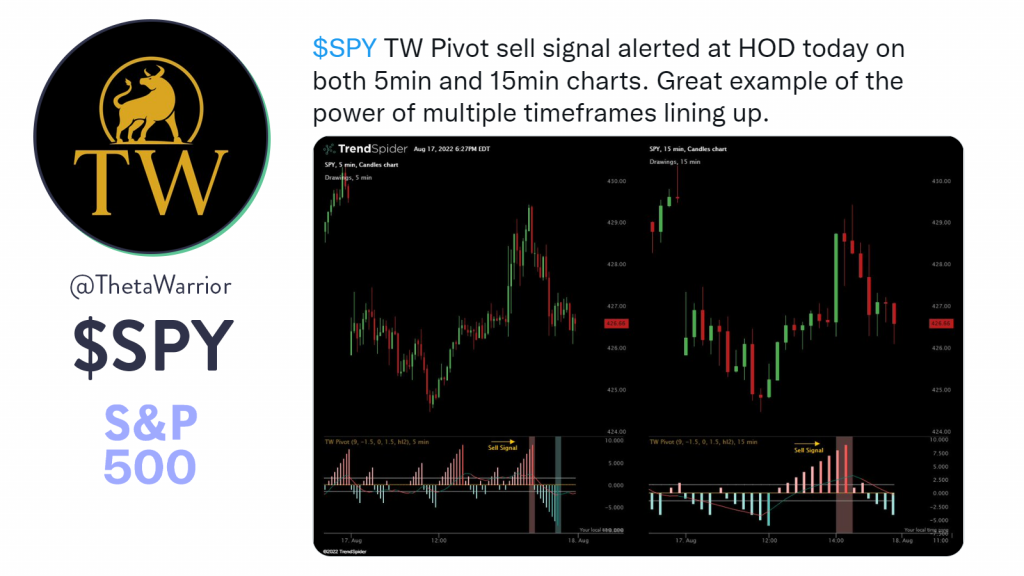 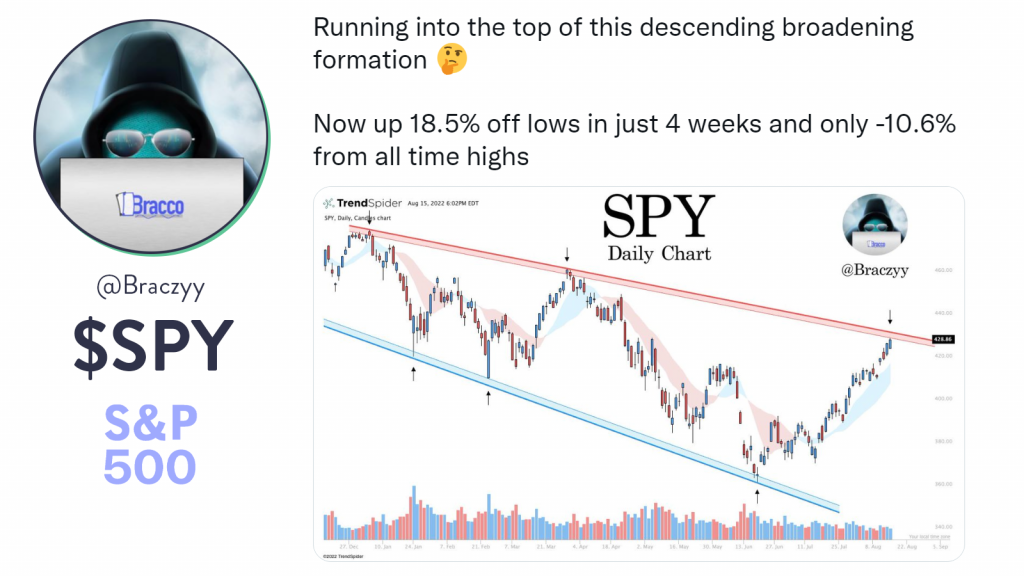