The bulls came to party this week, and what a party they had! Recession was redefined, the market shrugged it off, and new highs were made against last week’s highs across all of the major indices. Let’s dig into the individual names below.

This week, the $SPY ETF closed at $411.99 (+4.28%), ending the month just shy of putting in an engulfing bullish candle pattern. The aVWAP from the ATH as well as the 200-period SMA loom above. Traders and investors, alike, will certainly have their eyes on both of these levels. 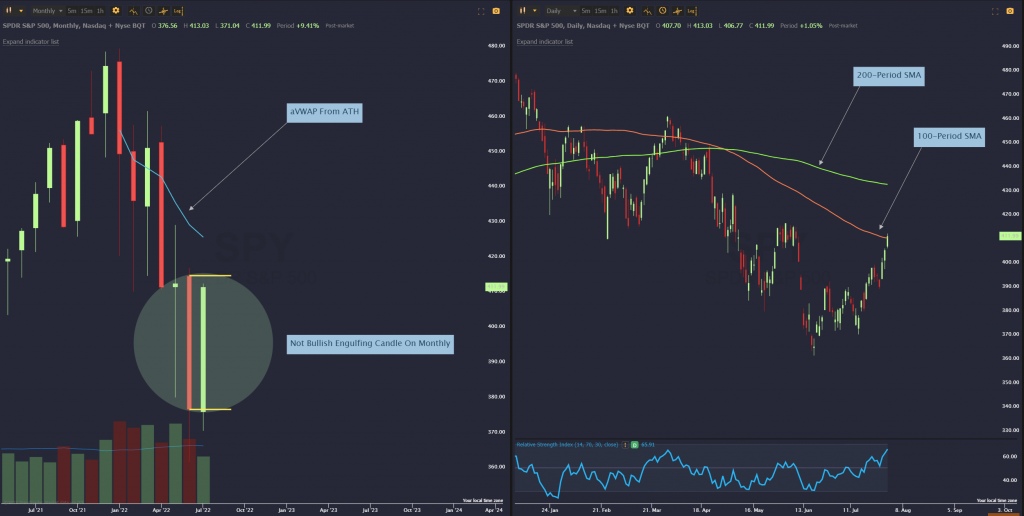 This week, the $QQQ ETF closed at $315.46 (+4.46%). Unlike the $SPY, this index did manage to put in a monthly bullish engulfing candle pattern. The aVWAP from the ATH and the 200-period SMA could both be levels of interest in the coming weeks.

This week, the $IWM ETF closed at $187.25 (+4.31%). Much like the $QQQ, this index put in a bullish engulfing candle on the monthly time frame. As well, like the other indices, the 200-period SMA and the aVWAP from the ATH could come into play in the coming weeks. 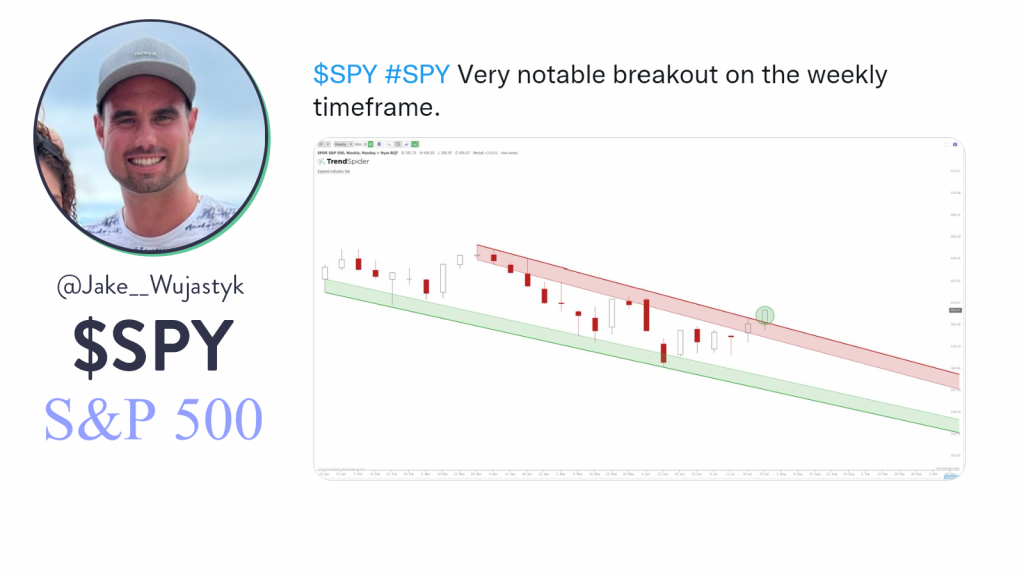 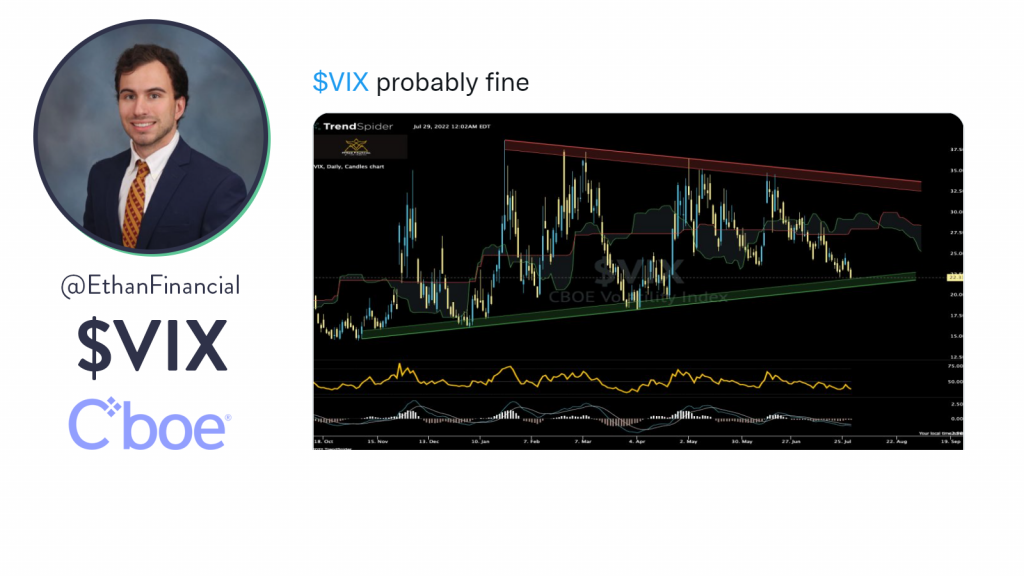 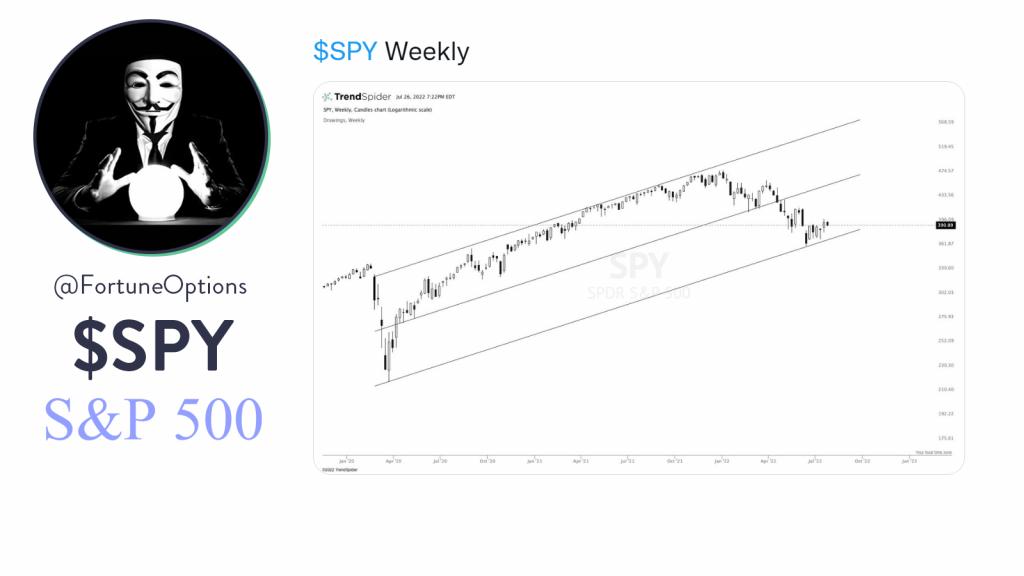