Skip to Main Content
BlogPrepare for the Trading WeekMarket Update Into 4/18: The Weakness Continues

As we suspected last week, the downward momentum continued across the markets this week. New relative lows were made in the $SPY and $QQQ, with a bright spot being found in the $IWM. There are some clear inverse head and shoulders patterns forming which could be seen as constructive. Oftentimes, however, markets don’t move as easily as traders expect so it’s worth noting some important levels of interest below as price could easily find itself at those levels in the weeks to come. Details on the individual indices after the jump, but first, an update from Jake! 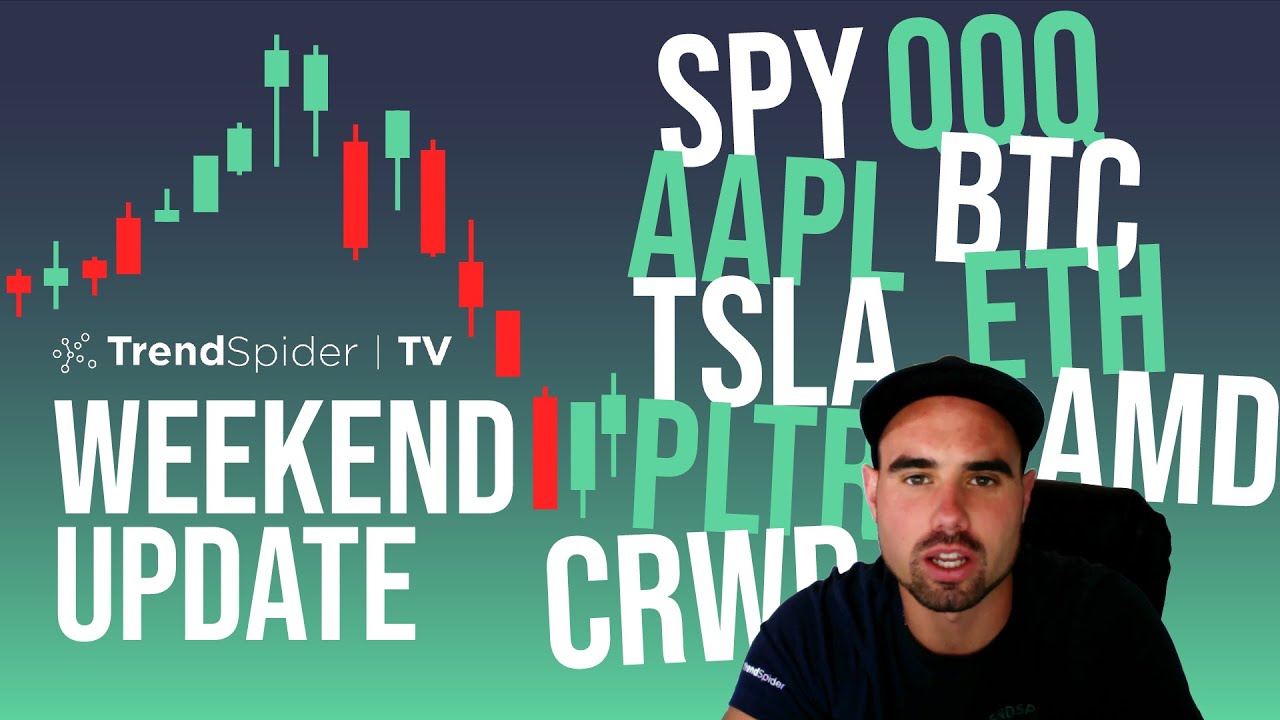 This week, the $SPY ETF closed at $437.86 (-2.17%). Early in the week, price failed and then was rejected by the aVWAP from recent highs. This is a pivotal level lost, and bulls will want to see this regained sooner than later. Of note, also, is RSI which is losing the pivotal 50 level on the weekly time frame. We’ve included some lower levels of interest on the chart below. Do also note the GoNoGo indicator flashing a ‘neutral’ signal on the daily time frame.

This week, the $QQQ ETF closed at $338.43 (-3.07%), making it the weakest performer of the three indices. Much like the $SPY, this index managed to break last week’s lows which does suggest that a continuation to the downside is likely. As well, RSI is firmly below the 50 level on the weekly time frame. Some lower levels of interest can be seen on the chart below. Note the GoNoGo indicator moving from a ‘neutral’ signal to a ‘weak no go’ signal on the daily time frame. 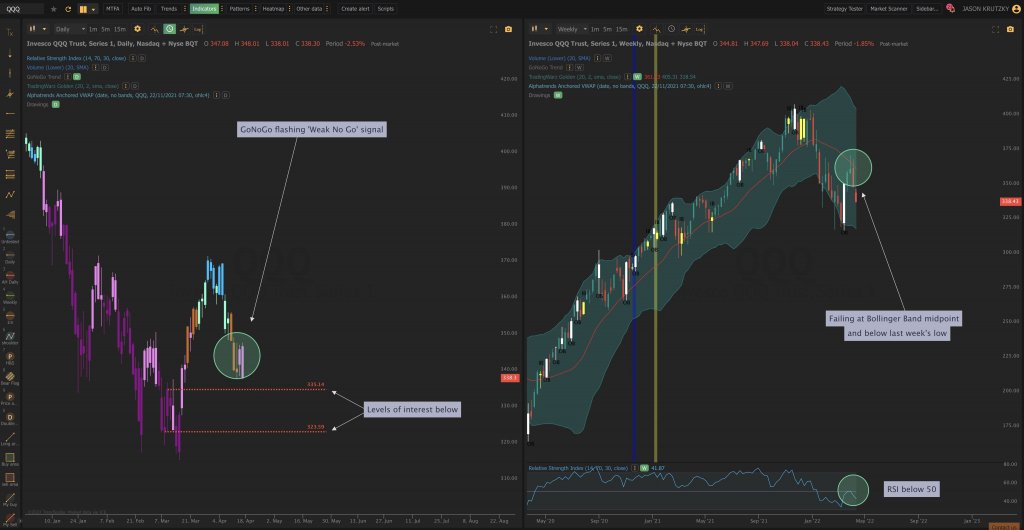 This week, the $IWM ETF closed at $198.93 (+0.54), making it the strongest performer of the three major indices. Resistance was found at the aVWAP from the January high, but a bright spot is that the weekly candle did close higher than last week’s low, a fundamental difference in comparison to its counterparts. We can also see the GoNoGo indicator moving from a ‘weak no go’ signal to a ‘neutral’ signal on the daily time frame. 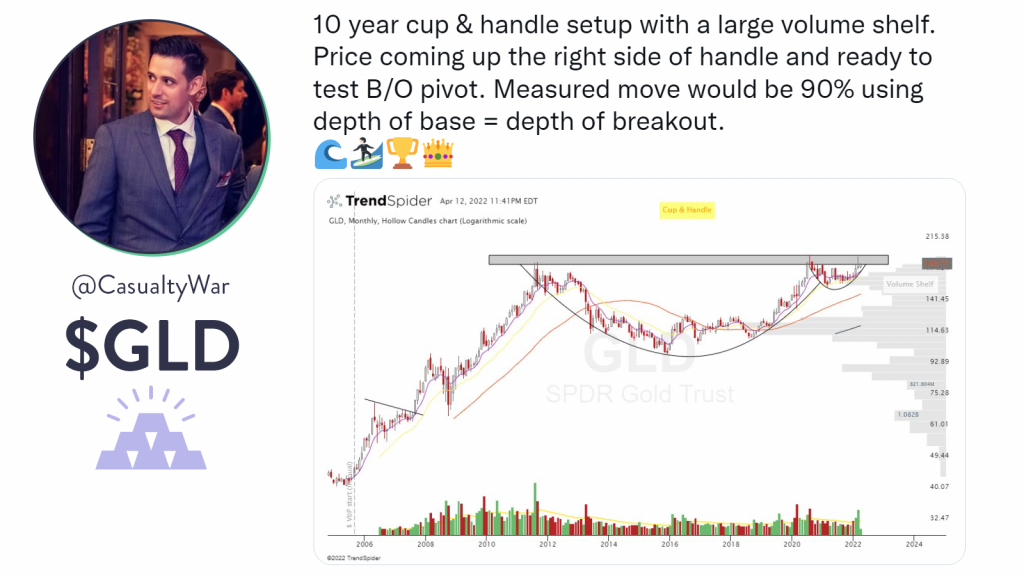 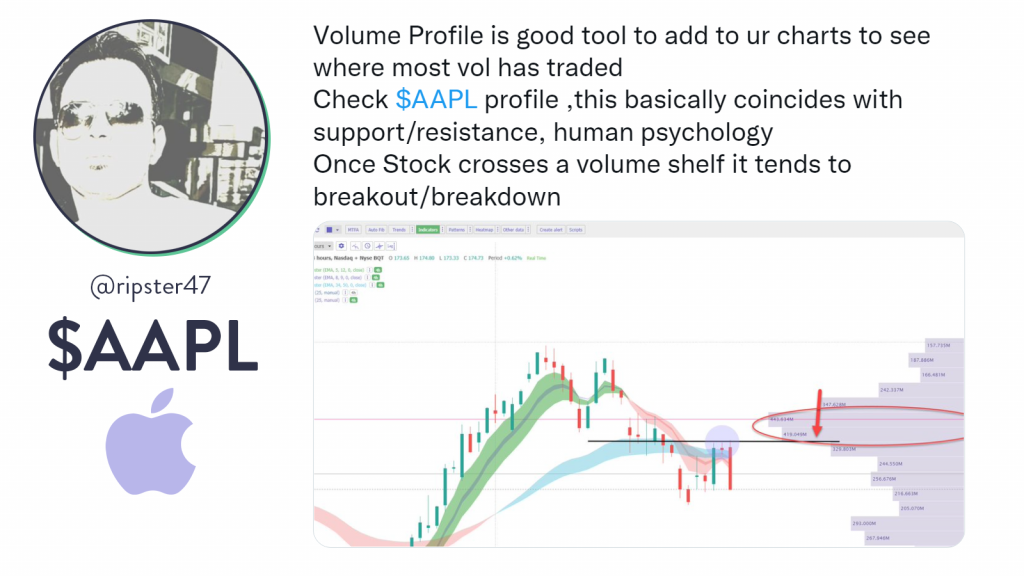 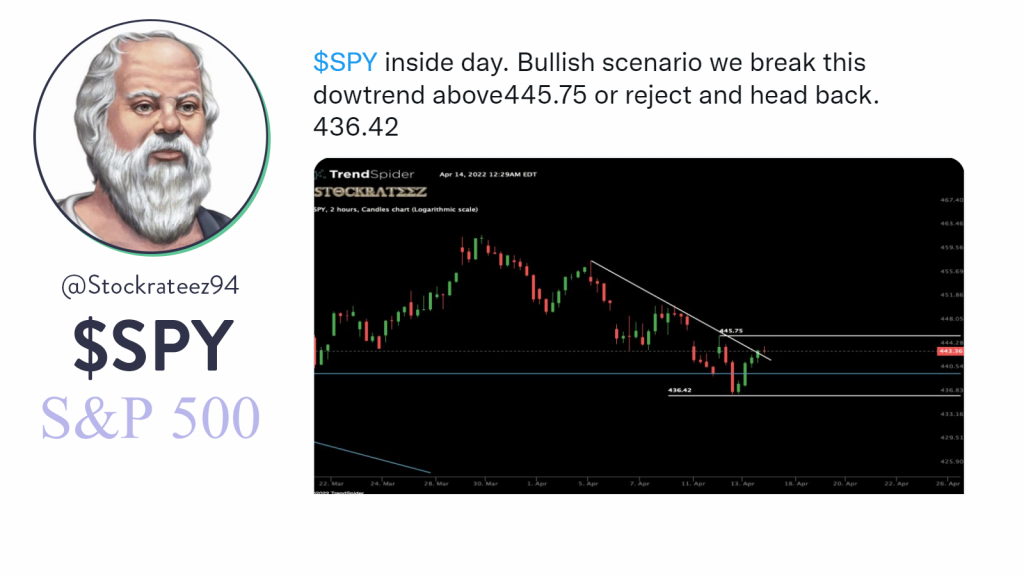