Skip to Main Content
BlogPrepare for the Trading WeekMarket Update Into 4/11: A Frustrating Week for Bulls and Bears

After the strength that was seen over the past few weeks, it’s no surprise to see the major indices stalling at key levels of resistance this week. When we look at the daily time frame, we see some potentially constructive action, but zooming out gives us a slightly different picture. More will be known in the weeks to come as the market digests the huge move that was made off the recent lows, but it is clear that bulls still have some work to do in order to solidify a continuation of the move higher. Let’s dig into the individual names!

This week, the $SPY ETF closed at $447.61 (-1.17%). Support was found at the aVWAP from ATHs, but price is closing well off its most recent highs. The weekly candle is a bit discouraging looking, failing to make a new high and stuck below a major level of resistance. 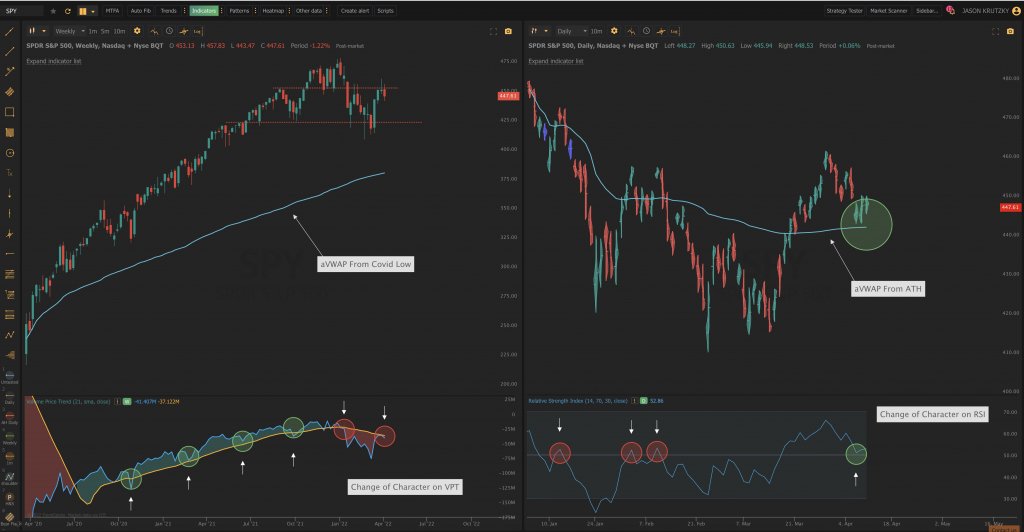 This week, the $QQQ ETF closed at $349.08 (-3.53%). Though the week started off promising, price quickly fell and closed below the aVWAP from ATHs. Like the $SPY, price was unable to make a new high this week, and is now firmly below a major area of resistance. 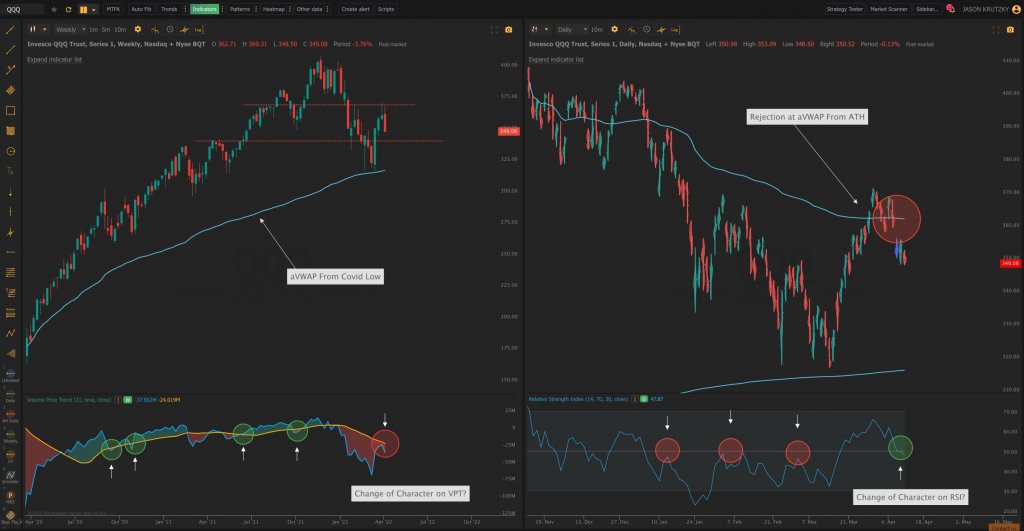 This week, the $IWM ETF closed at $197.97 (-4.63). Though price attempted to reclaim the ATH aVWAP early in the week, it was immediately rejected and the weekly candle closed sharply lower. It does appear that another test of the aVWAP from the Covid lows could be in store in the coming weeks. 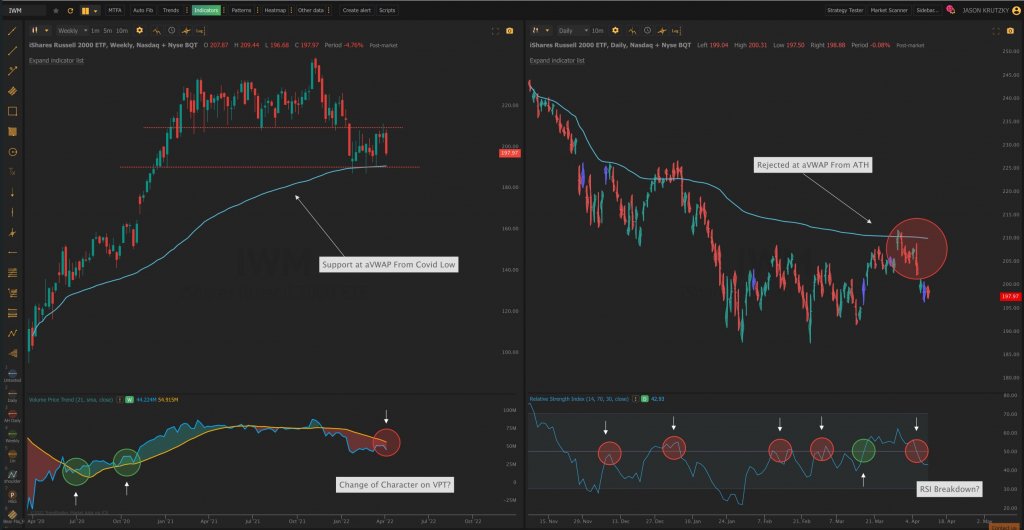 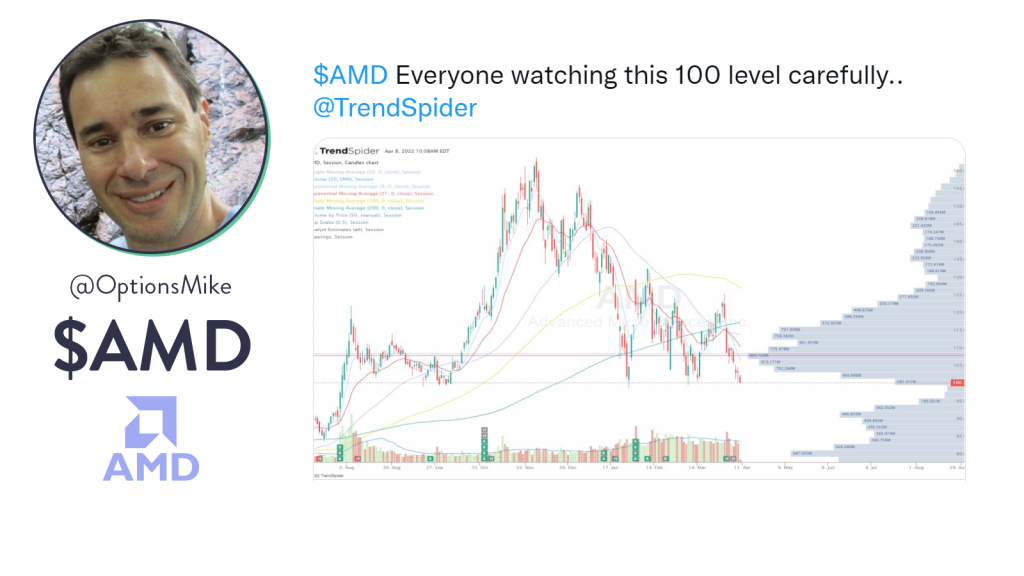 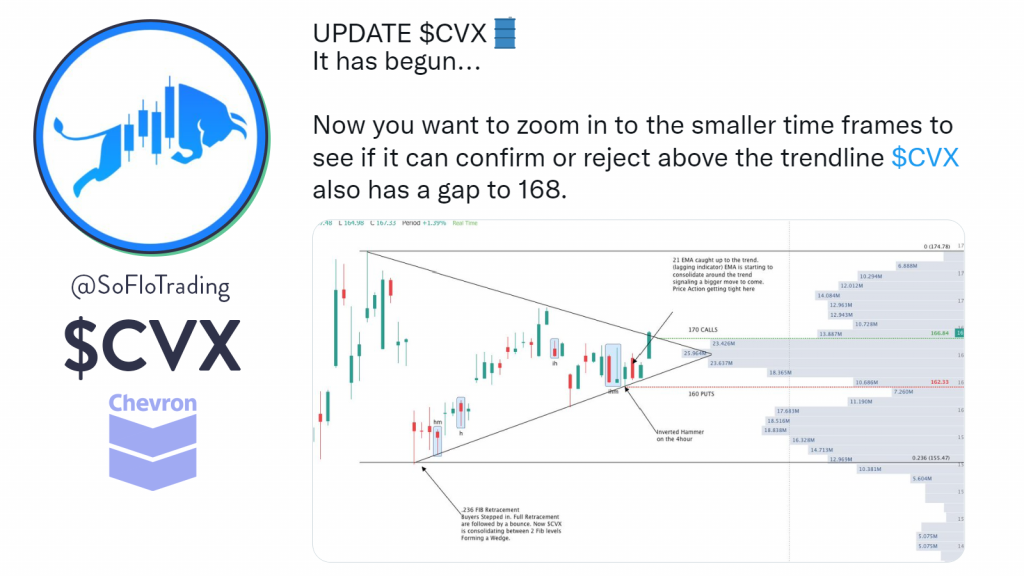