Candlestick patterns are a great decisions support tool for active traders. While dragonfly and gravestone doji may not be 100% accurate on their own, they can be incredibly useful for confirming a bullish or bearish reversal that’s supported with other technical indicators or chart patterns.

Let’s take a look at how to use both of these important reversal candlestick patterns to improve your trading.

Dragonfly doji have no upper shadow and a long lower shadow, which suggests that bulls regained control over the price after strong selling pressure. When they occur after a downtrend, these candlestick patterns can predict a bullish reversal, especially if they occur on higher than average volume. 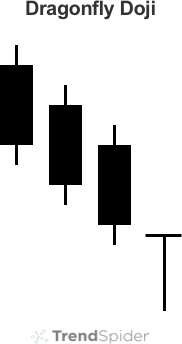 If the dragonfly doji appears after an uptrend, it could be a neutral to bearish indicator. Traders may interpret it the same way that they would interpret an inverted hammer, but the signal wouldn’t be quite as strong. The amount of volume would play an important role in the interpretation, too.

Gravestone doji have no lower shadow and a long upper shadow, which suggests that bears regained control over the price after strong buying pressure. When they occur after an uptrend, these candlestick patterns can predict a bearish reversal, especially if they occur on higher than average volume. 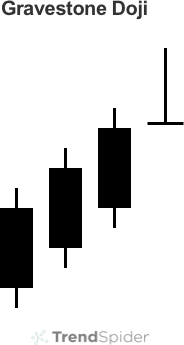 Like the dragonfly doji, if the gravestone doji appears after a downtrend, it could be interpreted as a neutral to bullish indicator, similar to a hammer. It’s important to take the amount of volume into consideration, as well as look at other technical indicators that could provide additional hints.

How to Trade Them

Dragonfly and gravestone doji can appear fairly frequently within a chart. In many cases, the signal is not very strong and they should be ignored, but there are some instances where they can provide a very strong signal. It’s important to be aware of the factors that influence the signal strength.

The key factors to watch for include:

By keeping these factors in mind, you can filter out the dragonfly and gravestone doji that matter from the noise.

Let’s take a look at how dragonfly and gravestone doji can play a role in decision support using real-life examples.

The following S&P 500 SPDR (SPY) chart shows several gravestone doji that were automatically identified using TrendSpider. In each case, the gravestone doji were followed by a bearish reversal, as the candlestick pattern would predict. These reversals could be confirmed with other indicators as well. 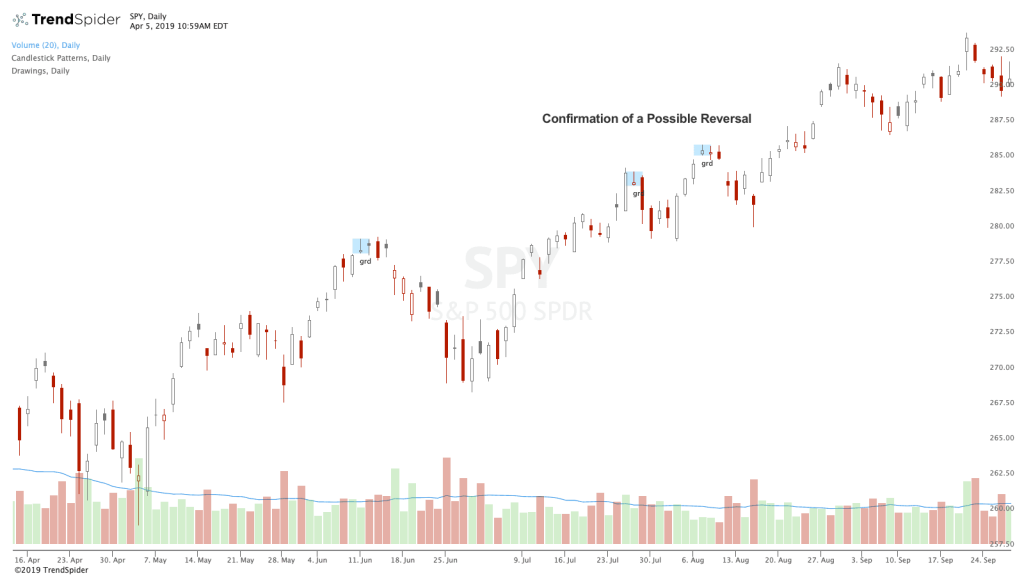 Dragonfly doji can also be used to confirm bullish uptrends in the following chart showing the S&P 500 SPDR (SPY) at a different point in time. In this case, traders looking for an entry point into the uptrend could have used the dragonfly doji as a confirmation that the uptrend would continue. 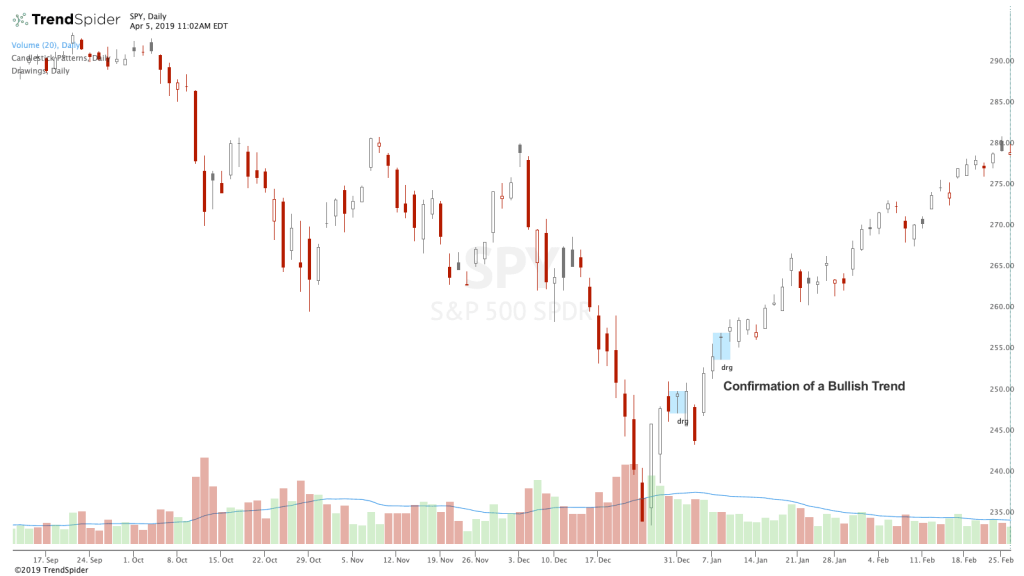 In both of these charts, the candlestick pattern provided decision support. They shouldn’t be used on their own to justify a long or short position, but in conjunction with other technical indicators, they are a great way to tilt the odds in your favor and make more profitable trades.

Candlestick charts are great for providing decision support to technical indicators and chart patterns. By identifying dragonfly and gravestone doji, you can increase your confidence in a trade and improve your odds of success.