Investors tend to focus more on market fundamentals than technical analysis, but there are a few technical indicators that carry weight across the board. For example, CNBC commonly cites the death cross as a bearish turning point for specific stocks or benchmark indices. These indicators tend to be less frequent than the day-to-day tools used by active traders, but when they occur, they can be a strong indicator of a change in long-term trend.

Let’s take a look at the death cross and its cousin, the golden cross, to see how they can be identified and used by both traders and investors.

What is a Death Cross?

There are three stages to a death cross:

Let’s take a look at a death cross in action: 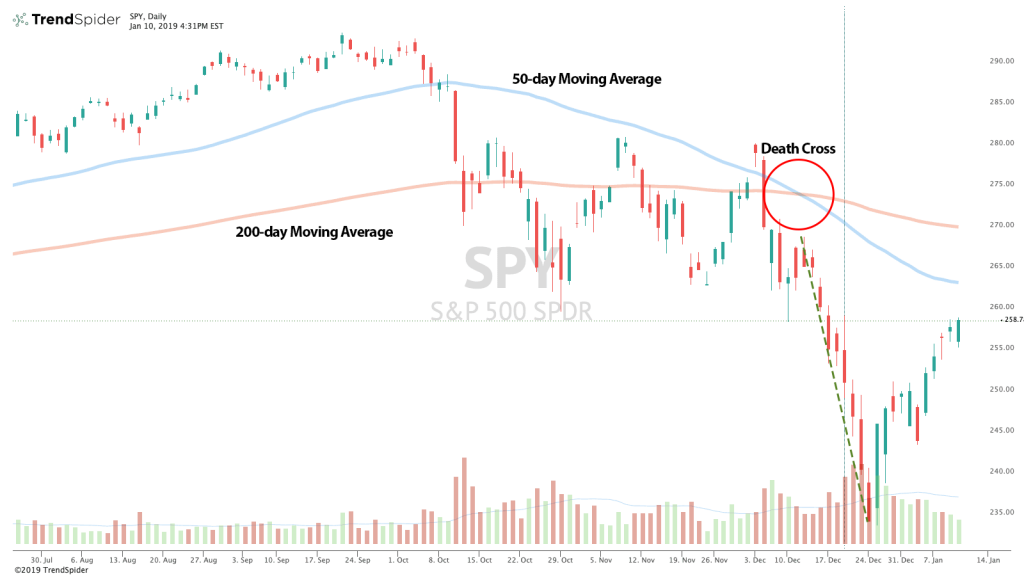 In this example, the SPDR S&P 500 ETF (SPY) experienced a death cross on November 30, 2018, which signaled the start of a potential downturn. The benchmark index was already trading well off of its September highs, but the bearish indicator successfully predicted a more than 15 percent decline before the index recovered to trend line resistance in December and January.

Short-term traders may have taken a short position in the benchmark ETF or long-term investors may have purchased protective puts or otherwise hedged their portfolio against the decline.

What is a Golden Cross?

There are three stages to the golden cross:

Let’s take a look at an example in action: 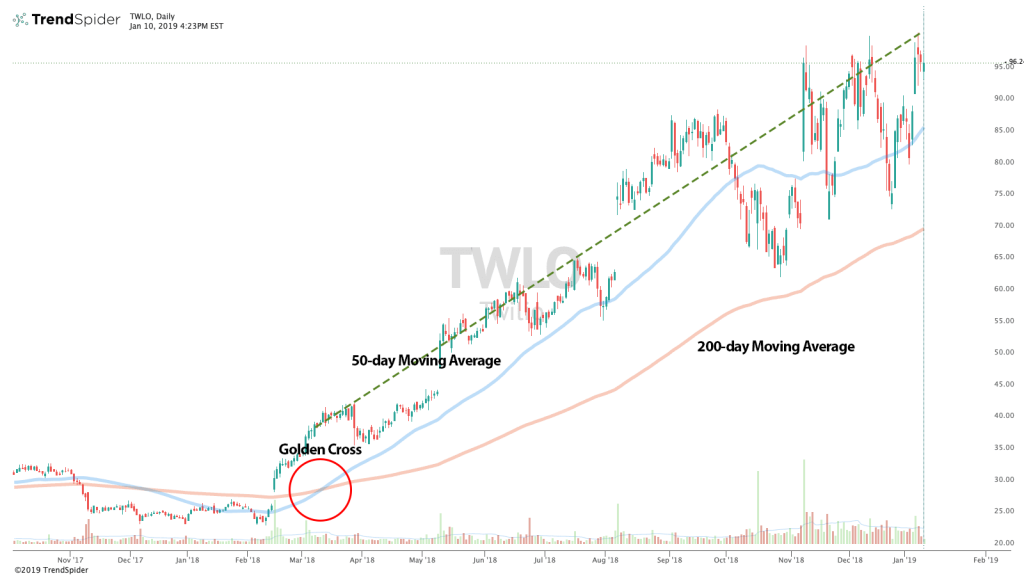 In this example, Twilio Inc. (TWLO) experienced a golden cross on March 12, 2018 and the stock rose nearly 140 percent over the ensuing year. The stock had already started to rise prior to the golden cross, but the signal confirmed that a long-term turnaround was in place.

Short-term traders may have decided to take a long position following the golden cross, while long-term investors may have added to their positions.

The death cross and golden cross are important indicators of a potential change in long-term trends. Short-term traders may screen for these crossovers and use them as a starting point for deeper analysis, while long-term investors may watch for crossovers in benchmark indices as a harbinger.

Like all technical indicators, it’s important to use the golden cross and death cross in conjunction with volume and other forms of technical analysis to confirm changes in trend and develop an exit strategy for the position.